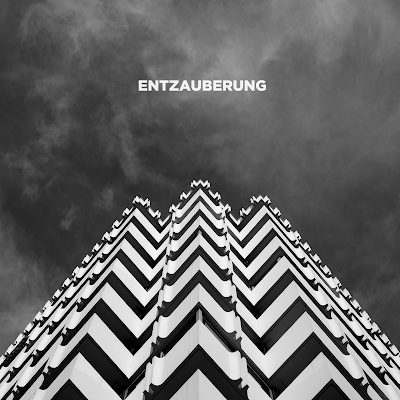 ENTZAUBERUNG is a solo project from Paris, France self described as an screamo/emo-violence project...so it obviously belongs here. The project began in 2014 and this is the third release, 'Drops', a full length focusing their song titles on massive collections of drops (aka clouds) and each song is named after a specific cloud formation. Today's premiere is track 6 of 10 and is titled "Nimbostratus". Idioteq.com will host a full stream with commentary on April 13th, 2018 so check that out!

(2018) ENTZAUBERUNG - "Nimbostratus" (from 'Drops')
At 1:01, "Nimbostratus" is on par with the rest of the album. In that time there's an audio clip coupled with with a engaging intro riff to start, followed by some ferocious, acidic and destroyed screaming (think Get Fucked or even Iscariote). About halfway through it pauses for an instant before the screamo hits hard, sounding like Daïtro with much darker, dual vocals. Damn, that's a banger. I should probably also mention that 'Drops' was mastered by Will Killingsworth. Cuz, y'know...Will Killingsworth.
Posted by Dave Norman at 19:53