I'm back at school for my final class and practicum so come summertime I will be able to delve more into this blog and bump the monthly reviews back to 13 or so. I recently interviewed Alex Bond of Sutek Conspiracy circa the early 2000s and I've linked it here. A few days ago I posted the OMSB Best Of 2015 lists which you can view here. Zampler #6 was released on January 1st and ran out of the 200 free downloads in less than 48 hours so there's a mega download link on the bandcamp page if you'd like to download the 25 tracks of awesomeness and that's linked here. There's massive ZBR news coming in February about the 2x12" 8-way/4-country gatefold split. Until then, here's is the tracklisting for last month's reviews and the new blog mix below. 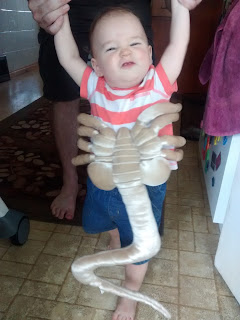 4) THIS CITY CALLED EARTH - The Plight  hand Mercy of Vienna

5) THE FALL OF TROY - What Sound Does a Mastadon Make?

8) SUNDOWNING - Seizures of the World

***Interviews/Live shows coming up this month for sure:
- Edhochuli 4/5 of set

The new OMSB mp3 Mix #2 features only. Included are:
*-* an unbelievable new screamo/emo-violence 2-piece from the USA
*-* the most influential band to come out of Indiana...?
*-* ex-Saetia, sounds like Saetia...and it's not Off Minor
*-* the Chicago skate-punk/hardcore band that directly influenced me purchasing a bass all those 17 years ago
*-* some unreal and epic crusty hardcore with spacey, atmospheric nods

Any bands/labels that are interested in having their stuff reviewed, please email zegemabeachrecords@gmail.com: with "Open Mind Saturated Brain" as the subject. Please keep in mind that I don't review everything, just what jives with the blog. I will, however, listen to everything you send me. I would recommend emailing with an idea for a song/album premiere 2 months prior to that song/album release date for a much stronger chance at being reviewed on this blog. Bands that have already had their discography reviewed can also submit new albums for review if they include song/album premieres.
Posted by Dave Norman at 01:57