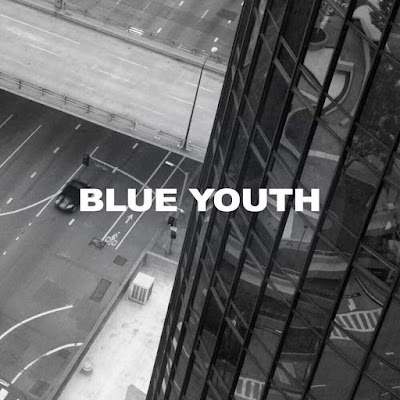 For fans of: Drive Like Jehu, Dangers!, Life In Vacuum, Meat Wave, At The Drive In and Hot Snakes

If you have known me in the last two years, you'd know that my absolute favourite band (as Via Fondo is still on hiatus, I presume) has been Canada's BLUE YOUTH. The sassy, screamy, dancey, noise-rock trio released a stellar debut EP back in 2017, followed by my ultimate LP of 2018, the entrancing 'Dead Forever'. Well holy shit fuck they're back with two new songs and they are even screamier and more abrasive than the last batch.

"Deaf Mode/Two Faces" are two new jams that will likely appear rerecorded on the band's next full length, but for now can be found on a new cassette that Zegema Beach Records is releasing with the Grind Central Records /50 alongside the first 'Blue Youth' five-song EP. The release is titled 'EP + 2 songs' for obvious reasons and the ZBR version is up for pre-order, 20 copies on blue/white/black swirl cassettes releasing physically in August.

Enough jibber jabber, to the songs! And what songs they are!!!

(2019) 1 - BLUE YOUTH "Deaf Mode" (from 'Deaf Mode/Two Faces')
This might be my new favourite BLUE YOUTH jam. This thing begins with a rabid screaming and a reeling, repetitive three-note riff that is as awkward as it is jarring. At 30 seconds the song flips over to a biting, poisonous hook that over yelled vocals that builds and eventually erupts in classic BLUE fashion right before the first minute runs through. The driving bass and syncopated drums really take everything to the next level, and when combined with Gage's distinctive and confident delivery that dips in and out of screaming and soaring singing...well...it's unbeatable. The tail-end of the track breaks down and spends the final minute careening off into the darkness.


(2019) 2 - BLUE YOUTH "Two Faces" (from 'Deaf Mode/Two Faces')
The second song is without a doubt the most abrasive, screamy and least accessible thing the band has recorded...and I love it. An eerie, siren-esque intro opens up a lone guitar progression that the band latches onto come 30 seconds with a swirling, subdued verse that sounds like a mix of Ken Mode and Dangers!. The second iteration of this section picks up the pace and inserts another layer to the mix, creating the perfect bridge to the bombastic chorus that follows. This is a very noisy song that takes a breather at the onset of the second minute, only to splice in some screamy hardcore (dare I say screamo?) to help lead this track to its very satisfying demise.

Blue Youth premiere of "Succubus"
Posted by Dave Norman at 15:23