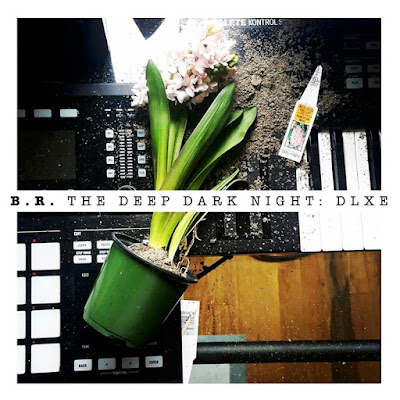 A few weeks back I was sent the new B.R. record from Buster Ross of Kidcrash fame. Let's be honest here, I wouldn't have listened to this stuff, let alone posted about it, but friends making new music is the best way to get me into a genre that I haven't traversed in the past. I listened and was much more into it than I would have expected. These whispered, soft, ambient, lo-fi recordings will wash over you, as the tranquil soundscapes are intoxicating. Also of note is that this is the premiere of the deluxe edition and the final three tracks are not yet up on the major music sites, but soon will be. My personal favourites are "The Worst Part is Over", "Take Your Time" and "Struck Dead By a Train". There's also some words by Buster regarding his support and influences for this record that are exclusive to this post. Enjoy!!!

"My influences were Elliot Smith’s ‘Either/Or’ on late nights alone driving around Portland, OR. Listening to The Microphones 10 years ago. That Grandaddy song "Standby". Not being able to find new emo. But mostly working with rappers and rap producers all over the globe left me wanting more of my musical roots back. Also Three Mile Pilot’s ‘Way of The Ocean’. I spent some time with Cee Lo’s engineer of like twenty years, which have been in these insane studios all night most days of the week, and have been able to just be immersed in music and touring with Migos. A real blessing."
~Buster Ross 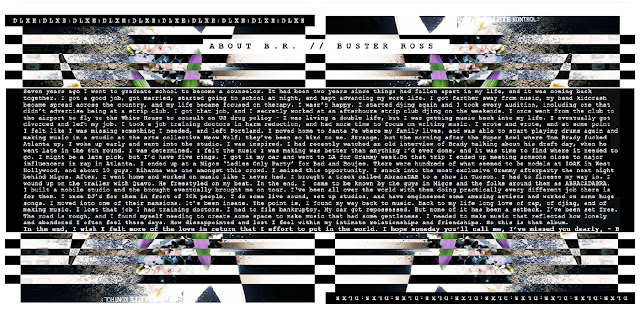 Opener "Trust in Awful Things" is the longest song here, clocking in at 5:44 of very whispered, sombre synth-pop. It's a good introduction to the album and should immediately help the listener disassociate B.R. from Kidcrash, as this sure as hell does not sound like those mathy, jazzy screamo all-stars.

"Durable Identities of Fragility" reminds me so much of The Dears from Quebec, especially that piano and the singing. I would be amiss to leave out that this song, as well as most of them, actually, are mixed with the experimental sounds of 'Kid A'-era Radiohead.

"People You Love Will Die Tragically at Times" much shorter at 2:25 yet the notes are much more drawn out and vocals garbled, which ends up reminding me of Nnamdi Ogbonnaya.

"Oh This Is the You They Warned Me About" isn't even two minutes in length and relies heavily on soothing, low-end synths/moog to create a a womb/cocoon like, additional keys at after 1 minute. 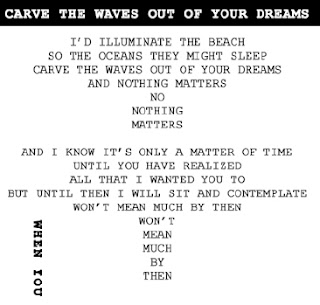 "Carve Waves out of the Ocean’s Dreams" slow and plodding, super relaxing while still having enough behind it to roll along like a slow but unstoppable train. I love the opposing synth notes that jump low to high to low on repeat. 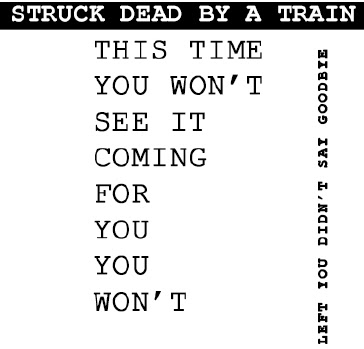 "Struck Dead by a Train" is an awesome instrumental track that mixes OST (soundtrack style music) with crashing cymbals.

"When You Left You Didn't Say Goodbye" is the least tangible song on the record, opting for textured keys and layered vocals for an ambiance very reminiscent of what you'd likely hear in a cathedral.

"Do it in My Sleep" brings the lo-fi pop back in, and that instrumental turn after the abrupt halt is killer.

"Take Your Time" is heavy on the chorded bass (I think that's what it is) and picks up some steam at 2:07 after a brief stop with full instrumental backing, making it one of the best tracks here, and only available via the deluxe release.

"The Worst Part is Over" begins as the most dancey track on the album, thereby giving it a slight Julian Casablancas (from The Strokes) vibe, especially the very playful synths which are my favourite instrumental part of the entire record.
Posted by Dave Norman at 01:16