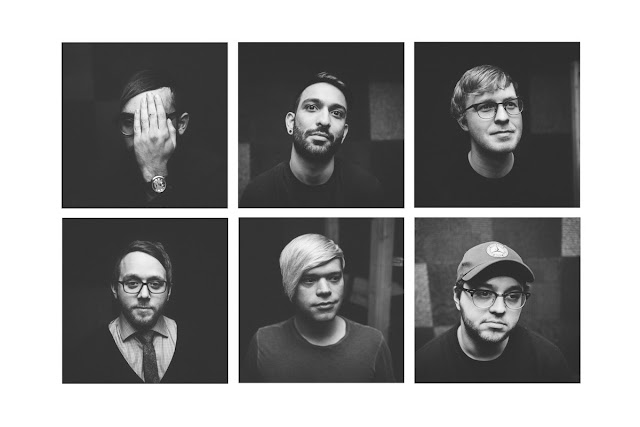 RESPIRE is a band from Toronto, Ontario and is comprised of six amazing individuals playing a concoction of three guitars, bass, drums, vocals and a trumpet that end up sounding not like an epic post-hardcore meets screamo and black metal band, but a hybrid of of those three genres and so much more in a very cohesive formula that drips of maturity and patience. Check out the new song "Ascent" on the Zegema Beach Records bandcamp stream and/or jam it below with the embedded youtube link.

RESPIRE boasts 75% of Foxmoulder with three additional members for a total of six. "Ascent" comes right out of the gate with the trumpet, and goddamn that's the RESPIRE I know and love. Frantic drumming, rolling bass and three intertwined guitars over numerous screams and that unmistakable horn that catapults the band into uncharted territory of ridiculousness. About a third of the way through the song you'll hear the obvious softcore porn part that comes right ouf of the 1980s. The last third of the song is an excellent, mostly instrumental, denouement. If you're wondering what the songs sounds like live you can watch the embedded video below for "Ascent", and it translates really fucking well. See it for yourself...

There is a demo song for the 12" that was abandoned and released on the Zampler #4 - Flip Six Three Hole cdr sampler back in January of 2015 called "Anthem For Falling Stars" which I've linked here for download and embedded below for streaming.

Here's a live video of "Nihil" from the 2014 'Demonstration' EP (linked here), which has been rerecorded for the 'Gravity and Grace' LP with a name change to "Eternal Nothing". It's easily one of the best RESPIRE songs and a beautiful and crushing example of what the band has to offer. Watch it below.