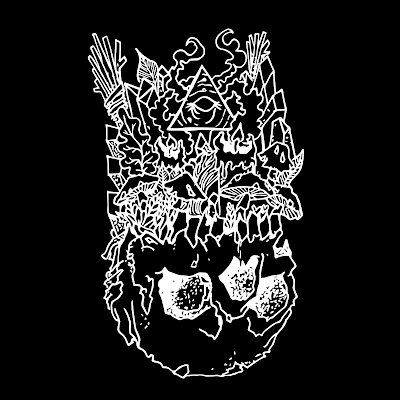 For fans of: Shizune, Matsuri, Bright Eyes and Ride Your Bike

Very recently after reviewing SNAG's debut EP (linked here) the band got in touch and asked OMSB to premiere the new SNAG / SOCIAL CATERPILLAR split today...so here we are! The split cassette will be released the release show on December 2nd, 2017 at High Dive in Milwaukee, Wisconsin. Zed Kenzo is playing along with both bands and the facebook event is linked up here.

SNAG is amazing, plain and simple. Playing a disjointed and throwback (think early to mid-2000s) style of screamy hardcore, they focus almost primarily on environmental issues, something that I tend to do the same with with my own lyrics. They are truly a talented and progressive band looking to make a difference. The split opens with their "Foam Cup", a 2:47 romp through melodic yet chaotic screamo while "To Chennai With The Skulls of Our Lost Neighbors Dangling From Our Necks" begins with an "immoral" clip from one of my all-time favourite movies, Punishment Park. The song then blazes through three minutes of noodley and screamy hardcore with nods (intentional or not) to Eyes Of Verotika, Hot Cross and Matsuri.

SOCIAL CATERPILLAR drops their two new tracks next, and opt for a very different style of stripped down, bare and raw acoustic guitar with subdued vocals, almost whispered. "Crazy Thoughts" brings to mind Anthony Green, Canvas and perhaps even Mansions, while "Make America Disappear Again" harnesses the dreamy efforts and sounds akin to Bright Eyes and Rocky Votolato. Their side is definitely of the acoustic folk-rock kin, and a nice balance to the split.

Enough jibber jabber. Here are the songs. You can also grab them from the bands' respective bandcamp pages linked above.


Here's some further reading, including some press about the release show (here) as well as some info and and interview with Snag from Bottomed Out (here).