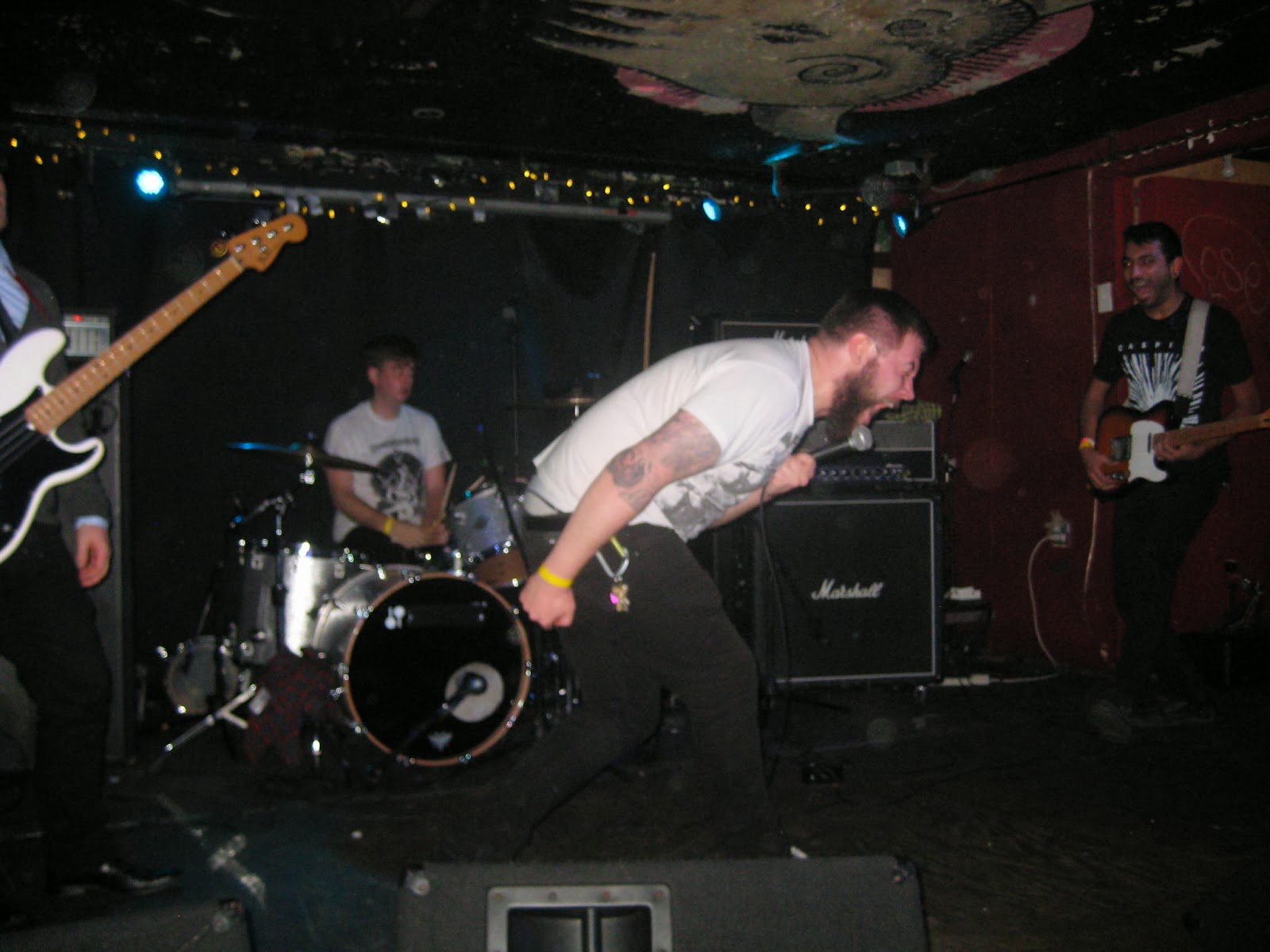 If Orchid, Reversal Of Man, Rayleigh and Itto grew massive beards, cloaked themselves in black and then held bass-heavy seances in a dark, damp cave, you'd have something that would probably sound akin to FOXMOULDER, Toronto's official skrampa band. They've been around for over 3 years now and with 2 new members I expect some pretty ridiculous material in the near future. After a long wait and record pressing issues, the band dropped 'Lethe' last week. Let's talk about the music.

The bass is like a black hole. Although Matty B. has since left the band (on a good note), some of the riffs on their past material are nothing other than booming and toppling. Listen to the intro to "Tesslyn" or the last half of "Havelock" when the groovin' part starts, as I picture a movie scene where an entire city crumbles to the ground. These two songs also contain some of the bands best instrumental jams. The final 15 seconds of "Tesslyn" has the band at their best, with a pulverizing chaotic breakdown that does not follow the typical chug-style breakdown of the early 2000s metalcore days.

The vocals tend to be in-your-face screaming and yelling that borders on breaking in half at any moment. The lyrics are great and Matt spits out a beauty in "Havelock" when he begins chanting, "And I built a home in your flesh and bones but it didn't still me, but I swear this time your love will be remembered" this is probably the best part in any FOXMOULDER track. I should also touch on "Breath of the City" which is one of the closest things to accurate Orchid-worship that I've heard in quite some time - and this is from the band's demo release (aka 'Hindsight')! The first half of the song lulls you in with an Orchid "Tigers"-esque slow guitar right before everything goes to hell in epic fashion. Rohan (the lone guitarist) is a fan of Orchid, I would presume. Just like me.

The drums are pretty chaotic and fit the music well, but Peter has since left the band (also on a good note) and the drummer from White Ribs is now kicking ass in FOXMOULDER. Lastly, their live show is always intense and has 5-30 people screaming along. Oh, and they are awesome dudes so at least check them out.

There is a show review with FOXMOULDER including some other bands (like Lord Snow , Fucking Invincible and Circle Takes The Square) here.

March 8th, holy lord, get your ass over to Soybomb in Toronto as FOXMOULDER will be hosting a killer concert along with Locktender, Coma Regalia and Animal Faces. Stacked line-up much?

Finally, an interview with Matt (vocals) will be posted in a month or so. We just have to finish the last 1/2 of the interview.