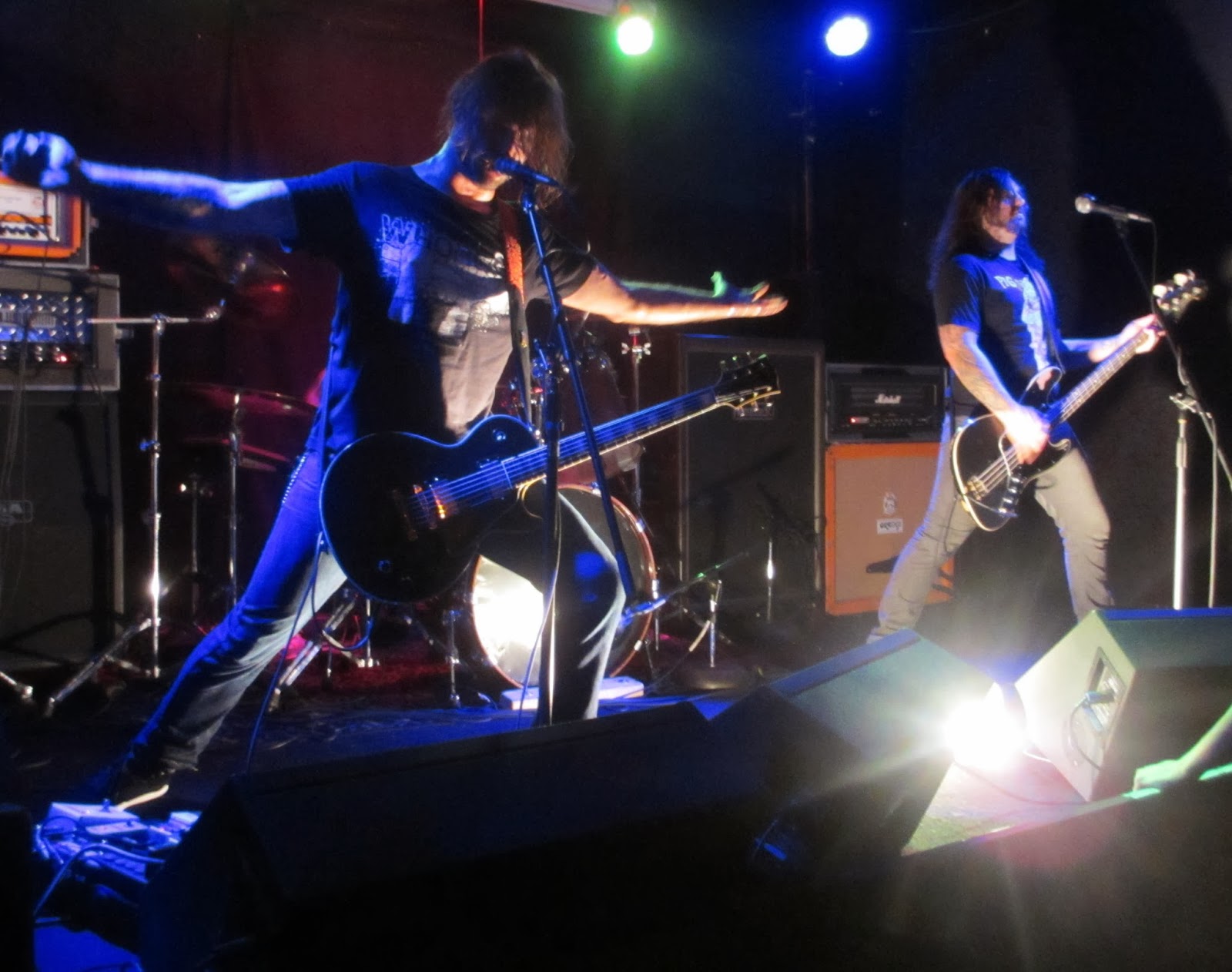 Now that's how you command an audience's attention. Goddamn.

I'm not happy with the Canadian government. Shit is going downhill very quickly in a vain attempt to emulate the US and make profiting the sole endeavor of our country. At least we still got one thing going for us - our critics know a good aggressive band when they hear one. KEN MODE won the Juno award (Canadian version of the Grammy's) for best heavy metal/hard rock act back in 2012 for 'Venerable' - and the band's new LP 'Entrench' blows that out of the water. It makes sense, as brothers Jesse and Shane have been releasing records every 2-3 years for almost a decade and a half. If I were to sum it up quickly, nasty/technical hardcore is what I would describe KEN MODE as - but we all know I don't sum things up quickly. Time for details.

From watching the band, listening to them talk and reading the lyrics KEN MODE sounds like a catharsis for the band. I was extremely surprised to hear such a bellowing voice emanating from such a soft-spoken (and at the time, sick) vocalist. The noises he dabbles in include throaty yelling, banshee screaming, spoken/haunting vocals and cavernous growling/howling. The vocals match the music not only in regards to timing but also to delivery. Listen to "Secret Vasectomy" for a pretty good initial impression of Jesse's range (which is bordering on the realm of Mike Patton) - and the band in general, actually.

Most of the band's songs are corrosive, and others pair the aggression with some extremely catchy and melodic riffing - see "Obeying the Iron Will" from 'Venerable' or "Figure Your Life Out" on 'Entrench' for prime examples. One of my favourites by KEN MODE, strangely enough, is the band's Thrice-sounding "Flight of the Echo Hawk" on 'Venerable'. This instrumental track showcases how chilled and catchy this band is, although the slow pace and lighter atmosphere of the song isn't replicated often. In the end, KEN MODE is going to damage your eardrums about 80% of the time. What a glorious thing.

some notes:
-KEN  Mode means "Kill Everyone Now Mode" (from Henry Rollins' "Get in the Van") and they truly tap this moniker
-Shane likes volleyball references
-they sound similar to Botch to me, but the band did not influence KEN MODE
-the band draws influences from many bands, including Melvins and Jesus Lizard.


Interview: Part 1 is embedded below. Parts 2-3 (as well as 1), a live video and all of the KEN MODE music videos are linked HERE so this page doesn't take forever to load. Once again: