Never heard of EDHOCHULI? I was in that boat 2 months ago. What a shitty boat it was. For the record, the band name is pronounced "Ed Hock-you-lee".

So, I went to interview Creeper back in July and Braeden and I were chatting it up. Some band called EDHOCHULI was added to the bill the night of the show. "Ed Hochuli, the football referee?" I inquired. I don't think many punks in Toronto made that connection. So Creeper finished their set (which was awesome and will be posted along with the interview later this month) and I had just missed the last train. I was unsure if I should stick around or make my way over to my brother's house so I could crash. I probed Braeden a little further about the band. He was like, "Duuuude, riffs." I wasn't exactly sure what that meant.

Then 4 dudes, probably the most diverse looking band I've ever seen, hit the switch and absolutely fucking owned Toronto. I have never in my life been so blown away by watching a band play live - let alone in front of about 30 people at 2am by a band I'd never heard of. Check out the video linked below (and here) that made the crowd's brains melt and then evaporate into a gaseous form. What? Well, if it helps paint a picture, during the set I watched no less than 2 members of Creeper throw their hands up in air-guitar disbelief!

I spoke with 2 of the EDHOCHULI members after the show, one of whom let me know that they almost named their band "Steelers" because the band is from Pittsburgh and loves football. Thankfully they went with EDHOCHULI instead.

I came home the next day at 10am with no shuteye - and then proceeded to have trouble sleeping because my mind was still on the previous night's show. This band is that good. I've linked up all their releases, but if you grab the physical copy of the band's newest LP, it comes with 6 tracks - not just the 3 listed on EDHOCHULI's bandcamp page.

I should probably describe their sound. Wait, maybe I'll let the guitar player I talked to explain. He said Thin Lizzy meets punk rock. I've also seen them listed as Thin Lizzy with way more bong hits. I would posit that they sound like a mixture of Akimbo, Doomriders and Envy. Pretty rad combo. Pretty goddamned rad. Massive rock riffs combine with noodley guitar playing, a killer drummer (Jackson, from American Ninja, anyone?) and a bassist who intertwines his screaming vocals with the other three members of the band.

Listen to the song off the Amaget split, which is linked below as well. That song shows that band at their most melodic and driving, and is one of the best songs I've heard all year - even if it was released 2 years ago. 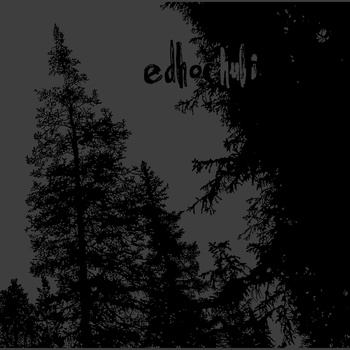