Holy shit I'm back in Canada. What a weird 180. I'm currently travelling around British Columbia with my family trying to find a good place to settle down and root ourselves again, as being a nomad is starting to really wear on me. 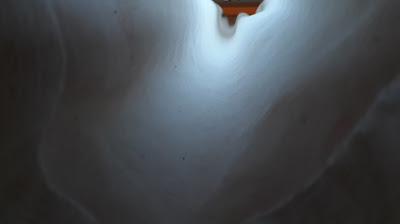 The Zampler was released on December 30th with 9 unreleased songs and 24 others, for a total of 33 bands from around the world.

The Congratulations/The Rabbit Theory 7" and the WristMeetRazor 2x7" have arrived from the plants and will ship asap. There's also upcoming streams coming in full from Locktender, Descubriendo A Mr. Mime as well as both SeeYouSpaceCowboy and Secondgradeknifefight in as short as five days. More upcoming releases include the split 7" between SeeYouSpaceCowboy and Secondgradeknifefight, Улыбайся Ветру 12"LP, The Ultimate Screamo Band 10", мятеж/Carl Johnson split cassette and the Crowning/Swallow's Nest split 7". In the deeper end of 2018 we'll see releases from Rutka Laskier, Hedge Fund Trader, Lessener, Massa Nera, Snag, a split between Moss Rose and мятеж, Eight Feet Under Vol.II 2x12", Respire and a split 7" between Coma Regalia and Drei Affen. Holy shit that's one hell of a year.

Lastly, the Best Of 2017 will be posted in the next week or two, along with three reviews from Tom Schlatter. A few days back we posted a bunch of friends' top ten lists which you can read through here. Included are Lars from React With Protest Records, Shawn Decker from Middle Man Records, Tom Schlatter of What Of Us, Jesse Mowery of Majorel, Jimmy Stellwagen of Old Soul, Mike Van Buren from Lessener and Tarquin Jones, who has been responsible for numerous online communities and digital compilations.

Lastly, here's the tracklisting for OMSB mix#12 that was reviewed in December:

The new OMSB mp3 Mix #2 has 10 songs, all of which rule and will be reviewed by me. Some examples include:
*-* members of Congratulations, Black Love and In The Name Of Havoc hooking up for a killer combo
*-* sick new Russian emo-violence band in the vein of Under A Sky So Blue (and previously unreleased!!!)
*-* noodley, midwestern emo from Dunedin, New Zealand
*-* one of the band's I used to be in
*-* my favourite two current Japanese screamo bands

Any bands/labels that are interested in having their stuff reviewed, please email zegemabeachrecords@gmail.com: with "Open Mind Saturated Brain" as the subject. Please keep in mind that I don't review everything, just what jives with the blog. I will, however, listen to everything you send me. I would recommend emailing with an idea for a song/album premiere 2 months prior to that song/album release date for a much stronger chance at being reviewed on this blog. Bands that have already had their discography reviewed can also submit new albums for review if they include song/album premieres.
Posted by Dave Norman at 12:13