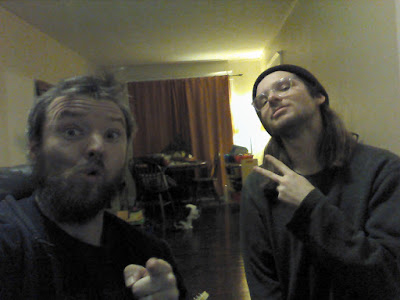 A few weeks back Luther Griggs came over to my place. We expected his band, Wimp City, to be playing alongside Solids this April 19th, 2017 at The Doors: Metal Pub & Taco Joint but unfortunately they've had to drop off the bill. This podcast that we did, however, is fucking awesome. It is without a doubt the most casual and interesting one I've done thus far. We played and discussed 13 songs between us, with a back and forth so aligned and dialogue that came so easy you'd think we've been friends for decades. Luther shone some additional light on the Hamilton punk and hardcore scene for me, including his aforementioned band along with his old screamo band Sketchbooks (that sounded a hell of a lot like Wolves!) and a bunch of others that I know almost nothing about. It was truly a pleasure and be sure to check out the Solids, Good Anya (last show), Flea Committee and The Ferns concert April 19th!!! Here is the link. And here is the link to Wimp City's bandcamp page.

Podcast #18 is broken into four parts, each approximately 20 minutes in length. You can stream and/or download each part or the entire thing for free on the OMSB Podcast bandcamp page linked right heeya.