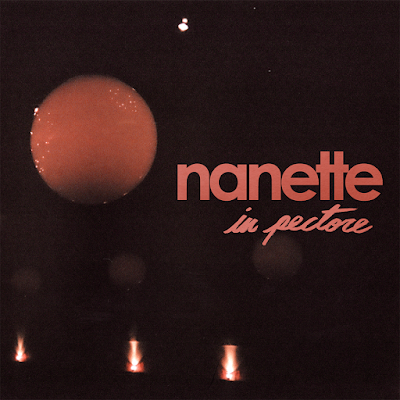 Bandcamp
Facebook
For fans of: The Reptilian, Life At These Speeds and Secret Smoker

This Toronto three-piece have been deeply entrenched in the scene here over the past few years and their material is finally making its way onto a physical release by way of cassette. The 4-song EP titled 'In Pectore' is an emo/post-hardcore record that sounds like it was written in 1996, and I mean that in the best possible way. A week ago they premiered the closing track "Ichnofacies" on their bandcamp and in this post we get to hear another!

Today (((((OPENmind/SATURATEDbrain))))) is excited to share this passionate song premiere of "Impermafrost", the second song on the 'In Pectore' EP that will be digitally available on December 20th with a pre-order (nanette.bandcamp.com) and a tape release show happening in late January. It is also worth noting that the first song features a violin performance by Simon Lukasewich of The Most Serene Republic.

"Impermafrost" begins with a cool, rolling and lulling emotive hardcore jam with some nicely accentuated guitar notes before delving fully into the song's midsection, which is littered with half shouts and half yells via two vocalists from 46 seconds in. The climax drops at 1:32 until the 2:08 close, is stellar and is easily the best part of the song, although the entire thing leads to this unstable chemical reaction so in no way does the earlier section pale in comparison. Check it out!

NANETTE has a killer sticker that you can buy here.
Posted by Dave Norman at 17:01