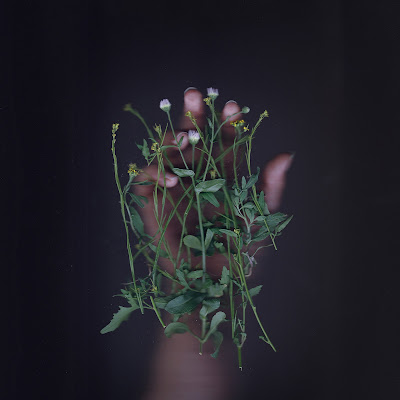 I am crazy excited to bring you the exclusive premiere for the entire 3-way split cassette between I Hate Sex, Algae Bloom and Black Knight Satellite that is being released on August 2nd via Never Better Records and Damn Fine Tapes. As of now you can pre-order the cassettes which are limited to 100 copies right here.

Open this link and jam the songs whilst reading this, should you so choose. Edmonton's I HATE SEX open the split with a slow, groovy, spoken-word 90s emo section that transitions to a screamier, multi-vocalled approach at 1:13 but "This Floating World" retains its hopeful and patient instrumental speed throughout its 2:22 tenure. Tracks two and three belong to BLACK KNIGHT SATELLITE from Vancouver and combine for more than double the I Hate Sex track time. "Unrequited Love! The North Pole Aurora" is a very screamy affair with at least two vocalists shrieking their lungs up in Deers!/Kelut fashion and nears four and a half minutes while "Nü Jersey" is over almost before it begins at a condensed 1:08 of chaotic, screamy hardcore. Closing up shop is ALGAE BLOOM from Norwich in the UK and their song "A Weight in Space" which, on Earth at least, weighs in at 2:19. This is another grooving, screamy emo/hardcore song that feels right at home on this release. No band or song shines above the rest here, as everyone involved brings their A-game and each track is worth at least one listen, if not many.

Be sure to check out this insane tour that's happening in the following cities in Japan: 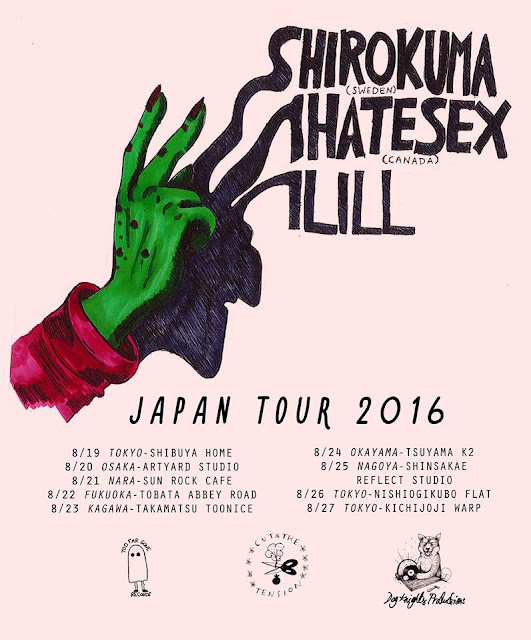 Many thanks to the bands and label Never Better Records (aka Mitch and Kyle) for asking me to premiere this fine piece of art.

Bandcamp
Posted by Dave Norman at 16:56