- I'm in a new band called The World That Summer and we will be recording a demo soon and playing shows starting in November, assuming someone will book us (check out a song from our fourth practice session here)

- A few weeks back I started a Podcast series for this blog and I've done three thus far, including the third which includes my wife as a guest and we discuss some kickass music, so stream/download them all for free right here

- There's a new MRTEX song available on the new Screever Zine compilation cassette called "June and July, Life Over Die" which we played on our tour and seemed to be one of the more well received songs. I will post the song on Youtube next month, but until then pick one up from The Screever (linked here) or grab one of the five that I have in the Zegema Beach Records distro (linked here).

- And lastly, here is the tracklisting for last month's reviews. 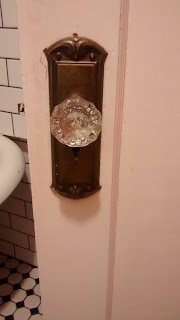 10) ??? coming in November to coincide with a release!

***Interviews/Live shows coming up this month for sure:
- Kerry from Welcome The Plague Year, Makara and another band being reviewed in October

The following page have changes:
-nada

The new OMSB mp3 Mix #11 features 12 songs including:
*-* a band that played a style very similar to (old/good) Norma Jean, Thumbscrew and The Chariot
*-* members of Back When, Eyes Of Verotika and In Loving Memory played in this insanely overlooked emo-violence/metal band
*-* tour mates for life
*-* Rhode Island eerie, grunge rock
*-* post-Hospital, post-Mara'akate, post-Phoenix Bodies

Any bands/labels that are interested in having their stuff reviewed, please email zegemabeachrecords@gmail.com: with "Open Mind Saturated Brain" as the subject. Please keep in mind that I don't review everything, just what jives with the blog. I will, however, listen to everything you send me. I would recommend emailing with an idea for a song/album premiere 2 months prior to that song/album release date for a much stronger chance at being reviewed on this blog. Bands that have already had their discography reviewed can also submit new albums for review if they include song/album premieres.
Posted by Dave Norman at 19:35