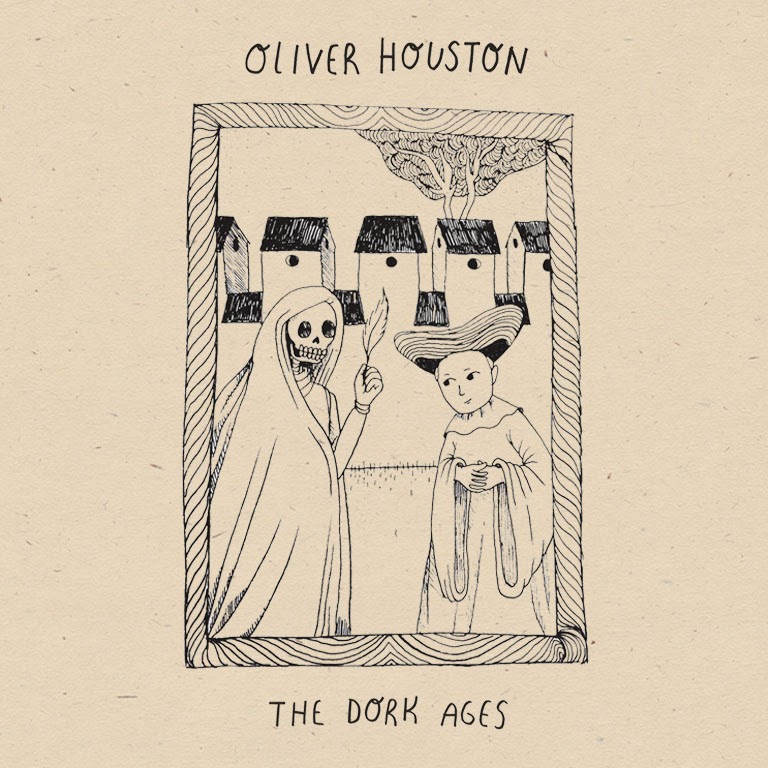 Woah, did you know that two-thirds of the now defunct The Exploration have started a new band named OLIVER HOUSTON? Well hot damn, they did and also feature members from Merchant Ships and Midwest Pen Pals. The four-song EP was released digitally...at the exact time of this posting. Pre-orders for the cassette are also available so go to their bandcamp page here to stream/donate/download the album and get the pre-order as well, should you wish. 'The Dork Ages' will be released on Fawning Records as an edition out of 50 and in my opinion sounds like a mixture of The Exploration alongside I Love Your Lifestyle, The Reptilian and Dads aka noodley, twinkly and abrasive punk/emo.