I'm so busy. My old job enabled me to do the blog while working. Now my university education has me washing cars and unable to access this shit. Therefore my reviews are kinda shittier, shorter and something else with 'sh'. I'll still keep this shit real, as this mp3 mix still kicks ass. There are 4 shows coming up in Hamilton (which is only 1 hour away from Buffalo, I might add) in the next 7 weeks including my stab at a mini-fest to see if a full-on fest in the future is feasible. The Zegema Beach Records Mini-Fest is happening on November 15th and will feature Edhochuli / Black Love / Worst Gift / Foxmoulder / Respire / Cold Spell / Teleportoise / Terry Green / Inhalants jr. / Dinosaur Sex Change. I was also fortunate enough back in August to house the fellas from The Reptilian and Two Knights, so The Reptilian / Two Knights / Congratulations / Total Bummer!!! / Wimp City show review is coming next week with a crapload of videos including an unreleased song by every single band! I've also got a ton of new products (4 new ZBR 12"s came in the last week!) and other goodies, like Beau Navire, Phoenix Bodies, Mara'akate, The Catalyst, La Dispute, Inkwell, Honeywell, Shizune, A Flower Kollapsed and more! Not all are posted but more are up every day. Check'em here. 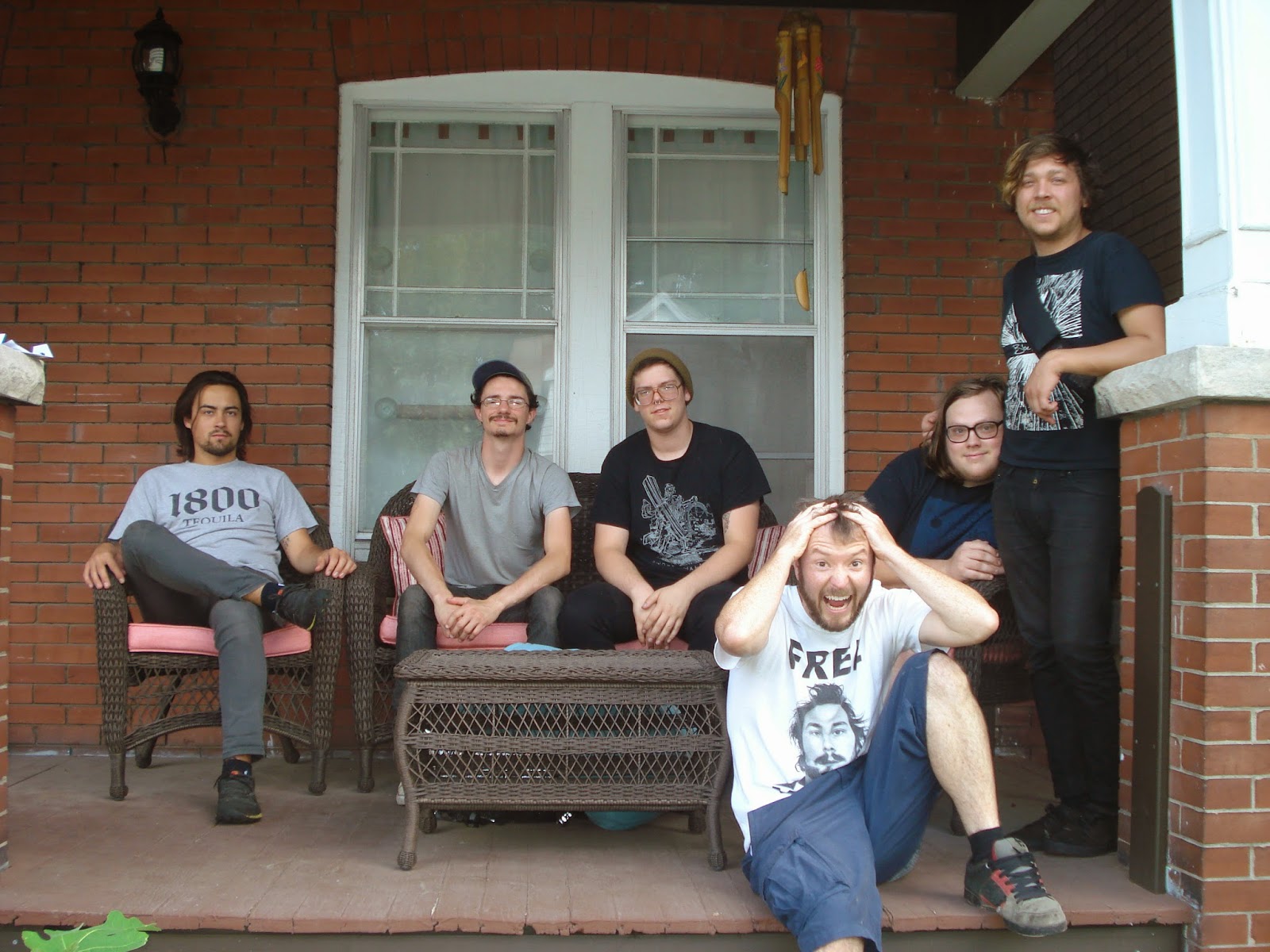 For those still unaware, CONGRATULATIONS (canada) and THE RABBIT THEORY (switzerland) will be releasing a split 7" on Zegema Beach Records early next year! Here's a song by each band in case you haven't checked them both out. CONGRATULATIONS are both sweet and chaotic rock/screamo much akin to Bright Eyes, September and Gospel. Members of Live In Vacuum and New Wings. Their demo tape will be released before the end of 2014 on Zegema Beach Records and the almighty Skeletal Lightning. Here's my favourite song off that. PREMIERE!

THE RABBIT THEORY play an amazing mixture of mathy/jazzy (aka extremely interesting) instrumental rock jams and post-punk vocals and reminds me a lot of Fugazi mixed with Desiderata. The song for the 7" will be completely instrumental and is an ode to a departed band member, and this will be their final song. Here's a track off their split 12"LP with Adolina. It's a fucking amazing song.

The new OMSB mp3 Mix #11 is linked below and will be reviewed in November. With the exception of 2 songs, everything has screaming. Such as:
*-* the best movie soundtrack of the last decade
*-* a new band that blends the beauty of Sed Non Satiata with crushing vocals in line with Engineer and Le Kraken
*-* one of the most influential epic, black-metal, post-hardcore beasts from my home of Ontario, Canada
*-* an absolutely beautiful song by a member of The Blood Brothers and...
*-* how is this band not The Blood Brothers? holy hell...

Any bands/labels that are interested in having their stuff reviewed, please email zegemabeachrecords@gmail.com: with "Open Mind Saturated Brain" as the subject.
Posted by Dave Norman at 15:05