THE WORLD THAT SUMMER - Day #1 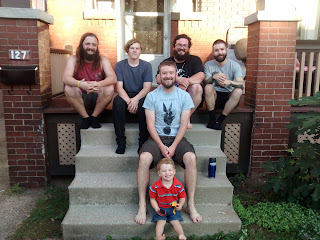 Players: Eyelet, Foxmoulder, The World That Summer and Wimp City


Interview with:
EYELET
EYELET spent the night prior at my house following the Toronto show. Late the next afternoon we sat down for almost half an hour and discuss the history of the band, influences and a bunch of other shit. I've thrown in some sweet live footage every 3-6 minutes or so cuz they killed it live right after we finished this interview. Thanks so much to Tony, Craig, Matt and Robbie for playing Hamilton, writing awesome music, putting on a hell of a show and just being all around fantastic people.

WIMP CITY
This two-piece never disappoints and continually gets better and better every time I see them. They certainly aren't obviously comparable to any one act, so I'll just say they play deafening bass and yelling over barreling drums. Luther also gave a very passionate speech before the song in the embedded video below about suicide which was touching.


FOXMOULDER
Two quick things about this set, besides the fact that Toronto's FOXMOUDER destroyed as per every FOXMOULDER set. First, you can actually hear Em really really well in these videos, which is a rare occurrence. Second, the bass was like a rippling wave of unstoppable death as opposed to the generally drowned out notes. Darren's bass, and especially his high notes in "Increments", were entrancing whether they were making you sway your head or making said head fucking explode. The video embedded below is of a new and unrecorded song.
Links to songs:
*2* Havelock / Increments
*3* Antrim
-----o-----
Bandcamp
Facebook
12" split / 7" / 5" split


EYELET
EYELET is amazing, plain and simple. The four-piece (with three members sharing vocal duties) tore through about 7-8 songs with just enough melody and catchiness for the crowd to get hella into it but also bob their collective heads. It was kinda strange, but after one song the venue was empty as everyone was still smoking outside, but after a few the place was packed pretty tight for a ZBR show. The band plays an astonishing mixture of chaotic emo-violence with clean, noodley bits that is balanced almost too well. The multi-headed hydra that is the vocal mouthpiece is comprised of Matt (bass), Craig (guitar) and Tony (guitar) as well as one of my heroes Robbie Hanson on drums. Matt and Tony shared a mic with amazing back and forth screams while Craig had the lone mic and gets so into playing and he has this thing where he swings his head in subdued passion, and it fucking floors me. Robbie is an incredible drummer (and ex-мища) and plays with such calmness and fluidity that he makes it look almost easy. They played their new EP 'error(s)' released on Fake Crab Records in full as well as a few off of 'Nervewracker' and a brand spankin' new song that I assume will be going on the split 7" with Gillian Carter via Zegema Beach Records and a few other fine labels.
Link to songs:
*2* Browbeaten
*3* Solely
*4* Blood is the Weakest of Bonds
*5* Pit of Despair
*6* New Song
-----o-----
Bandcamp
Facebook
12"

The local post-hardcore/post-metal band that I play in closed. I enjoyed myself. I screamed. I fell on the floor. I partially lost my voice on the first day of "tour". I have posted a video below of us playing two songs from our upcoming 10" split with our Swedish friends in Nionde Plågan titled "Heat Death Parties are the Bomb, Man" and "Moth Volcano". You can currently stream/download the latter right here via the Caged Bird Sounds compilation.
Bandcamp
Facebook
cd / tape / shirt / stickers 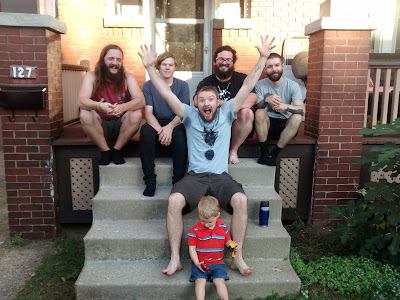 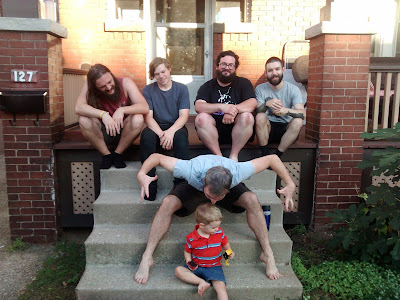