WISHES ON A PLANE
"Your Place Is Still..."
exclusive song premiere 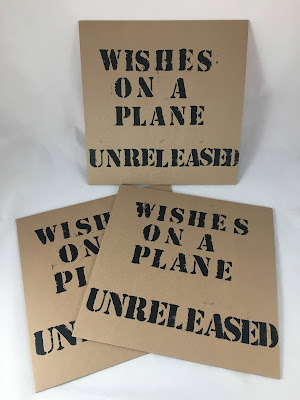 For fans of: Duct Hearts, Texas Is The Reason and Elliot

I am extremely stoked to bring you another new/old WISHES ON A PLANE song which can be found on the 'Unreleased' 12"LP that Germany's mainstay Time As A Color will officially put out on April 24th.

There are five songs on this thing which were initially recorded back in 2005 and influenced by Jimmy Eat World's early material, Texas Is The Reason, The Get Up Kids, Christie Front Drive, The Ataris and Elliot, but were only unearthed recently. As a bonus, Daniel from Time As A Color and WISHES ON A PLANE (as well as Duct Hearts) is giving away a free test press to one lucky per-order customer (there were only three made!).

The song is titled "Your Place Is Still..." and the band stated that, "these 5 songs deal with thoughts or fears of two people being no perfect match but intertwined so deeply you find it difficult to embrace a life on your own. Questioning if you know at all what love is, or even more so, what not loving feels like, and how to know when love is gone." 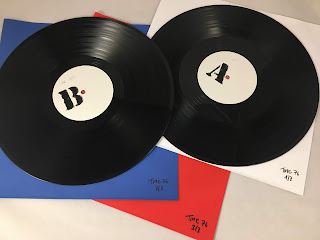 (2019) WISHES ON A PLANE "Your Place Is Still..." (from 'Unreleased')
This song is utterly gorgeous. The angelic singing is most prominent, especially when doubled up or intertwined with backups, and the instrumentals swing the song in and out of a very catchy chorus. It's still emo with a touch of post-hardcore but manages to bridge the gap into stronger, fuller and damn-near alternative/post-rock territory. I've heard the entire release and if you like this song, you'll love the release.

Buy from OLD KIDS RECORDS
Posted by Dave Norman at 15:43