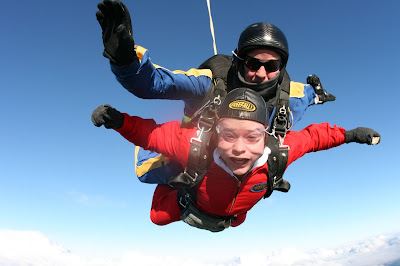 So, I'm in New Zealand. I was without internet for a few days and Jesse Mowery is dealing with life so this past month saw some spurts of nothingness. I now have internet and Jesse has asked to step back for a bit while he focuses on himself and his family. I love you, Jesse. Hope it all works out for the best. As for stuff coming up, moving here has kind of cut me off from Toronto/Hamilton shows so expect less live reviews in the coming months unless someone else is interested in doing them. If so, hit me up at zegemabeachrecords@gmail.com

And speaking of Zegema Beach Records, I apologize for a few orders being shipped out late. After moving out of my house, travelling to Europe and then moving to New Zealand shit has been fucking bananas. Luckily, our Canadian distribution side headed up by Nate, Alberto and Meghan is now up and running in full. Therefore there should be little to no wait on all future orders. We have some killer new releases in which are selling fast and more incredible stuff coming in August and September, including a bunch of Protest The Hero cassettes, the мятеж/Samarra split tape, King Slender tape, We Watch Clouds tape LP, Storm{o} tape LP as well as the .gif from god/Vein split 7", Terry Green 12" and recently delayed Sarin 12". In late August of 2017 we will release Zampler #9 in New Zealand which will be limited to 50 copies or so and will ship exclusively with New Zealand pre-orders, as well as the "best of" from the first 80 releases that we did while residing in Canada. If anyone is keen on doing the art for the Zampler #10 please hit me up at zegemabeachrecords@gmail.com, lest I make a shitty version myself.

In June I went to Europe for the non-мятеж tour 2017 and captured an insane amount of live videos and interviews. So, in August, September and October I will be posting it all across varying reviews. Here's a little teaser video I made with a bunch of stuff, including a lot of clips from Cry Me A River Fest.

Things seem very different when looking around in my life, but this blog will (for the most part) remain the same save the Toronto/Hamilton show reviews. Thank you so much to everyone who has visited over the past (nearly) half-decade and all those who visit in the future.

Lastly, here's the tracklisting for OMSB mix#7 that was reviewed in July. Thanks to Jesse Mowery for pulling off the reviews he was able, and here's to hoping he can continue in the near future.


3) OLŠE - "Нить" (not being reviewed due to life, maybe Jesse will do it later)

4) SANCTIONS - "Die Alone" (not being reviewed due to life, maybe Jesse will do it later)

7) MANRAE - Pacata Hibernia (not being reviewed due to life, maybe Jesse will do it later)

8) VAMPIRES - "haven't you said enough?" (coming as soon as the last few interview questions are returned)

9) ORFÈVRE - "Ana N'Trol Feh Dal (I'm Going Home)" (not being reviewed due to life, maybe Jesse will do it later)

The new OMSB mp3 Mix #9 is all Dave and includes 10 killer tracks, such as:
*-* one of the first punk bands I ever liked (...loved)
*-* a new screamo release from Montreal that turned my head enough to pull a few muscles in my neck
*-* one of the closest sounding bands to Sed Non Satiata and Amanda Woodward that I've ever heard
*-* that Toronto screamo band that keeps releasing two-track digital EPs every few months
*-* a band that told me that they sound like At The Drive In and Sparta, and they do, but in a good way

Any bands/labels that are interested in having their stuff reviewed, please email zegemabeachrecords@gmail.com: with "Open Mind Saturated Brain" as the subject. Please keep in mind that I don't review everything, just what jives with the blog. I will, however, listen to everything you send me. I would recommend emailing with an idea for a song/album premiere 2 months prior to that song/album release date for a much stronger chance at being reviewed on this blog. Bands that have already had their discography reviewed can also submit new albums for review if they include song/album premieres.
Posted by Dave Norman at 14:45