So this is officially 1 year. Today, to be exact. On May 1st, 2013 I wrote the Steve Brodsky post which you can read here and tell me if I've improved or my brain is slowly disintegrating from writing almost every day. This past year has easily been the best of my life. Following my passion had a strangely elusive first step, but I've definitely gotten a decent foothold and will continue this blog despite my wife giving birth in less than 3 months. Thank you to everyone who has taken time to read my inane ramblings, constant band droppings, genre classifications and general overbearing personality when it comes to music. I purposely did not review most of the bands being posted this month over the past year because I wanted to make sure the blog had more readers before dropping such sick and obscure bands here.

On that note, I wanted to list my top 10 reviews of this past year that have NOT been read many people. I made the mistake of posting some really amazing and unknown bands early on when readership was at 30 hits a day. Because the band names don't ring a bell for readers who have never heard them before, very few people have read them (I know this from the stats, suckas) but dear lord, they certainly resonate with me. In the order they were posted:

2 - Riddle Of Steel = mathy/jazzy and "twinkly" before it was a thing, members of Dakota Dakota and Russian Circles.

6 - Finger Of God = epic Pelican-inspired instru-metal. You are missing out.

7 - Milanku = similar to Finger Of God, but with massive vocals reminiscent of new Amber, Envy and Fall Of Efrafa.

8 - Loftus = if Orchid downed speed they'd sound like these guys. So fast but so melodic and screamy.

9 - Rats Into Robots = the greatest progressive screamy metallic hardcore after the almighty Back When.

Next...I'm organizing the first show of my life. That's right, it's certainly been a year of firsts. First blog aka first attempt to give back to a community that has given me so much that it helped define me as a person. I started my first record label after 15 years of wallowing in self-pity for missing out on Protest The Hero. And on May 25th, 2014 I will be helping put on a show with ITTO, LIFE IN VACUUM, CONGRATULATIONS and SKETCHBOOKS with the possibility of another band taking the place of Respire, who were forced to pull out. Hit me up if you need a place to stay or would like me to bring any specific records to the concert, as the ZBR distro will be there.

My buddy and I are still looking for a drummer, so if you know anyone in the Toronto/Hamilton are/know a drummer who is proficient on the sticks, holler at us.

Extremely rare Botch jackets will be posted later today. These were printed for the band's 10-year anniversary of their disbanding and were made-to-order, so I dropped a few hundred bucks grabbing different varieties. They will be $50 windbreakers in 3 different colours and 3 different sizes. I've been wearing the one I bought for myself for the past 2 years and I love it. They are really well made and have a nice liner so it's not just a plastic jacket. Grab one here. 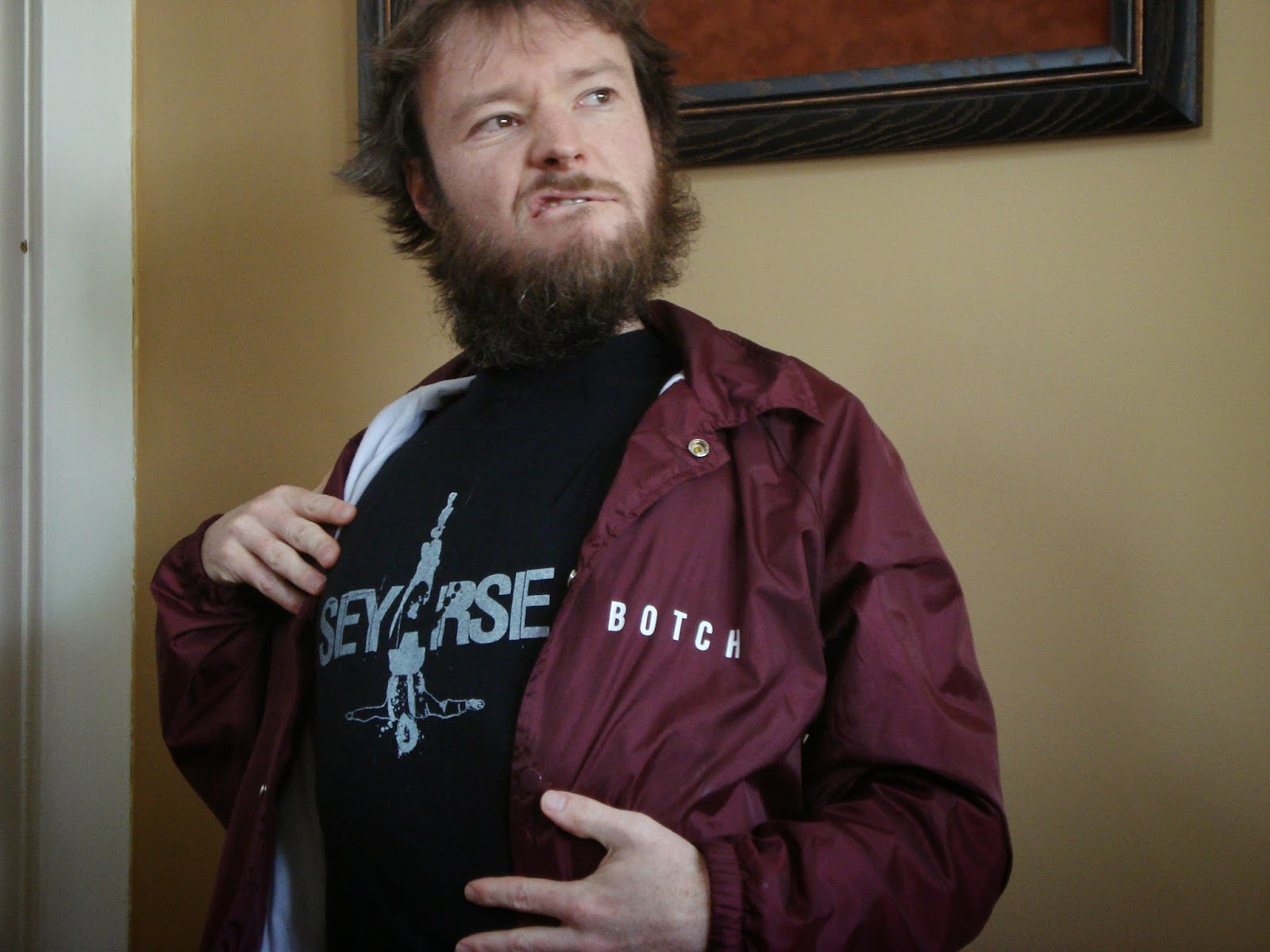 I am in the midst of beginning the new Zampler for the summer. Half the tracks are chosen and the artist has given me the okay to do something unreal. Updates coming next month.

Seyarse/Piglet items are in the shop, including very rare Seyarse shirts that my boy Kyle from Piglet made specifically for the ZBR store! 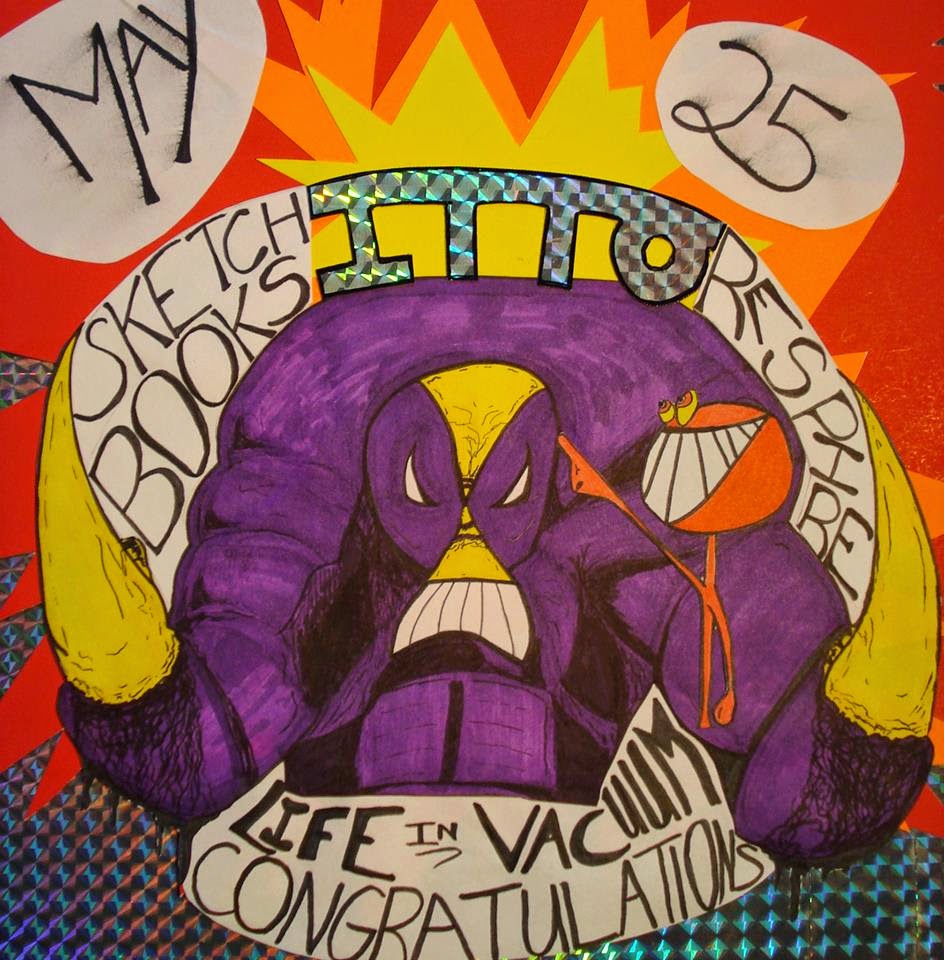 ***Interviews coming up for sure:
-Time As A Color Records
-a screamy hardcore legend!
+maybe up to 4 more

During the following month, I will post reviews for those bands and link the tracks to the review so you can associate the two together. This way you can listen to a new song/band and have little-to-no bias. Below, I have reposted the May mp3 mix that is used for this month's reviews.

The new OMSB mp3 Mix #6 is linked below and will be reviewed in June. This 32-song mix is twice as large as usual and includes the most complete mp3 mix of the site's existence:
*-* an unreleased song from an upcoming Japanese screamo/thrash/punk/hardcore record
*-* a band that gave the middle finger to the punk community as they quickly converted to emotional rock with some post-punk and hardcore leanings
*-* a band that combined elements of Transistor Transistor screamy rock with the sassiness of Rye Coalition and Life In Vacuum
*-* an obscure white belt, grindy, screamy hardcore band
*-* the closest thing to Rocky Votolato and Waxwing that I've ever had the pleasure of hearing

Any bands/labels that are interested in having their stuff reviewed, please email zegemabeachrecords@gmail.com: with "Open Mind Saturated Brain" as the subject.
Posted by Dave Norman at 10:01