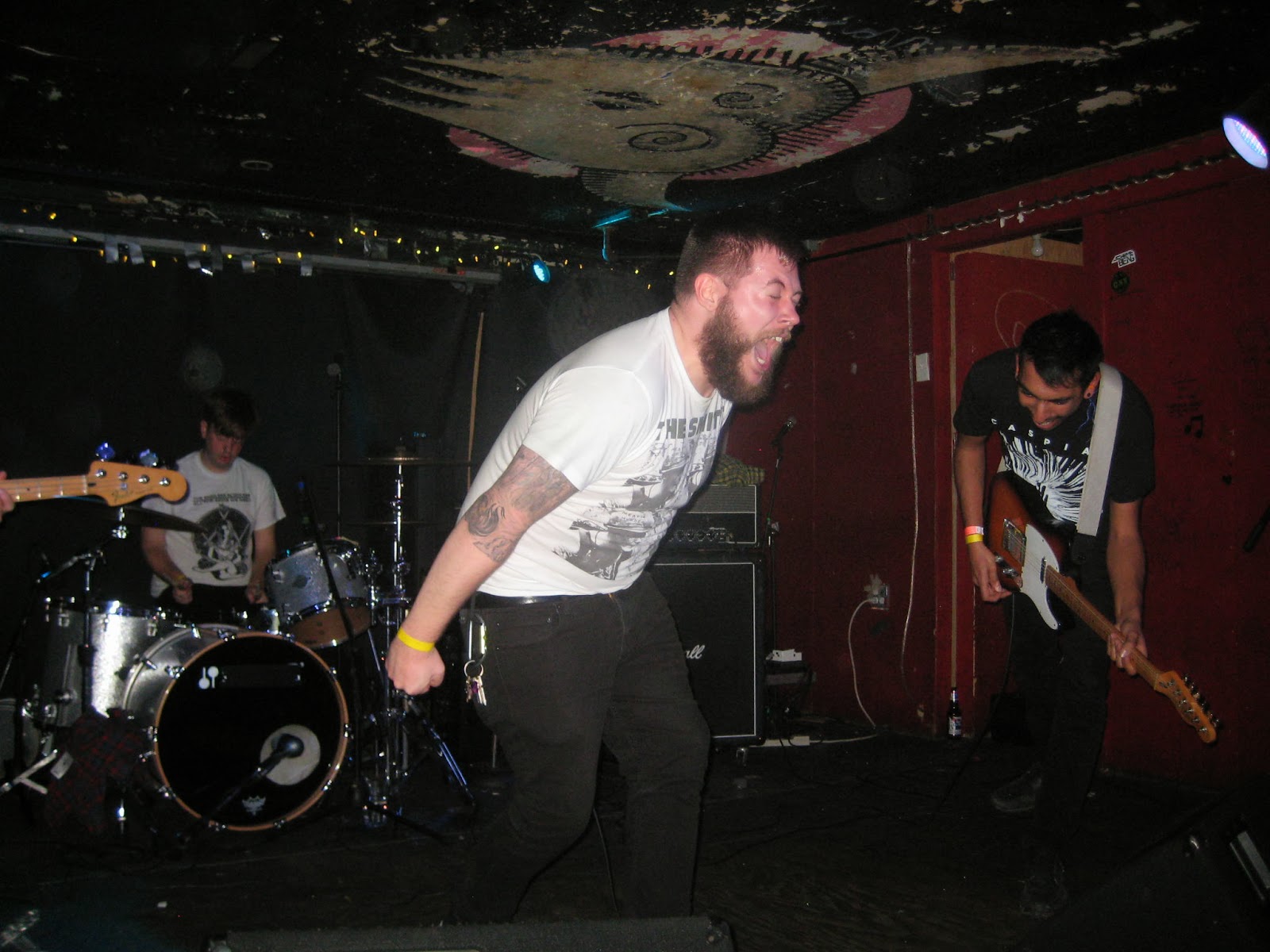 There was a sweet show in Toronto on Friday November 15th, 2013. I have made a half-assed attempt at documenting that shit. All the videos turned out pretty well, with the slight exception of CTTS because I wasn't at the front.
CIRCLE TAKES THE SQUARE
Circle Takes The Square drew a really big crowd, with a lot of females in attendance - which is always good to see. The band pleased the crowd for about an hour before calling it a night. The sound was huge and the band played a mix of new and old material, much to the fans delight.
LORD SNOW
Lord Snow blew everyone away. Following their set the general sound emanating from the crowd was, "holy fuck." Blistering and caustic hardcore meets violent and paranoid screamo from Chicago. There album 'Solitude' will be in many top 10 lists, guaranteed.
FUCKING INVINCIBLE
Fucking Invincible kicked my ass as per usual. The band seemed tighter and I enjoyed their set even more than last time. Think grindcore meets Daughters and straight-up hardcore. This was probably the best video I took all night. Epic.
LA LUNA
La Luna came from Calgary just to play this show and the their trip was well worth it for the audience. This female-fronted Saetia/Mahria/Suis La Lune-sounding band impressed the hell out of me. Their set made me go back and listen to their newest LP a few more times. Check them out!
FOXMOULDER
Foxmoulder impresses me more every time I see them. They have a distinct style that is unique that sets them apart from their influences - although the stylings of Orchid, Usurp Synapse and Reversal of Man are still apparent. Their bass player was absent, but the replacement filled in well.
MIGHTY ATOM
Mighty Atom play a basic and crusty style of punk/hardcore with spoken/yelled vocals. The lyrics are personal, the music is straightforward and the band did a decent job of opening the show.
Posted by Dave Norman at 15:30