On September 1st, 2014 I helped put a show together. It was a really good time. All the bands played really well but weather, the venue's age requirement and the fact that school started the next day kept a few people away. That's why I takes the vids, y'all. Also, the Zegema Beach mini-fest is all ages so that problem has been taken care of.

Click HERE to watch all 18 videos from the show. 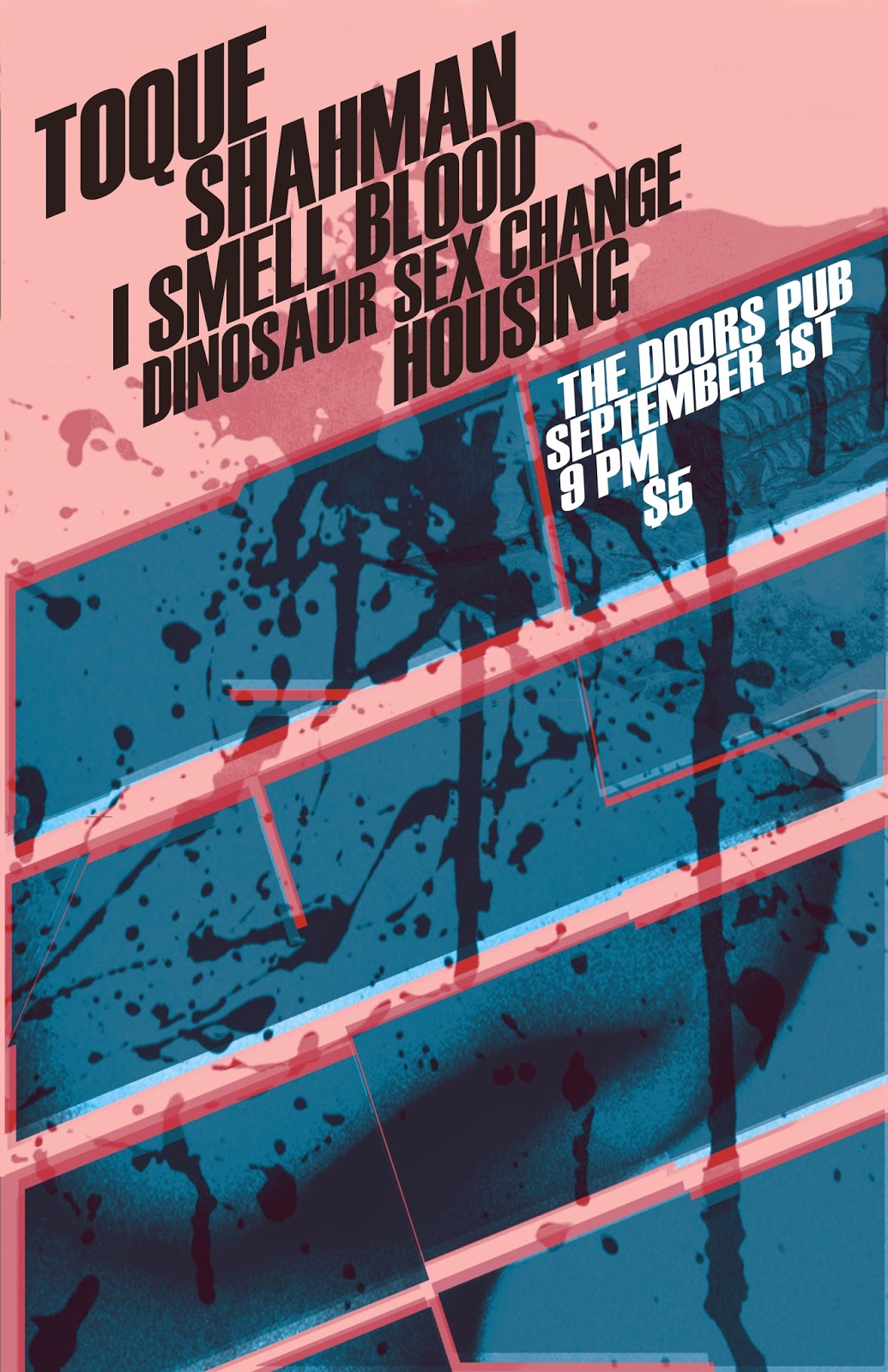 ______________________________
Oh my god, I didn't record the first SHAMAN song, and I quickly apologized to the band after the set because those soaring vocals were so reminiscent of Mare that it gave me chills. Imagine a stoned out version of Isis or the aforementioned Mare (aka progressive/experimental post-metal) with some blaring screams and subdued crooning as well as a great heavy/soft dynamic depending on the song, these guys bring it all.

This was my first time seeing HOUSING, and I gotta say I was really impressed. I'm very pumped to be discovering a lot of decent punk/emo/hardcore and even a touch of screamo (nods to Congratulations and Terry Green) outside of Toronto. This band is at the top for emo/shoegaze/indie rock for sure. I think I read that they got signed recently, but don't quote me. A single guitar, bass, keyboardist, drummer and accompanying vocals (from the guitarist) come together in a shockingly consistent and original way. Stop having exams and play more shows, HOUSING.

These 4 young fellas lit shit up again. Mixing a hybrid of skate, pop and a bit of metallic hardcore DINOSAUR SEX CHANGE is a band to be watched, considering they're all The band will finally be playing a ZBR related show that is all ages so that should give the mini-fest a much needed boost o'youth.