NOUS ÉTIONS began, for me, with some guy on facebook commenting on some post about how Sed Non Satiata was amazing. As I was obsessed with the band and trying to get people to listen to their Daitro split and 'Le Ciel De Notre Enfance' EP with no success, I had finally found someone with mutual admiration for the band. We (Alexandre/guitars and I) started messaging away and he showed me his band's older material, which I dug. He asked if I could help his band release their new LP in 2014 but I was hesitant because I liked the band but wasn't in love. He explained that the new album was much more "up my alley" (not necessarily a direct quote). He was right, because 'La Manière Noire' is one of the most exciting releases of this year along with fellow Montrealers Black Love, with whom I also share my musical bed.

To describe NOUS ÉTIONS' sound I would use descriptions such as metallic, post-hardcore, and European screamo or by comparison, Sed Non Satiata + Gantz = NOUS ÉTIONS. The band's older material is pretty varied and is generally on the harder side, with songs like "Exsangue" coming across kinda Bleeding Kansas-y and "L'empire" having hints of Tephra and Fall Of Efrafa but much more condensed, which are both from the band's first release titled 'Limbes'. Their next endeavor shows two songs transitioning the band from extremely hard and metallic to one with a softer, more intricate, post-hardcore vibe. I think "Je Me Souviens" is a great example of this as it blends some really harsh elements with some elegant and composed...compositions. 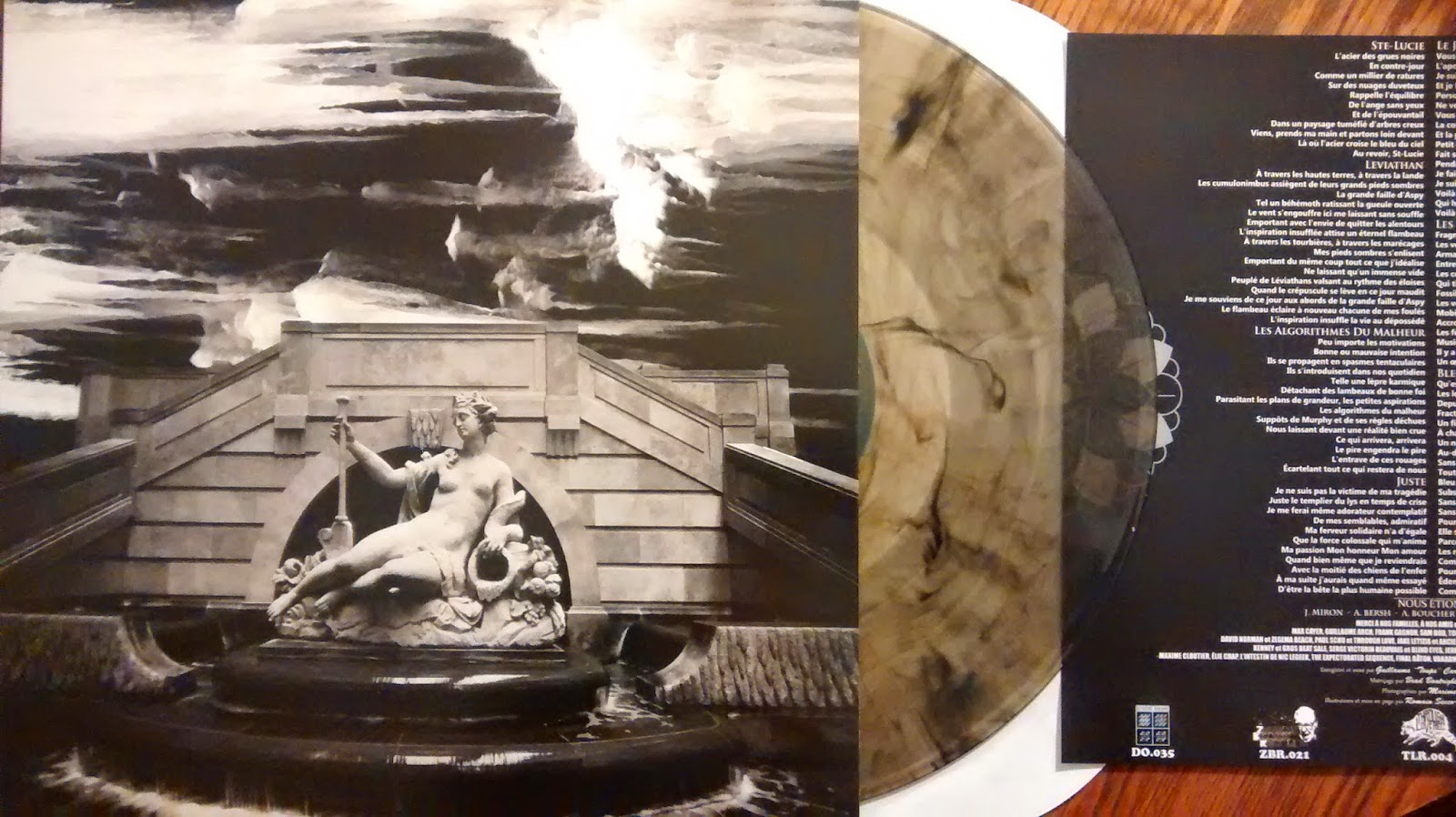 Moving on to the 2014 12" 'La Manière Noire', "Ste.-Lucie" is a great opening track with a slow beginning that bleeds into one particular riff at 2:07 that goes "du-na, na-na, na-na, na-na, nuh-na nuh-na" (or so I say) that gets stuck in my head for days along with that booming bass and those dual vocals. "Leviathan" is my favourite track because that intro is so sugary sweet, much like Sed Non Satiata's newest LP with gruffer vocals. "Les Algorithmes Du Malheur" again boast some Sed Non-esque instrumentals with playful, twirling harmonized guitars that spin all over the place until shit gets ridiculous just before the two-minute mark, quickly shifts/builds until 2:40 and then explodes all over again. "Juste" also busts out some great twinkly, melodic and intoxicating riffs that you can almost inhale right before pulverizing you with some massively heavy stuff. "Le Journal De Ricardo Lopez" is another favourite of mine, as it expertly combines what I love about both softer and harder music, which can bridge gaps for new listeners and wash euphorically over existing ones. "Les Vertiges Du Perché" follows a similar formula with a lush, dreamy intro amidst some pretty emotionally tortured vocals before dismantling the listener with breakdowns and dual screaming. "Bleu Et Violet" closes the album and is a slow song without many overly heavy bits and sounds like a slightly punkier version of Rosetta. 7 songs, all awesome. Plus the artwork is stellar and the vinyl is sweet clear with black smoke/whisps/whatever.

On March 28th, 2014 I had the distinct pleasure of seeing the band in Toronto (review/videos here) and they blew away the expectations I had had and will most likely again tomorrow at the Congratulations cassette release party show, during which Zegema Beach Records will also have the 'La Manière Noire' 12"LP available for the first time! The show is taking place at The Doors Pub in Hamilton, ON at 8pm. If you know someone in the area please let them know about the show, because it's going to be a banger! The facebook page is heeya.