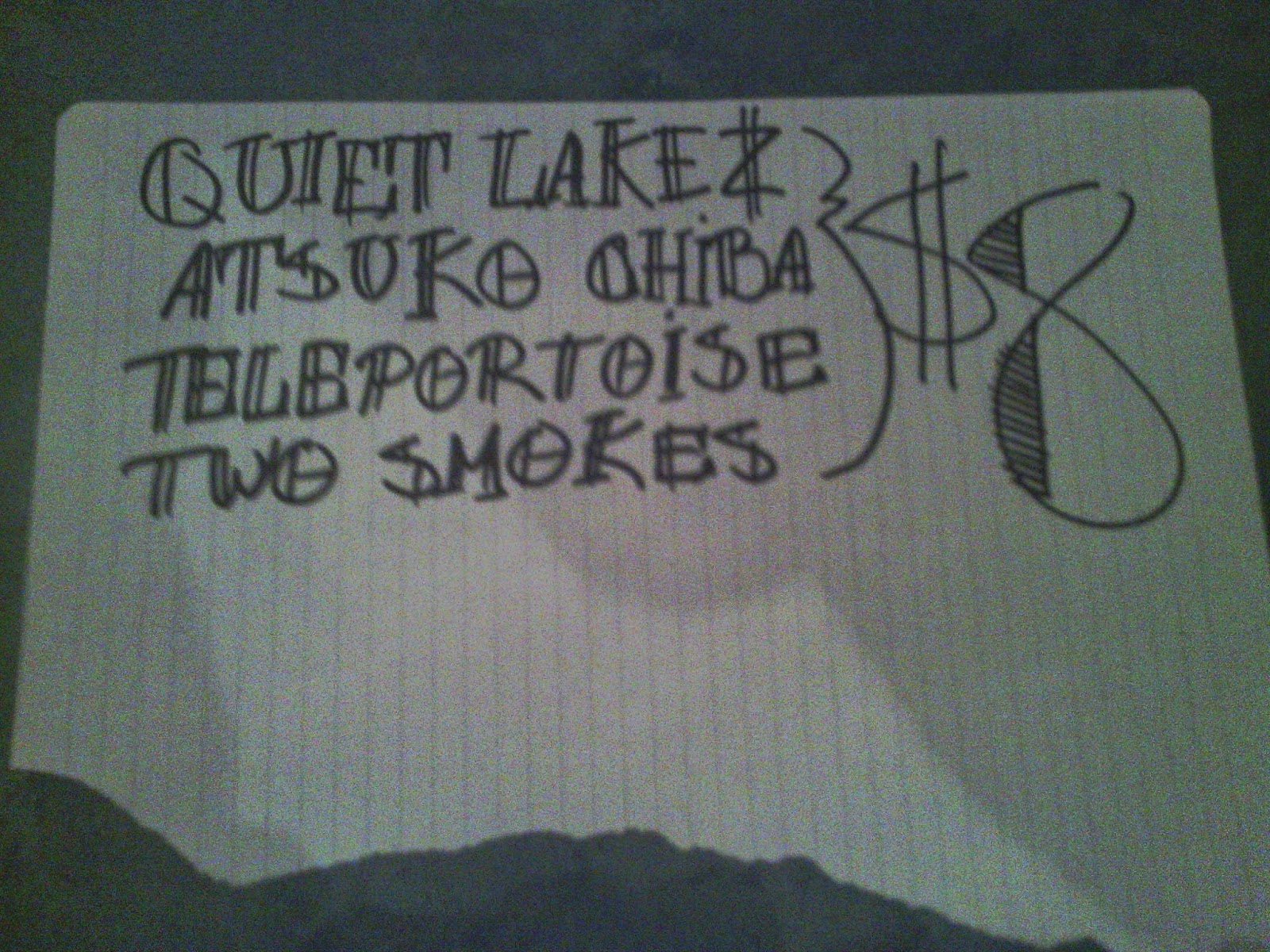 On June 15th, 2014 I attended a concert at The Doors Pub in Hamilton, Ontario Canada. The small but cozy and intimate setting was great for 4 Canadian bands, two from Hamilton, one from Guelph and one from Montreal. Below is a brief review and my choice pick from each set. I have posted the show in its entirety on the Zegema Beach Records page which is linked here and below.

TWO SMOKES were pretty good, but one of the members got pretty drunk and was overly douchey after their set. Nevertheless, if you like growly heavy metal with some powerviolence and doom tendencies this may be up your alley. The lights were off so you can't really see them.

TELEPORTOISE informed me that they were from Guelph and that their post-hardcore scene is thriving. The band's songs can jump all over the map, but stay true to the (possible) influences of Primus, Isis and Mare if they loosened their playing style and incorporated more caveman, chanting and tribal stuff. Definitely in the stoner-metal/doom/post-hardcore realm. The last song the band played blew my socks off, but unfortunately was much better than their other songs, which were alright. If they record this song (which I believe they are in the midst of doing) I'll post it right away because it's a beauty. Check about 80% of it below, as I missed the first 2 minutes. Also, the lights are low here but you can make the band out better than the first video - especially when the guitarist goes ballistic mid-song and starts running around the room.

ATSUKO CHIBA were the reason I went to this show. I saw (and reviewed them here) in Toronto a few months back with Nous Etions. This was their final date of a 3-day stint with QUIET LAKES in Montreal, London and Hamilton. They play a very engaging mix of post-rock, post-hardcore and ambient electronics (as they do have 2 keyboards and visual accompaniments) and I would liken them to At The Drive In, The Mars Volta, Radiohead, Elliot, Milanku and Isis. Included in show link is ATSUKO CHIBA's full set spanning over 30 minutes. The sound is great and the video is really good because they turned the lights on! The band was also ridiculously nice and I pretty much chilled with them during most of the show. Strong recommended if they play near you!!! Also, if you like the set grab their 'Jinn' album which I grabbed 10 copies for the ZBR distro, linked here.

QUIET LAKES closed out the night with a set that was head and shoulders above the last one I saw. They have since acquired a proficient drummer (as opposed to a drum machine) and they played some new material that maintains the atmosphere of Mono and Angel Eyes but also brings in the crunchy, massive riffs that Pelican is known for. Truly a beautiful and crushing band. The new material impressed me so much that I asked the band to play the following weekend with Life In Vacuum, Congratulations, Bambara and Dinosaur Sex Change. They told me they'd play thrashier/heavier material so I am fucking stoked! I have embedded the band's encore song which was actually just a partial improv of a new song they are working on and will play this upcoming weekend. Check out the show on June 22nd in Hamilton here.