There's no point in hiding the fact that VI SOM ALSKADE VARANDRA SA MYCKET (or VI SOM for the remainder of this review) is easily one of my top 10 bands going at the moment. Considering I listen to over well over 1,000 bands per year, that's saying something. What is it saying? Check these fucking guys out. you will not be disappointed. 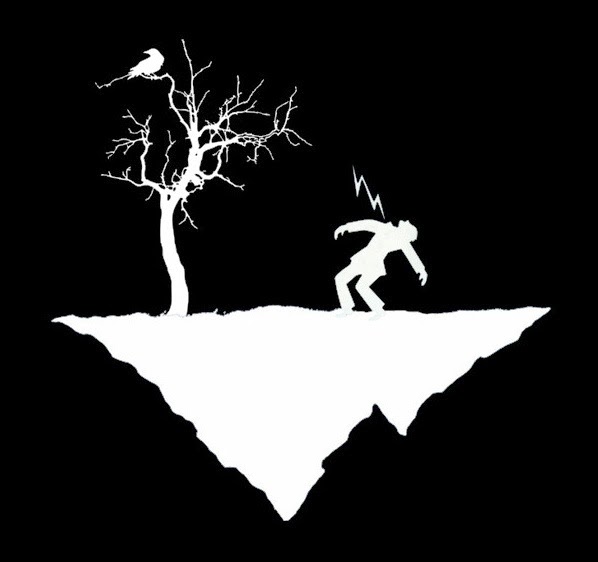 If you are like me, you dig epic songs that change from fast to slow and are heavy as well as beautiful at the same instant (Via Fondo, anyone?). Now combine that with layered instrumentals which cumulatively build on and around each other to the point of them being so massive and engaging that you feel like the band is constructing an elaborate story with plot twists and climaxes galore.


"Ryggarna Mot Varandra Och Vi Fortsätter Gå" is the band's latest offering that appears on the Chuck Bass split that was released earlier in April 2014 on my label Zegema Beach Records as well as Miss The Stars, Muttis Tapes, Tief In Marcellos Schuld Records and Chloromethane Recs. Their single on here is nothing but incredible. The song is an epic jaunt through post-hardcore and screamo territory and although it bares resemblance to Funeral Diner and Via Fondo, their sound is unmistakenly their own. The use of ambiance and acoustics is absolutely unbelievable and really gives "Ryggarna..." an extra layer that transforms the song into a 4-plus minute experience that truly nurtures an internal cinematic journey. Listen to this with headphones on and close your eyes and tell me I'm wrong. Seriously, this is unbelievable. This song also contains the strongest, thickest and dare I say catchiest vocals they've released thus far.

"Du och jag och tiden" is probably my favourite VI SOM song. This thing is as epic as they come. The beginning of the song lulls you in - acoustic strumming with slow, building drums and bass an addition to a second electric guitar that plays some atmospheric melodies until the 1:23-mark in the song when it really finds its footing. The clashing drums and the 6 notes repeated by the remaining instruments as well as the anguished screams get me pumped in a fucking nanosecond. This riff is recycled with additional effects for the final minute-and-a-half which should make you want to tear down your own because...fuck...just because it's so damn good.

"Jag bad dig dra åt helvete, men jag menade förlåt" is the song that was available on the second instalment of the Zampler series. After a spoken/screamed intro with a single guitar plucking away slowly, the song slams in full-force just before the 30-second mark and then proceeds to fluctuate wildly in and out of soft/aggressive segments dripping with ambiance.

Grab the new 7" split with Chuck Bass here. I've got 40 copies sitting in my office and it'd be a shame if people didn't check this out. No, it'd be a goddamned travesty.

That's right, I'm doing a post for a band I've already done, just to let you know about their new album. VI SOM ALSKADE VARANDRA SA MYCKET premiered their new 12"LP 'Den sorgligaste musiken i världen' today on Zegema Beach Records and Blood Of The Young Records, and I am lucky enough to bring you the first track "Leva som snö" as a youtube video, as well as a link to the pre-order and a stream of the entire, 8-track album.

The band didn't seek me out to help release this, I begged and pleaded with them as well as Nick from Blood Of The Young to let me be involved. This is a blatant promotional effort because this album deserves some serious attention from every dreamy/epic screamo fan. Right outta the gate you've got a member from the much heralded (and rightfully so) Khayembii Communique. Second, their past 3 releases have steadily gotten better. This 4th release literally is up there with albums by Funeral Diner, ...Who Calls So Loud, Sed Non Satiata, Envy, Iscariote and Godspeed, You! Black Emperor and obviously combine sounds that are very reminiscent of those bands but have put their own touch and mark on a genre (screamy punk/hardcore, I guess?) that should stand for quite some time. I've released a lot of stuff and have listened to a shit-ton of bands, so please take my honest word for it when I say this is easily one of the top 5 releases of the year and one of the best screamo albums I've ever heard.

Do yourself a favour and check out the songs on the Zegema Beach Records bandcamp page that I've just made live here.

Their is a link to the pre-order here.

You can also read my review of the band's older material (2 digital EPs and a split with Chuck Bass, the latter was also released on Zegema Beach Records) by clicking here.

Please support the band and labels just by listening, because in the end it's all about the music, and this music is fucking amazing.
Posted by Dave Norman at 16:30