Well holy shit. Has it been five years already? That's right, this is the 5-YEAR ANNIVERSARY post! There's a fair amount of news regarding this blog and Zegema Beach so be sure to at least scan through it. Here's what's up:

First, I've posted the Top 20 bands that are awesome but have low views on this blog, also known as the 'Shame On You' list. Believe me, I appreciate the hell out of everyone who checks out this blog for whatever reason, and the title is a joke, if anything. Most of the posts are from a few years ago and I think if I posted them as new now they'd get way more hits. All of these posts have under 400 views all-time, which is really low considering new posts have over 500 hits in 24 hours, at the very least. So here are a bunch of bands that you should check out if you're not already familiar with them, as you likely will find a few new gems here. If not, then truly SHAME ON YOU!!!

1) BACK WHEN (338 views) For fans of: Loma Prieta / mathy, chaotic, metallic screamo

4) FOR THE MATHEMATICS (226 views) For fans of: The Mars Volta / powerful with amazing vocals

10) HOSPITAL (219 views) For fans of: Me And Him Call It Us / pre-Phoenix Bodies emo-violence insanity

13) DESIDERATA (229 views) For fans of: The Blood Brothers / if dancey, sassy screamo met the guitars of ska

16) FRANCIS BRADY (355 views) For fans of: Kodan Armada / so many screamers and so goddamn intense

17) FINGER OF GOD (236 views) For fans of: Russian Circles / easily the most underappreciated instrumetal band

Next, I wanted to thank all of the readers properly, as well as all of the bands that have submitted their music and the press peeps and record labels that help keep me in the loop of awesome, new (and sometimes old) music. Honestly, about 80% of what I listen to on a daily basis for enjoyment ends up being the bands that submit to this blog. I love you all. 💓

Third, Tom Schlatter will review once a month, and Jesse Mowery is coming back on board as he has freed up some time. Woohoo!!!

I've been toying with introducing ads for a few years, and with the blog reaching 50,000 views per month, nearing 1,000,000 hits and Zegema Beach draining my bank account, it is time. So this is both good and bad, cuz no one wants ads, but if we're gettin' screamo labels involved then it's good for everyone! In a band? Run a label? Get at me if interested. Prices will be crazy low cuz I run a label and know having money for the releases is hard enough. Contact me about pricing as this first month I'll be going exclusively from responses to this post, giving readers of the blog first crack. Full pricing will be posted in next month's update.


Email:zegemabeachrecords@gmail.com
with the subject line of
"OMSB Ads"

Starting in April I'll be revamping this site and the layout. First and foremost the exhausting post links on the right side will be indexed. The ZBR picture link at the top will be ditched in lieu of ad space and I'll tinker with some other stuff, but otherwise (((((OPENmind/SATURATEDbrain))))) will operate just like it always has.

Other huge news is that the British Columbia store for Zegema Beach Records up over at Storeenvy and we've got a week long sale with 50% off all orders over $50! There are some exclusive items up there as well, and it will be updated weekly with about five or six massive trades from other labels. Adagio830 is first and will be up in mid-March. Middle Man, Dingleberry and Adorno Records will be up before the summer. Click the link below to check out the 100+ items!
50% off all order $50+ from March 5th until March 12th, 2018


Last thing here will be the upcoming Zegema Beach releases. We dropped a few recently, most notably THE ULTIMATE SCREAMO BAND 10" 'Tout est fini', the CARL JOHNSON / мятеж split tape as well as the new SEEYOUSPACECOWBOY / SECONDGRADEKNIFEFIGHT 7". In March we will finally reveal the unbelievable new 12"LP from Russia's Улыбайся Ветру that's gonna blow you away. Another song from the CROWNING / SWALLOW'S NEST 7" will be premiered this week right here. The DREI AFFEN / COMA REGALIA split 7" was posted in full and is available for pre-order, so don't pass that up. Hmmmm, what else? Oh we'll be helping with the NIBOOWIN 12"LP so you'll see that up in the next week or two.

Aaaaaaand, about fucking time, here's the tracklisting for OMSB mix#2 that was reviewed throughout February: 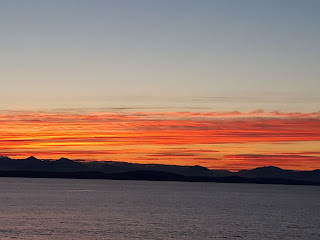 3) being reviewed next month

5) THE WORLD THAT SUMMER - "Moth Volcano"

- CROWNING exclusive premiere
- WHAT OF US exclusive interview

The new OMSB mp3 Mix #4 has 10 tracks of fire, including:
*-* a ridiculous new demo that fans of .gif from god will likely salivate over
*-* the most prolific hardcore/metal band of the last 25 years
*-* the new Leveless project
*-* synth driven 31G jams
*-* Old Soul's new incarnation

Any bands/labels that are interested in having their stuff reviewed, please email zegemabeachrecords@gmail.com: with "Open Mind Saturated Brain" as the subject. Please keep in mind that I don't review everything, just what jives with the blog. I will, however, listen to everything you send me. I would recommend emailing with an idea for a song/album premiere 2 months prior to that song/album release date for a much stronger chance at being reviewed on this blog. Bands that have already had their discography reviewed can also submit new albums for review if they include song/album premieres.
Posted by Dave Norman at 01:45