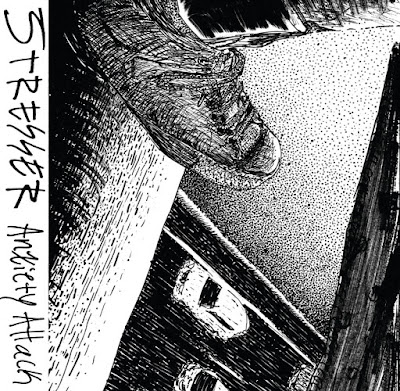 Today's exclusive stream comes from Toronto, Ontario's STRESSER. Their new 4-track EP is being released on Art Of The Uncarved Block on Novermber 16th, 2017 via 50 cassettes whose shells need to be broken open before playing. Sounds fucking sweet. The music is part shoegaze and part hardcore, with rock acting as a binding agent. "Ears, Arms, Legs" is a prime example, with an opening that is deep, lush, space rock and an ending that is borderline screamo. Opener "Socialize" weighs in on the softer, dreamier side (especially with those shoegaze vocals) while "Get Better" is a a quick and heavy number. The entire thing reeks of jazz, post-rock, indie rock, punk and hardcore, while never settling into one genre for more than a minute. STRESSER has also made a music video for "Anxiety Attack", the closing track that is the most spastic and untamed song on the release, which should see the late of day sometime next week. And without further ado, here's the exclusive EP stream...