Yep, another one of Tom Schlatter's bands. This means 3 things:
1 - I love it.
2 - It's heavy, screamy, chaotic and melodic with a metallic edge.
3 - There's an exclusive short interview excerpt included below!

Songs like the quintessential "The Beast" and "Deconstructing the I/It" from the 'Lost Between Hands Held Tight' bear obvious similarities to Tom's previous outfit, This Ship Will Sink. This sound is a combination of dark, metallic tinged hardcore that borders between crazy and melodic. This is epic, crazy and melodic all at the same time. The band incorporated very political lyrics (yeah, big surprise) with chant-a-longs like "Everything I'm working toward, reduced to a dollar sign." Another fantastic thing about IN FIRST PERSON was the packaging. The cd/12" combo for '' is simply astounding. There are some pics next to the interview to give you a vague idea of the scope and effort that went. In the end, I would have to say that IN FIRST PERSON injects the most epic and complete sounding songs that have come out of the Schlatter skrabies. Want proof? Bam.


Here's what Tom had to say about IN FIRST PERSON. His full interview will be posted in January! 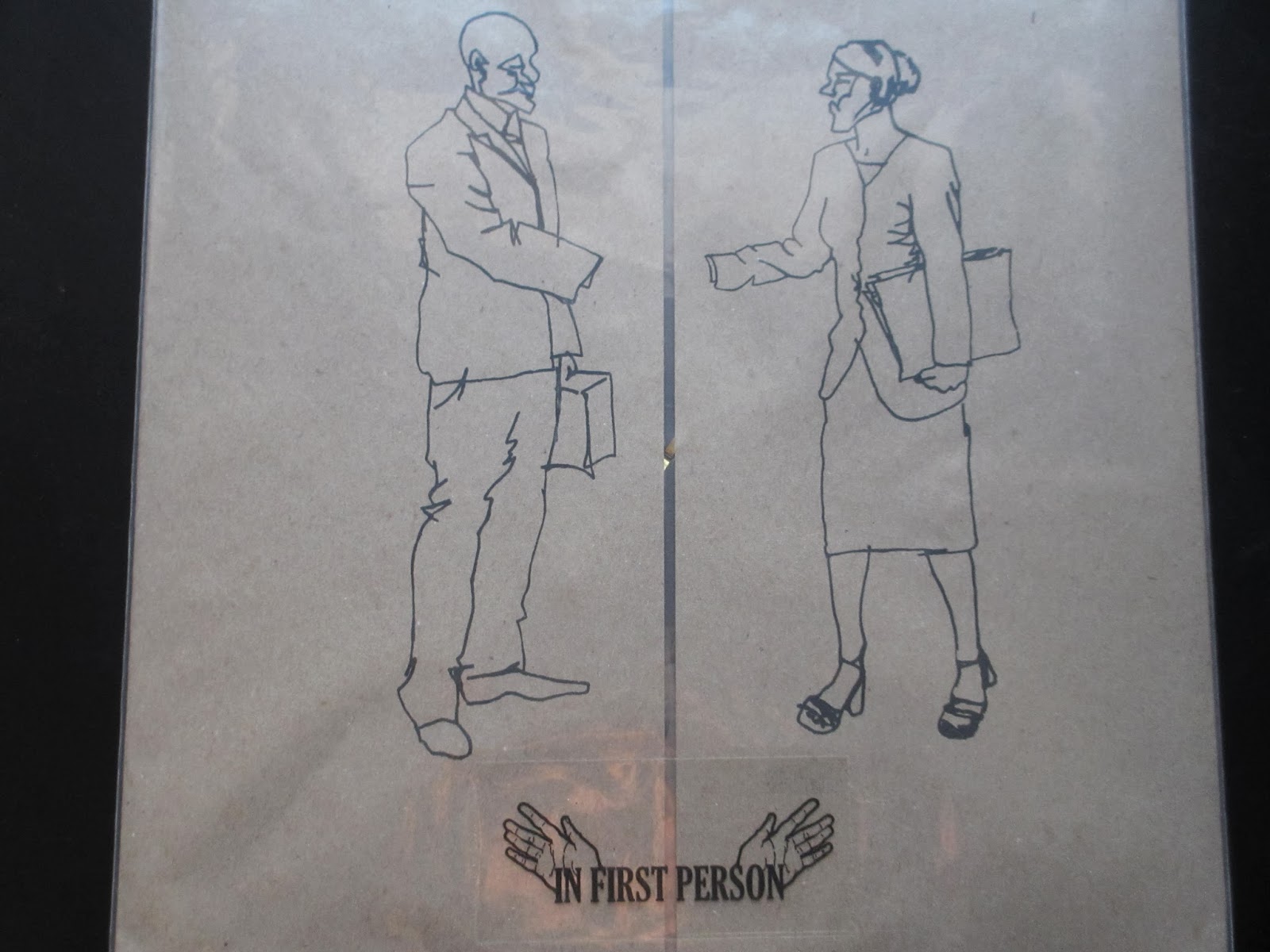 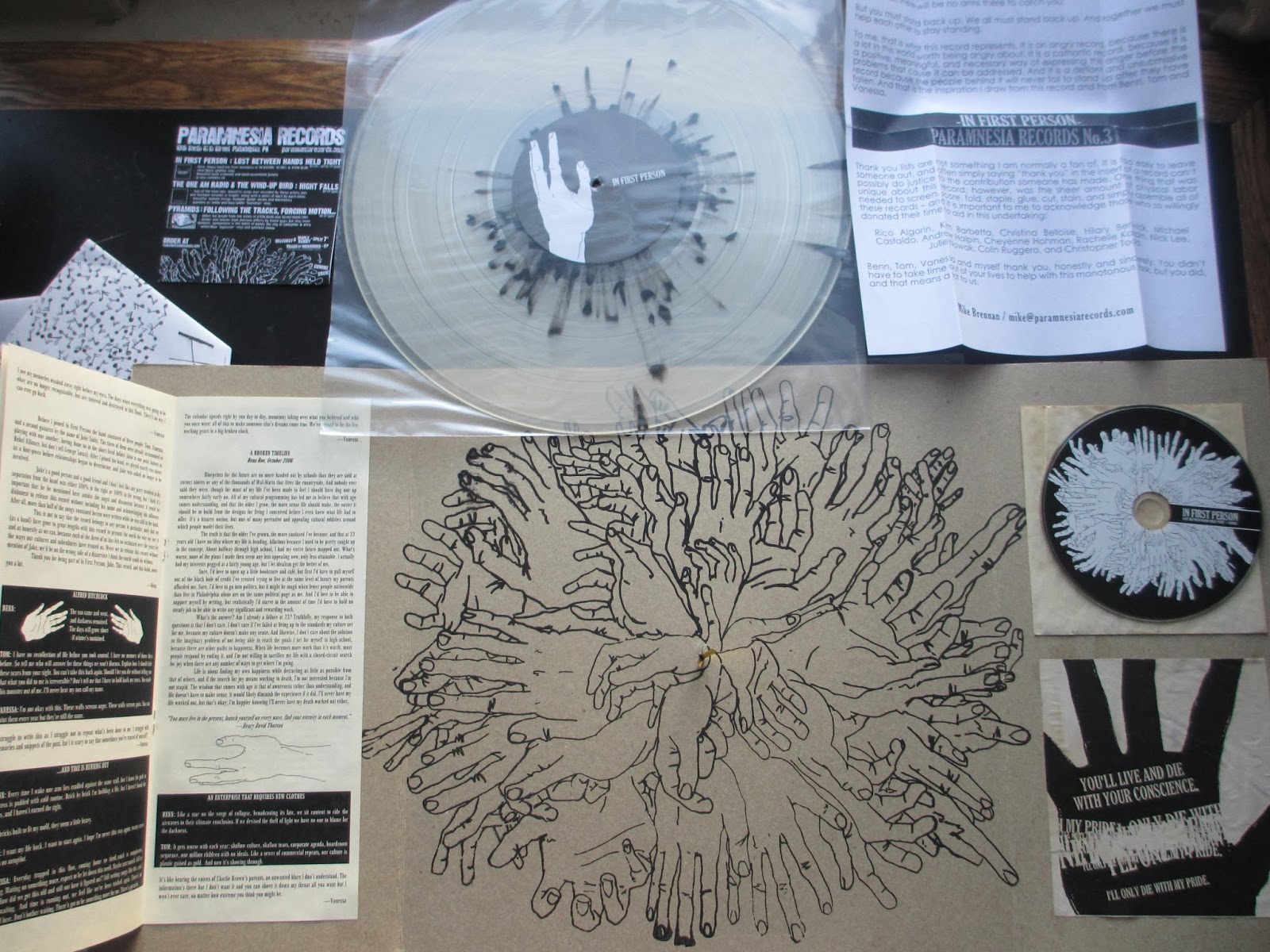 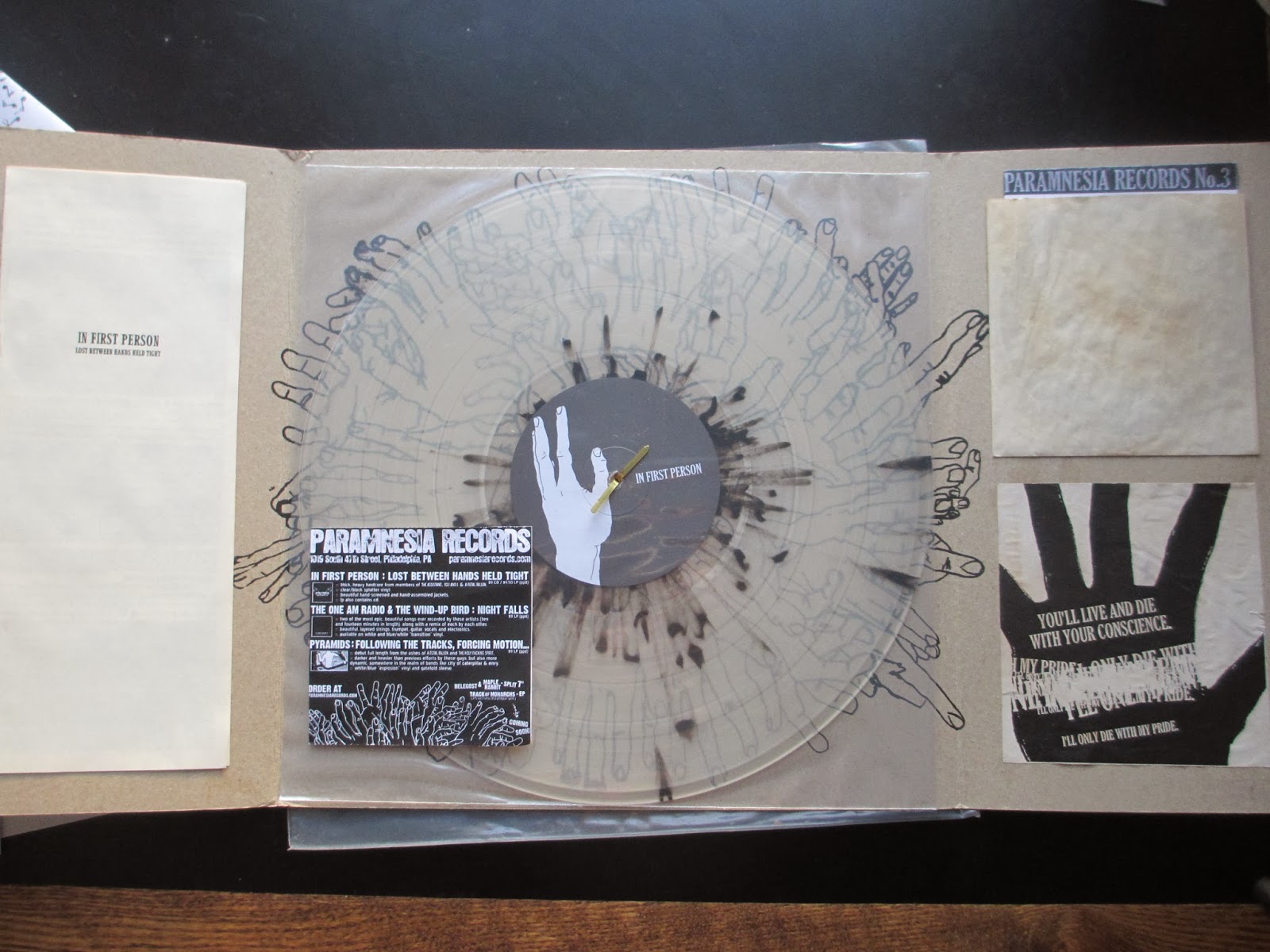 "In First Person can be broken up into three phases: the first would be the Vanessa/Tom/Jake phase. We started with no bass player, Jake and I were both playing through three amps.  It was excessive and the songs just didn’t come out very well.  We asked Jake to leave the band and Benn Roe joined to play bass.  This second phase, the Vanessa/Tom/Benn phase; was how we recorded all of the records.  Benn, though still excessive with amps, really refined the sound and we were writing music that sounded much more like what I had in my head.  Benn was also living at a house in Philadelphia that did shows regularly so we were playing there on a regular basis.  Benn stepped down from the band a year or two later and Rob (who now plays guitar for Capacities) joined on bass.  The third phase of Vanessa/Tom/Rob was the exiting phase.  We wrote some more songs, played some more shows, but the project had just run it’s course.  Through the course of the band I had bought a house and then scrambled to sell it during the market crash.  My job was outsourced after 5 years of employment. It was the most stressful time in my life.  I think the “Lost Between…” LP is such a good documentation of that."
________________________________________________________________________