First of all, here is the new official music video for "Erect, Eyes Closed":

Secondly, here is the video of TRACHIMBOD's first song on the split:


Also, I would strongly recommend grabbing the insane pre-order package deal which comes with TRACHIMBROD's first LP, the new split LP and a bag, all for 20 euros - or about $30USD!

Grab the package here, I did! -> http://ihearttruelove.bigcartel.com/ 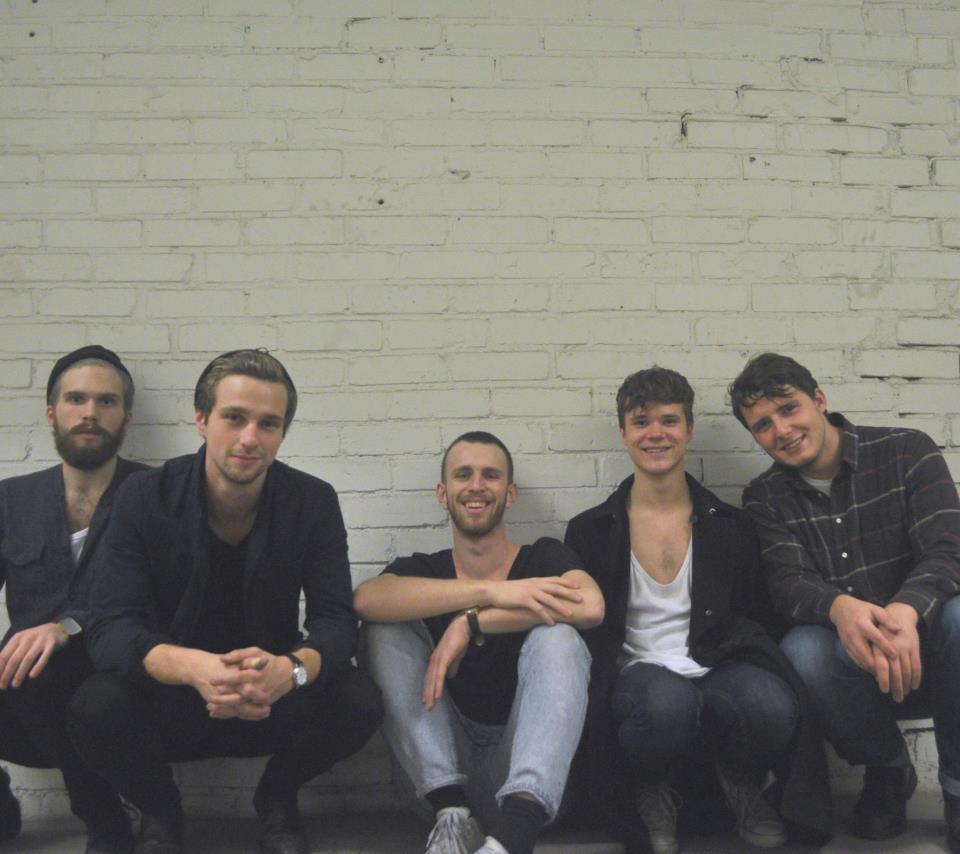 I was lucky enough to have an email exchange with Lukas, the vocalist of TRACHIMBROD. Here is what we discussed.
Describe TRACHIMBROD.
We are five close friends and three of us have been playing together for about seven years in different combinations. Since half the band lives in southern Sweden and the other half in the middle parts we can’t rehearse and jam as much as we want but when we do, it’s rock n roll. Our music has been through some serious oscillating between genres but in the last couple of years you could call it some kind of mix between post rock, screamo, emo and pop. Last year we released our first full length album called “A Collection of Hidden Sketches” and went out on our very first tour in Europe. Paul from the Germany based label Truelove Entertainment and Kimi from Tokyo Jupiter Records have helped us with our releases the last couple of years which is so awesome.


Can you reveal anything interesting about the other band members?
Hannes who plays guitar and writes a lot of our songs is the best in the world at playing electric guitar. Dino, our other guitarist and songwriter is the best in the world in rock n’ roll and will teach you all about it when you meet him one day. Our drummer Max can never learn the real titles of our songs, but he is a hell of a drummer.

How did you guys meet? How did you get involved in the band together?
Three of us met in school where we studied music together and started playing in a pop band. Since then we’ve played in several different combinations. Before Trachimbrod we called ourselves Come Across Trachimbrod and we played more instrumental post rock.

Can you describe any of your personal (or band) conflicts?
Actually, there are very few conflicts and arguments in the band. We fit together and we’re the best at compromising.
Has being in Trachimbrod changed you? How?
Of course it has, in so many ways. We’ve grown as individuals and as musicians through this band, especially by going on tours and meeting new, interesting people.

Do you have any tips for people trying to start bands?
It’s so important to have patience when it comes to starting bands. It can take a good while before you feel satisfied with what you’ve done and that’s a part of it. So just ride along and embrace the whole process of making music, recording music and playing it live.

Can you tell us about Sweden and touring in other countries?
Sweden is a great country. It’s actually really beautiful and people (especially people in this music scene who play and/or arrange DIY-shows) are so friendly and helpful. It’s not very different from other European countries. When we played a couple of shows outside of Sweden last summer we didn’t have very big expectations, but every single venue was awesome and the people who arranged things always helped us out. They made our trip unforgettable.
Maybe something more about Sweden, hm.. Winter is cold as hell, summer is nice and green most of the time. The forest up north is beautiful.

Is it difficult to write songs in English, considering it isn’t your first language?
Not really because all of us studied English in school for about ten years and we listen to so much music in English and watch films in English every day. I actually think it would be harder to write lyrics in Swedish.

Discuss your thoughts and opinions regarding the ‘screamo’ genre.
Hm.. Screamo is a pretty hard genre to define. During our high school years I directly thought of bands like Underouth when someone talked about screamo, but today I’m way more open to the genre. In my head it’s a mix of punk and emo with screaming parts. Our music is absolutely influenced by both punk and emo and we started using some screaming parts on our EP called “Eating People is Easy” from 2009. On our album “A Collection of Hidden Sketches” you can hear it even more. We think it contributes and adds an emotional edge to the songs.

I have noticed that your band is doing a lot of videos for your songs, what was the motivation behind these?
The main reason why we spend time on doing videos for our “singles” is that we love making and watching film. It’s a big interest just like music is, we love to mix the art of both music and film. Also we’ve noticed that people would rather watch a video of a brand new song than just listen to it on bandcamp or spotify. You kind of want to listen to the whole song because you want to know what happens next in the video, haha.

Do you feel like your new/next material can be likened to something in regards to its significance – such as a thought, idea, feeling or specific purpose? Is this communicated lyrically, instrumentally or thematically?
Right after we released A.C.O.H.S we wanted to write new material and both Hannes and Dino started sketching on ideas on their own. Since they live in different cities they met up a couple of times to write it together and out came a few new fresh songs. We chose the two we all liked the most and started recording them last fall. In general there is a bit more of a rock and shoegaze touch on these new tracks compared with the old material. We obviously wanted to do what felt right at the time, not thinking so much of how it matched with the old things, even if it absolutely does according to us. Regarding the vocals we kind of thought in the same direction. There are not as many screaming parts in these new tracks as there are on the album and that’s simply because we felt this was the right touch for this particular material.

Who were your primary influences when you started playing music and who are they now?
When we began playing in 2007 under the name Come Across Trachimbrod we listened to a lot of post rock and since we mostly played indie pop at the time we felt like doing something else. Our first demo was therefore influenced mostly by post rock bands like Aerial and Explosions in the Sky. Before we recorded “Eating People is Easy” we saw Suis la Lune live for the first time in Jönköping and fell in love with their music immediately. This obviously changed our music a bit and personally I would say they’re still one of the big influences. Also bands like My Bloody Valentine, Radiohead, Sonic Youth, Scraps of Tape and Mogwai should be named as important influences.
What is your:
most cherished physical record?
In my own collection of records I would have to say Animal Collective’s latest LP called “Centipede Hz”.

favourite release of all time?
Hmm.. That’s really hard to say. But since I love these kinds of questions I really should come up with an answer.. Ok, I’ll name a couple:
The Velvet Underground – Loaded
My Bloody Valentine – Loveless
Radiohead – Hail to the thief
and also once again: Animal Collective – Centipede Hz

choice for best cover art/packaging?
Our dear friend Kimi at Tokyo Jupiter Records made the cover art for this last split and we are really happy with it. The guys at Studio Weiss helped us out with the artwork for A.C.O.H.S and made us really proud as well. Regarding the packaging Kimi at Tokyo Jupiter and Paul at Truelove Entertainment are in charge of that and we’ve done digipack for cd which has been successful. A really special thing about this new not yet released split vinyl is that there are only tracks on the A-side and the B-side is covered with artwork instead which is awesome. 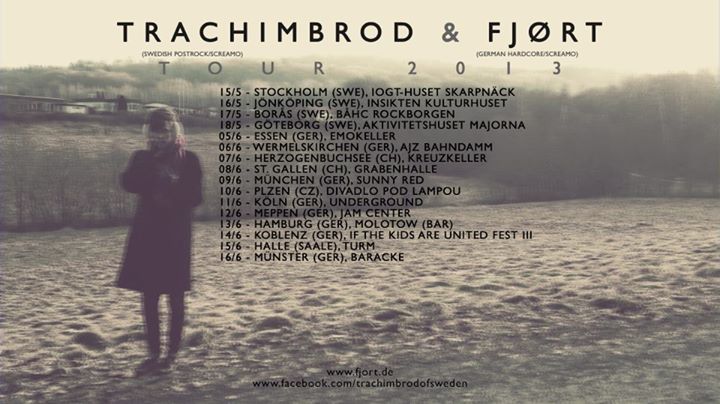