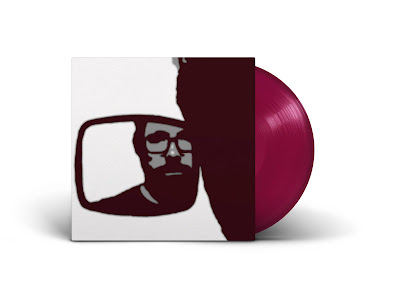 For fans of: ...Who Calls So Loud, Funeral Diner and You And I
Bandcamp
Facebook

COMA REGALIA aka Shawn Decker and friends recently released their 4th full length record titled 'The Mirror' in the spring of 2018 and it fucking floored me. COMA REGALIA is known for putting out tons of material, all of which is great, but this new 11"LP seems even more beautiful, potent, honest and experimental than anything they've released prior. With pre-orders up as of today for the vinyl version, I thought this would be a good time to talk to Shawn about the record and what's coming up next for Middle Man Records and COMA REGALIA.

AUSTRIA
Hardcore For The Losers


Hi Shawn! It's been a minute since we've had an interview. How have you been? How's life? What's new?
Hi David. I'm just getting over a cold but other than that, I'm well. How are you?

Sorry to hear! Hope you're on the up and up. I'm pretty stoked over here, as Lisa and I just scored an apartment on Vancouver Island and will be living there as of June 1st. We got baby #2 being born in early-mid May. Life is good.

How are your kids? What are they extremely passionate about these days?
My kids are good. It's finally nice enough outside now that we can get out to the parks and ride bikes and things.

Your kids are into anime, right?
Not necessarily? They are into video games and cartoons but not anime specifically.

Anything that they're eating up, currently?
I don't know. Most of the time they watch that penguin documentary show
true story.

Before we delve into Coma's new LP let's talk about your other projects, as I'm only embellishing a tad when I say you've got like, a million things going on at any given time. What projects and shows/news did you want to share?
Well the next couple of months will finally see the release of the Macramé EP. Then will be The Matter Field LP. Shortly after that we'll have the second Hex Lariat LP, which is called "Empyrean". After that I have a project which Yasmin from Kodos is doing vocals on and I have a project with Chris from Massa Nera and Tom from What of Us. I'm actually fortunate enough to have a few projects with Tom milling around in different stages.

Good lord I'm excited to hear those. You also run Middle Man Records, so what's recently come out as well as coming out soon that you're excited about?
A couple favorites from this year so far are Closer's "All This Will Be" and Locktender's "Friedrich". By the time this runs the new Respire will be out as well. I know people are really excited about that. Coming up we're helping with records from To Languish, Kodos and the Euth LP is coming very soon as well.

Awesome! The Euth LP will premiere here on May 8th and that thing is an audio bomb. Holy smokes.
For sure one of this year's best.

So let's move into the new record, speaking of one of this year's best. 'The Mirror' is, simply put, phenomenal. I always enjoy Coma Regalia releases but this one stood out to me as being exceptional. How does the story of 'The Mirror' begin?
Well, the Mirror follows the same narrative all of our other full lengths follow and that narrative actually starts on the record "It Ends and so it Begins Again" which is the only record by an old band of mine called Body of Wasps.

I wrote the music for the Mirror a long time ago. Originally it was going to be called something else but the dichotomy of the perceived self and the actual self was still the running theme.

Also, a different album was going to come before it but a lot of things I've been going through regarding my own relationship with gender and body image issues
made the Mirror the album I needed to do now.

Do you have a favourite track on the record?
Probably Shatter.

I think my favourite might be the opener, but "Foreign Reflection" and "Fragmental" are stellar. I also adore "The Lie in the Dark", which has some fantastic guitars and reminds me of Hot Cross. Were there any particular inspirations from other bands and/or their sounds on this track, as well as 'The Mirror' in general?
The opening track, really? I thought that would annoy people.

Yeah it's perfect. It builds ambiance and it's different than more Coma stuff but it's spot-fucking-on.
Well, I did something right then.

Pffff, one of many. So what did you have for inspirations on this?
As far as inspirations go there wasn't anything specifically there that isn't there any other time. With some of the guitars it's kind of like, at this point, I don't have to worry about whether a song can be played with just one guitar or whatever because we have so many songs we can't play many of them any way. I used to try to limit that to a degree because I'd really want to play one song specifically but it wouldn't work

hahahaha you do have a ton of songs. Like...A LOT. And considering how good they are that's really saying something. Do you have anything coming up in a live capacity?
yeah. we're playing some shows this weekend. Dylan Houpt, who used to play in Gas Up Yr Hearse! and now does Suggests A Sky Burial is doing drums on that run and another one we're doing with Hundreds of AU in August. We're also going on tour in June. Mitchie Shue from Truman/.gif From God and a bunch of other sick bands is playing bass and Jason Wolpert from  Déformer is playing drums. Jason toured Europe with me last year as well.

How do you feel like Coma has grown and evolved over the years?
I think there's been certain elements that show up in our songs that don't in others that will always show up in some and not in others. I don't know if you listened all the way back to some of the oldest songs you might think we still sound pretty much the same. Maybe I'm wrong.

I have jammed your stuff from the beginning and you definitely have a style that you've stuck to. I think 'The Mirror' is the most out of the box you've done but it's also tied for my favourite Coma release. So take that as you may. ❤
Tied with what?

Ours Is The Cause Most Noble. And that song on the Kaoru Nagisa split.
Oh, I feel like a lot of people overlook OITCMN.

Agreed. Pure fire! Last question what is coming up for Coma Regalia and yourself?
As far as Coma goes, we're recording some songs after tour. I don't have a ton of plans after that as my wife is going back to school but I have the next record written and I could record that any time. You never know.

I eagerly await it. Is there anything you can divulge now about it, besides the fact that it's written?
It will be called "Il Evectes". Another reason I'm holding off on recording it is because Plague Walker has recently solidified our line up and started playing out again. I've also written a bunch of songs. We've started recording four of them and there's basically a full length worth of songs left after that. I'm really excited because I love playing with them and think these new songs are great.