June 21st, 2017
Following our band debacle in Croatia which led to the tour being cancelled, we made our way into Germany on a grueling 11 hours bus trip...with a three-year old! At this point I was going out to shows alone, which is pretty normal for me, as Mike Van Buren had made his way to Sweden in an attempt to reclaim his lost luggage. I took a 45-minute bus through the beautiful Munich which was exhilarating. Respire and Love/Lost had just started unloading into the venue so I helped and then hung out with the bands. At Kafe Marat in Munich/München there was a meeting for an organization protesting the G20 so I was asked not to take videos of the venue itself, just the bands. At that point members of Respire, Love/Lust and I walked to a river and made most of the following video interview that I'm premiering right fucking now. Enjoy!

SUR L'EAU
The openers SUR L'EAU were the local act from München, played spastic and loose hardcore and were fitting openers, bringing in shorter songs and a more direct approach, with the two out of town bands playing 5-10 minute songs. Check some out below. I'm kind of lost on comparisons here, but the vocalist was very in your face which added an extra notch of intensity to the set. I guess maybe Arches? I don't know.
Link to song: *2*
ffo: Orchid, AttackRobotAttack and Cease Upon The Capitol
Bandcamp
Facebook

LOVE/LUST
Next up was Respire's touring partners LOVE/LUST from Berlin. Apparently dubbed as "hipster black-metal" when attempting to rope Respire in to a tour, played an awesome three-song set with a newly acquired 16-year old guitar player. The quartet used the space excellently, moving around and even employing a selection of vocal effects. Each song seemed to hover just under the 10-minute mark and incorporated dreamy bits, slow builds and chaotic eruptions. Keep an eye out on this very young band (together only six months for this concert, I believe?) as they released 'Sorrow' which I've linked here.
ffo: Locktender, Respire and NIC aka ██████
Bandcamp
Facebook

RESPIRE
The amazing RESPIRE were up next...after a pepper spray incident that caused about half of the audience to give up and go home. That really sucked. But here is their full set below, in case you were one of those few who thought they weren't going to be able to play in that tear-inducing pepper spray chamber. Anyway, they go through the motions for a few minutes before finding their groove and then they rocked out harder than I may have ever seen them do before. Eslin's viola playing has been modified since she joined the band full-time, as she matches the notes formerly held by Emmett's trumpet perfectly, as well as doing her own stuff. I even jumped on for some vocals on "Eternal Nothing" and man that was awesome. The band is writing for an upcoming LP so keep your eyes peeled in early 2018!
ffo: Old Soul, City Of Caterpillar and Locktender
Bandcamp
Facebook
Grab the few copies left of their 12" first pressing 'Gravity and Grace' here.

Here are some pictures from around Munich, Germany. 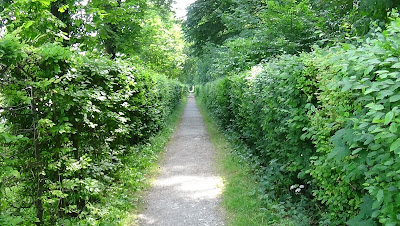 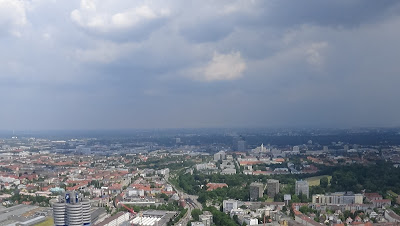 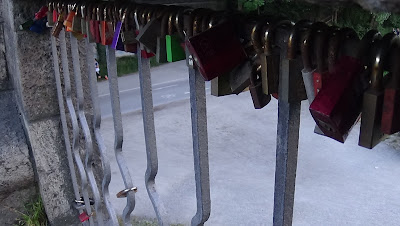