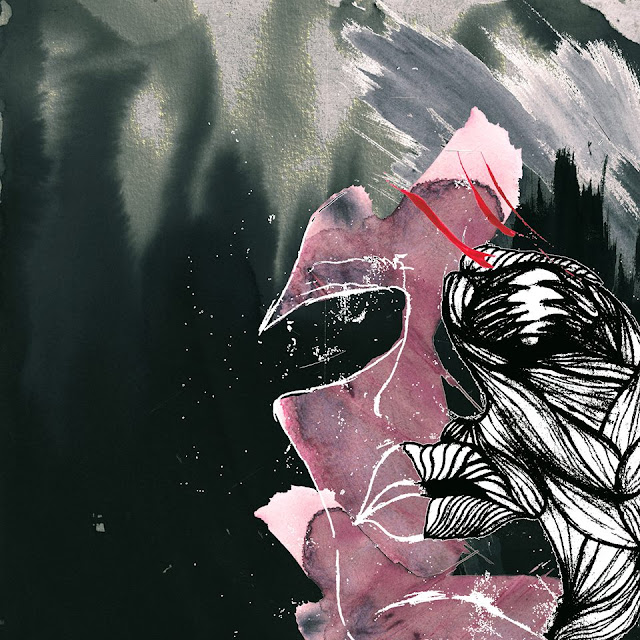 Streaming in full on October 2nd from Sophie's Floorboard w/pre-orders available via:

My first introduction to MASSA NERA was on the first date of the 2016 мятеж tour, August 9th in New Jersey at Boontunes, to be exact. The young group, then 5-piece with a different bass player, blew me away. Check out the videos I took of them here. Fast forward to late 2016 and I got to help with the Jeromes Dream tribute cassette, of which they took part in. Not only did they take part, but they submitted one of the best tracks on the 60+ minute compilation. In early 2017 I asked some bands if they were interested in playing the Zegema Beach Records Fest in June, to which MASSA NERA agreed. Two days before their departure date and three before the show, their vocalist quit the band. But the remaining four fellas drove all the way to Hamilton, Ontario from New Jersey and blew everyone at that night of the fest all the fucking way to the outer rings. Be sure to check them out in this ZBR Fest Day 1 post linked here. A few weeks following their rousing performance I received their LP masters and weeeeeeeeeeoooooooooowwwwwww that's some good shit. I made sure to get myself and Zegema Beach Records on board, after which we reached out and asked for help from Middle Man Records, Ancient Injury Records, Dingleberry Records and Belle Époque Publishing (Egin from Respire's new label). To top off this incredible journey with MASSA NERA is the stunning 12" art from Connie Sgarbossa of SeeYouSpaceCowboy fame. So, without any further ado, here is the premiere of "One.Two.Zero." from the upcoming 'Los Pensamientos De Una Cara Palida' 12"!

After the initial 44-second noise intro "One.Two.Zero." goes all out. I love the massive breakdown and subsequent drum ridiculousness just after the one-minute mark. After a dark transition the groove sets in around 1:40 and the band rides this wave to what seems like an anti-climax, only to drop down further to invoke a powerful and cathartic outro from 3:05 that gives a hint of what's to come from their upcoming LP. Absolutely crushing. Wowza. As mentioned above, there will also be a full album stream with the pre-order links coming October 2nd, 2017 over at Sophie's Floorboard. Get the fuck ready.
Posted by Dave Norman at 14:42