BLACK NAIL exclusive premiere for:
'A Meeting of Bliss and Trauma' 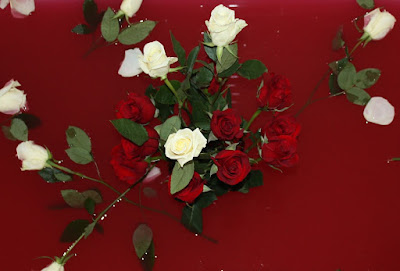 For fans of: Me And Him Call It Us, .gif from god, Letters To Catalonia, The 21st Agenda, Caust, Swan Of Tuonela and Mothlight. 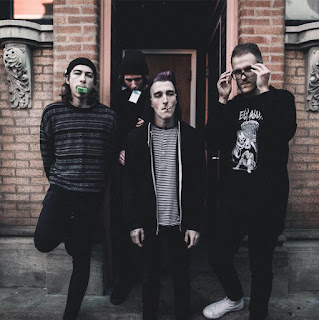 Near the end of 2016 I was passed BLACK NAIL's self titled debut EP (linked here) and was pretty goddamn impressed, so much so that I was insanely close to including it on the OMSB Best of 2016 list of EPs, linked here, as it would have been #11. The screamy and grindy metalcore is unrelenting and pummeling, leaving no space for ambient bits or cleaner sections and instead opting for panicked chords, chaos and murderous breakdowns.

A few days back, Chicago's BLACK NAIL sent me two new songs to premiere and I can safely say that these things are fucking unreal. The explosiveness and sheer intensity is overwhelming and will leave fans of Me And Him Call It Us, Letters To Catalonia and .gif from god in a euphoric state. The new EP is titled 'A Meeting of Bliss and Trauma' and will be released in the near future on tape and cd, according to the band. Opening track "Holding a Moth by the Wings (Hands for Scissors)" is an eerie and feedback saturated homage to Me And Him Call It Us, combining poisonous vocals with crushing instrumentals. The songs speeds up substantially at 1:18 and disintegrates into black hole breakdowns by 1:30. The final half of the EP is "It's Not Just a Feeling, You are Being Watched", which is a mere 1:53 of forehead slapping awesomeness. Opting for a faster opening and scathing vocals amidst here and there mini breakdowns, the song goes fucking ballistic at 1:38 and will have fans of .gif from god and Letters To Catalonia on their knees praying to the gods of spazzy, metallic screamo. Seriously this song is one of the best you'll hear in 2017.

The band will be touring in March to SXSW with the band Tweak.

Here are the songs, blast this until someone complains...and then turn it up louder.


"Holding a Moth by the Wings (Hands for Scissors)"

"It's Not Just a Feeling, You are Being Watched"