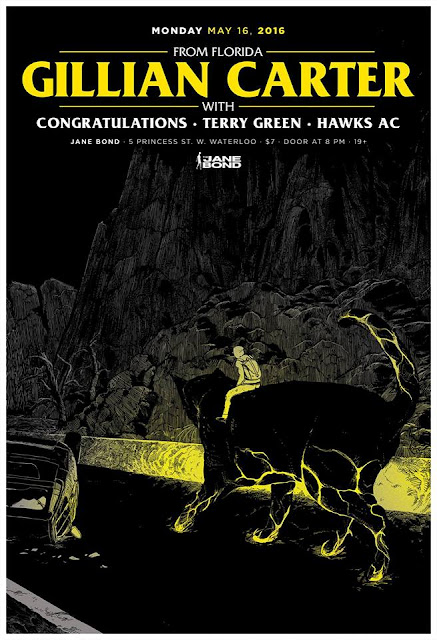 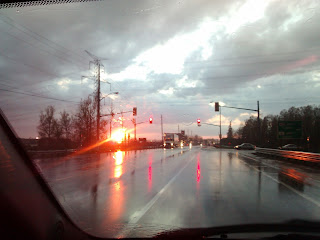 I turned around and said it to one of my friends at the show, "I think there's a fair amount of people in the US that would kill to be at this reunion show." That sums up the night in a nutshell, I'd say. With CONGRATULATIONS reforming for this show, GILLIAN CARTER passing through from Florida, TERRY GREEN making their longest ever show trek and the locals HAWKS AC setting the stage for the aforementioned bands.

HAWKS AC
First up was Hawks AC. I met one of the members afterwards and he was a super nice guy and let me know that the band is really called Hawks Athletic Club after Hunter S. Thompson's school club, as the members are huge fans of the author. They played a myriad of styles that all revolved around punk. I like the video I took but I must say that if you like it, you'll love the rest of the stuff by the band as it was even better than this.
Bandcamp
Facebook

TERRY GREEN
To absolutely no one's surprise, Terry Green rocked everyone's socks off and then receded into the background. Seriously this band kills it every time. The sassy, screamy and melodic punk/hardcore is as infectious as it is powerful...and it's a lot of both! I've heard rumours of the band recording an LP this summer, so fingers crossed. 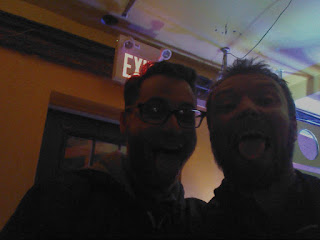 Not unlike the two nights prior, Gillian Carter ripped the face off of another Canadian city. Blasting through 10 songs in around 20 minutes, the 3-piece showed why a 30-day tour is needed because goddamn everyone should witness this amazingness. They played songs off of 'Lost Ships...', 'Songs for Splits' and 'Dreams of Suffocation' and choosing some of the strongest tracks from each resulting in throbbing, cacaphonous eruption of chaotic and melodic screamy hardcore with sprinklings of ambient tranquility. These fellas are still on tour so be sure to check them out on their remaining tour dates:

CONGRATULATIONS
I wouldn't have missed this for the world. After almost two years of inactivity, Congratulations practiced a few times and closed this killer show with their entire discography. The six songs are spread across two releases, the 'Demo' tape which can be purchased here, and the final "Song 6" appearing on a 7" split with The Rabbit Theory which will be coming out later this year on Zegema Beach Records, Time As A Color and Ape Must Not Kill Ape. The band knocked their songs out of the park without skipping a beat although Anthony's vocals were nowhere to be found at times, but when he chimed in it was like 2014 all over again. Missing that fella who moved to Montreal, the band quickly recruited Colin to play guitar and he was fucking stellar. If the lineup holds maybe we will be in store for more Congratulations? Fuck me, I hope so.