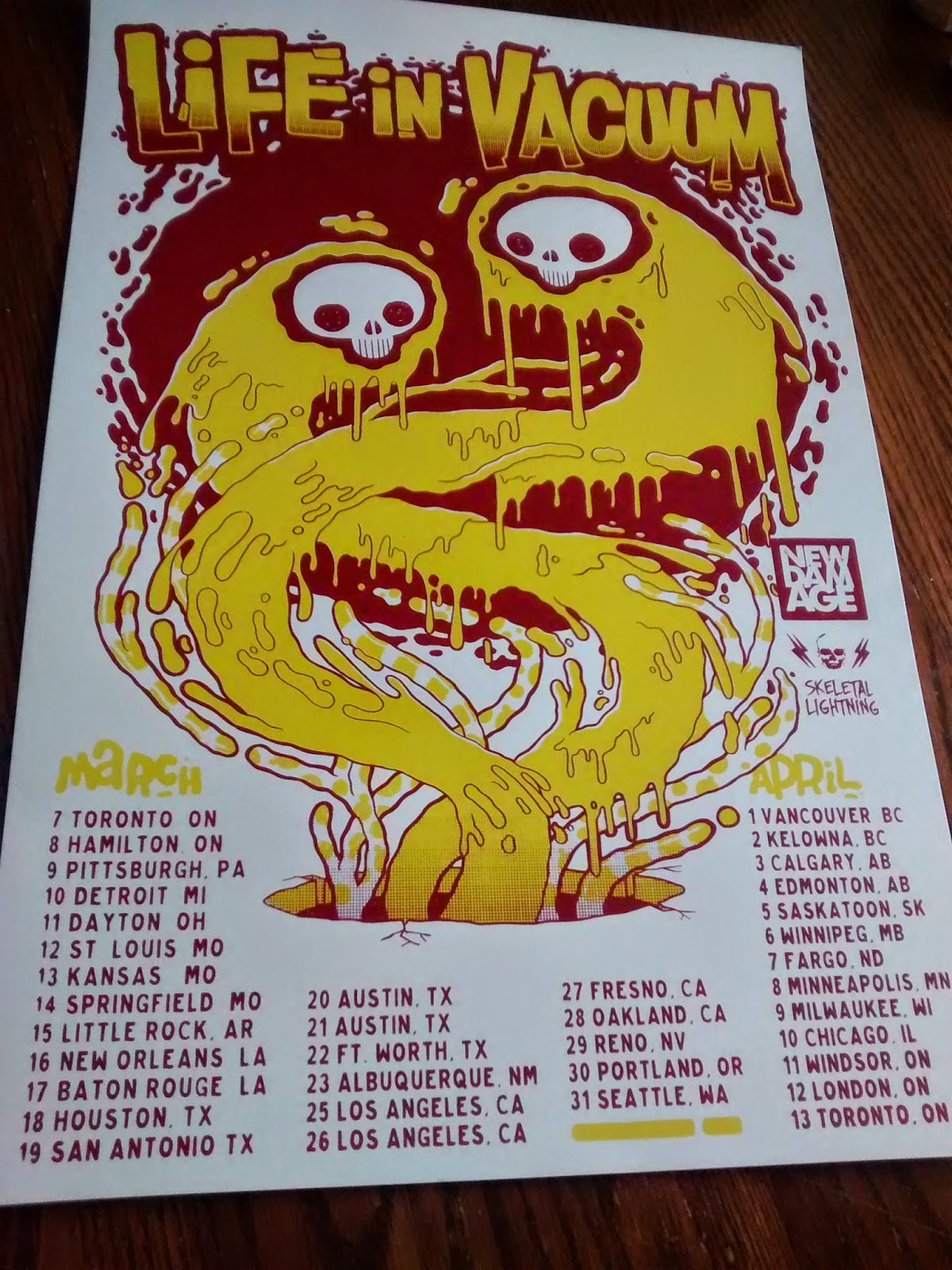 So on March 8th 2015 I put on the 6th Zegema Beach Records show at the Spice Factory in Hamilton, ON Canada. It was the first real all ages I've put on and to be honest I regret the decision. I think we had 2-3 people who were underage and in making it all ages I had to pay the venue so it didn't really work out. Well, live and learn. If you want to watch all the videos (there are 2-5 for each band, totaling 18) please click here or the link below. I've included my favourite nab from each live band and embedded it below the band description. Enjoy!


LIFE IN VACUUM are on tour and if they're playing near you I'd be flabbergasted if you can find something better to do that night than rock the fuck out to do those beautiful people.

GET OFF THE COP
I've seen the band before, but this night's showing by GET OFF THE COP was heads and shoulders above their last performance. The sound was much more cohesive and the mixture of band member's instruments was leveled out perfectly, and those vocals, oh man, they are so thick and screamy (Transistor Transistor comes to mind). They sounded much tighter and the songs are really interesting and bizarre. A band I really enjoy watching in the Hamilton and surrounding area. Plus, Nick from the band (guitar) also did the sound and helped book the show so hats off to that guy. He's amazing.

POOL BOY
POOL BOY were an interesting concoction of shoegaze, punk, indie and math rock. Sometimes sung, sometimes yelled and occasionally yelped. They really do have a sound all their own so check out the video below for a good representation. They played a pretty long set and everyone seemed to dig so hopefully we'll have them back soon!


LIFE IN VACUUM
LIFE IN VACUUM played best set I've ever seen. I've seen them...hmmm, maybe 7 times and I must say that with these three new songs ("Intro", "Black Snow" and "New Blood") are the best weapons in their already hefty arsenal of killer tunes. Although you can't really hear vocals from where I'm standing in the video, the entire set was spot on by every member of the band. This three-piece is going to garner a hell of a lot more attention when these songs drop on their upcoming split.

DINOSAUR SEX CHANGE
DINOSAUR SEX CHANGE play skate/hardcore punk with 3-way vocal harmonies. Mike is a great guitar player and has some killer licks, just watch video #2 if you don't believe me. The people at the show were receptive and I can truly hear them getting tighter. Plus those newer songs are pretty sweet. If you like Reset, Bigwig and older Osker I'd recommend these guys in a heartbeat.

TERRY GREEN
Now, I've seen TERRY GREEN many times and they always have decent stage presence, but tonight was different. Perhaps it was the incredible Life In Vacuum set that got them all pumped or that everyone was sober, but they put on the most passionate and animated performance I've ever seen. Matt (guitar) in particular was jumping on amps and giving feedback while laying on his back with his legs in the air. Passionate, very intense and weird is what I'd call the set. Why weird? The guy in yellow shirt with glasses standing at the back of the stage, I shit you not, never moved a muscle during the set. No exaggeration, not a single muscle. It was weird, but hilarious in its own way. Check him out in every single Terry Green video. 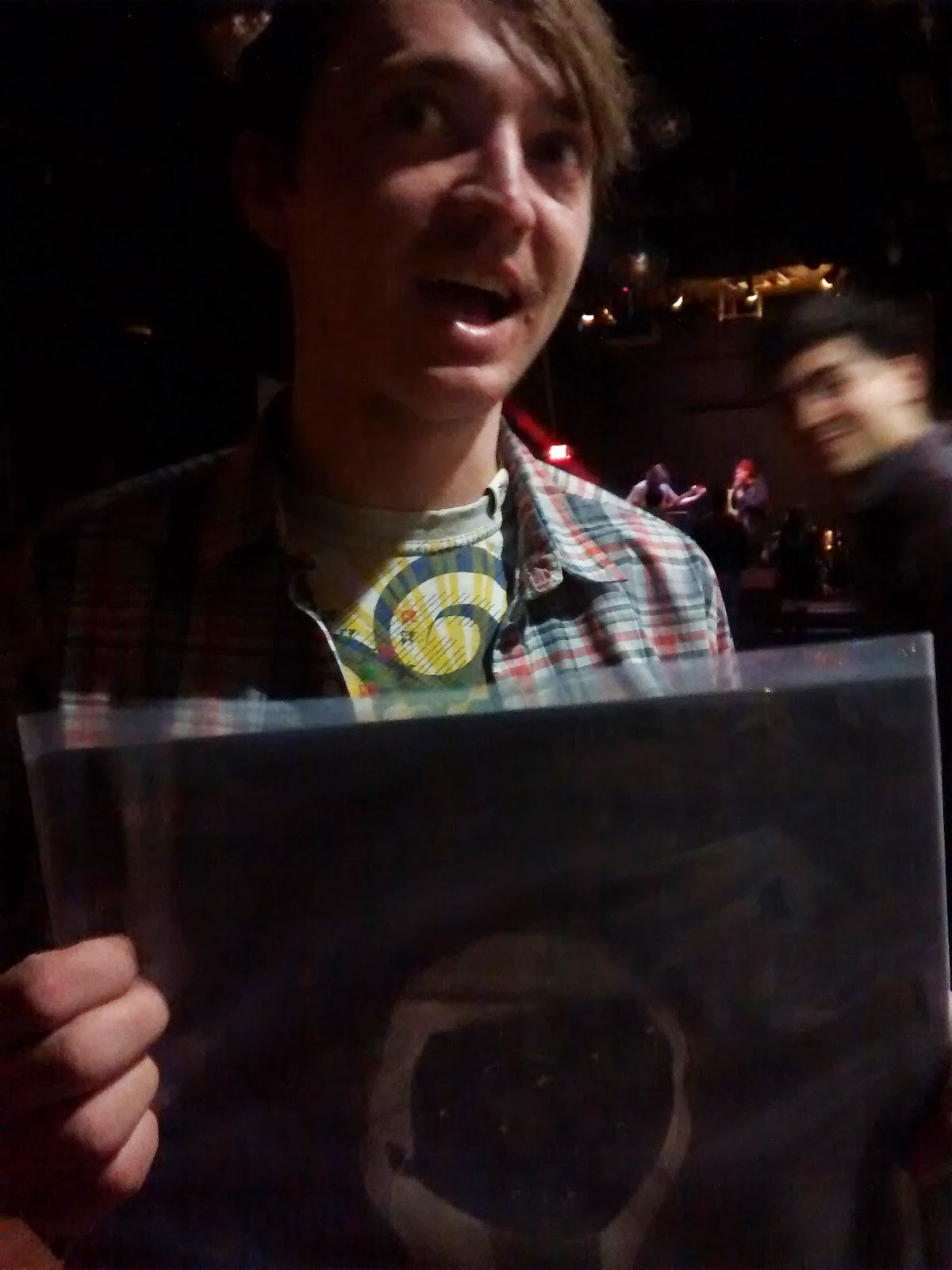