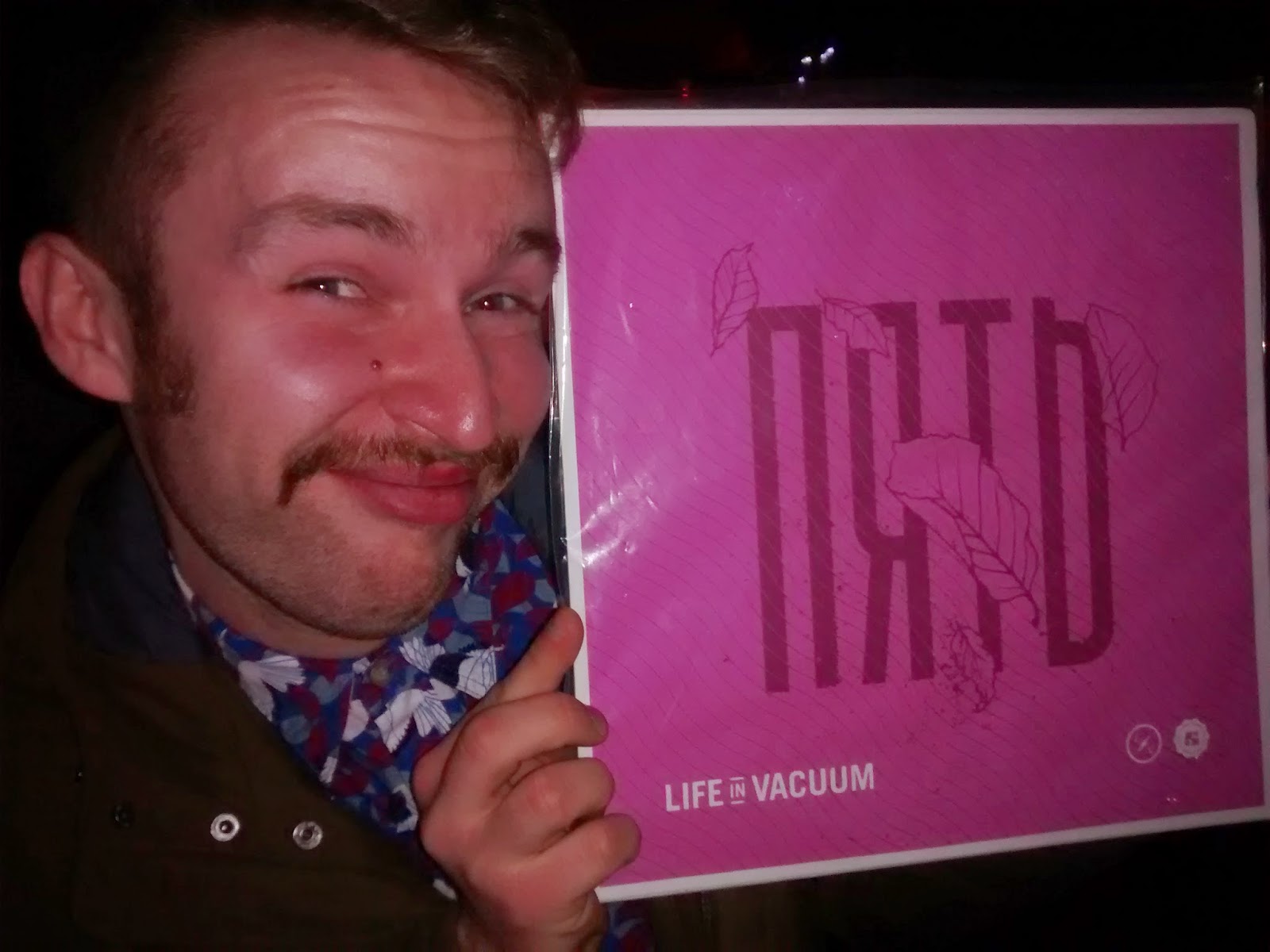 On March 13th, 2015 I drove to Toronto in order to attend a show featuring THE EXPLORATION at The Central. I'd never been to the venue, seen any of the bands or heard of the ones besides THE EXPLORATION. It was a pretty decent show with a wide variety of styles showcased by some really cool people. I met up with Egin (of Respire) and ran into Adrian (from Terry Green) and his friend Dean (pictured above) so I had some people to talk to in between sets as I stood at the Zegema Beach Records distro table. Let's start with the closer first.

THE EXPLORATION were fucking awesome. I knew I was going to enjoy this, but wow. The band is tight as hell and so fun to watch live.  The bass held the groove, the drums were really fun to watch (especially the crazy solo at the beginning of "Nostalgical" and the guitar-work was amazing.They are still on tour so be sure to check them out! Think La Dispute vocals with Native, Dakota! Dakota! and Piglet instrumentals. Very very cool stuff from Grand Rapids, Michigan. I grabbed some copies of their material and posted them in the ZBR store:
'Demography' tape
'For Cabana' 7"/tape
record label Fawning Records 001 nabbed four copies which you can grab here.

5 - Somewhere in the Middle


PUBES FLORAL combines some interesting sounds, including a sax and a very jazzy drummer. It was very refreshing to see as I've never heard this amalgamation of instruments and I think it turned out pretty well, although the vocals seemed a bit off at times. Think of a lounge/jazz band mixed with Sinking Steps, Rising Eyes or an indie/emo band and you're on the the right track. It was pretty packed up front so I only got one video.


I missed the first local opener as I set up my distro and did a brief interview with Egin about a future ZBR website. Oops. Another local opener was THE FLU who play fun, grungy, dirty, loose and yet refined has some songs that made me smile and others that made me band my head. Think Maximum R'n'R and Transistor Transistor doing some serious grunge punk. Even though some songs are much better than others, this two-headed beast is worth checking out for sure. Loved the women's clothing on the guitarist.