RUPTURES (known as RVPTVRS) put out releases that are consistent - but part of that consistency lies in the variety of sounds captured on each album. There will be heavy songs - oh, there will be heavy songs. You will find noisy songs. Atmospheric tracks. Rock ditties and who knows what the fuck else. One thing is for certain, though, you are going to get knocked the fuck out.
In general, I would that RVPTVRS play a dirty, bass-driven style of screamo/hardcore. Songs tend to be melodic yet extremely hard, but don't take my word for it - while reading the interview stream the songs on this page, go to the RVPTVRS bandcamp here and check out the band's new song titled L'adydream - which is pretty dark, thunderous, epic and very different from the majority of their other songs - here. 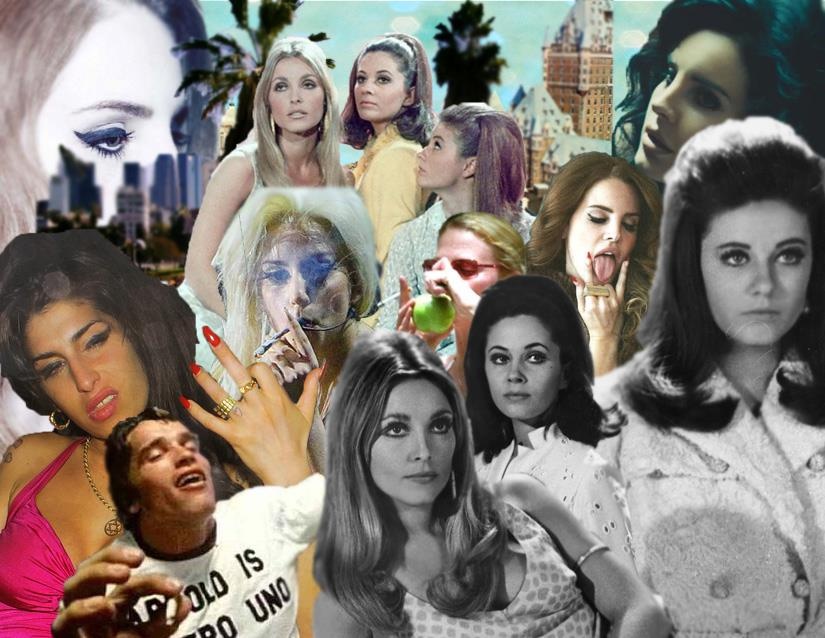 David from RVPTVRS answered some questions. His answers were short and to the point, much like the band's music. And like the RVPTVRS lyrics, littered with wit and self-doubt. 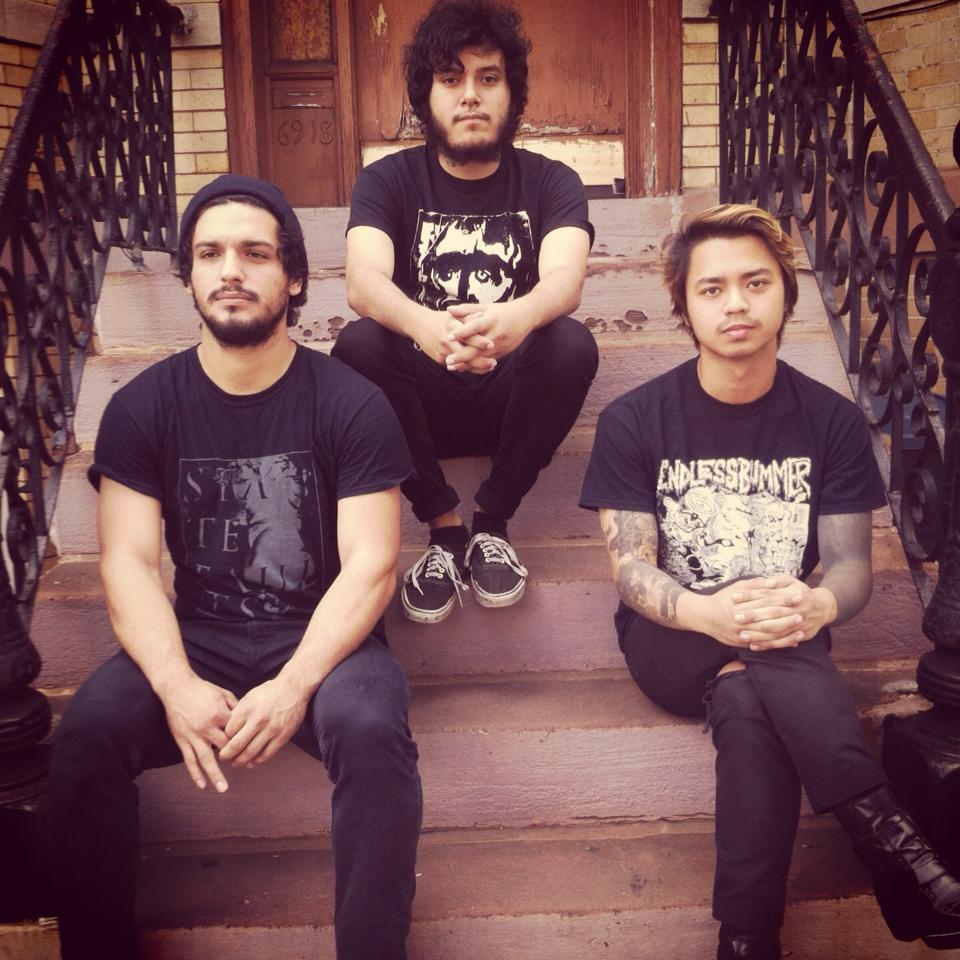 Considering promoting new bands is what my blog is all about, what unknown/obscure band(s) would you like people to know about?
They As In Them | theyasinthem.bandcamp.com

Where do you find out about new music?
Mainly the internet; 'Youtube', music blogs, 'Facebook', etc. Sometimes visiting record stores and seeing cool LP covers and whatnot.

How would you describe your music?
A bag full of hash-tagged unorthodox tunes.

Because we sucked - and we still suck.

Can you describe your most recent recording experience?
We decided to go back to the same engineer that recorded our previous releases. He’s a nice guy and gets the job done at a reasonable price. We attempted to record it ourselves but it just didn’t work out as planned. Everything this time around was fluid and felt natural, which lessened personal thoughts about setting our own bodies on fire

What formats would you like to release it on and why?
Everything from cassettes to digital downloads. Vinyl being our favorite format because I guess we still live in the early 1900's, plus compacts discs just aren't cool anymore. We’re shooting to release all of our music on floppy discs sometime next year.

What would you like to say about your band’s artwork?
We got friends that feel what we say, we give them a theme (#depressionpunx) and it gets done.


Will you have a record release show?
We're actually waiting for Dave Grohl to get back to us.


Talk about your massive US tour schedule.
57 days of throbbing headaches and suicidal thoughts. Why be pissed off for one month when it can be two? (*editor's note: click on the pic below for a legible tour schedule) 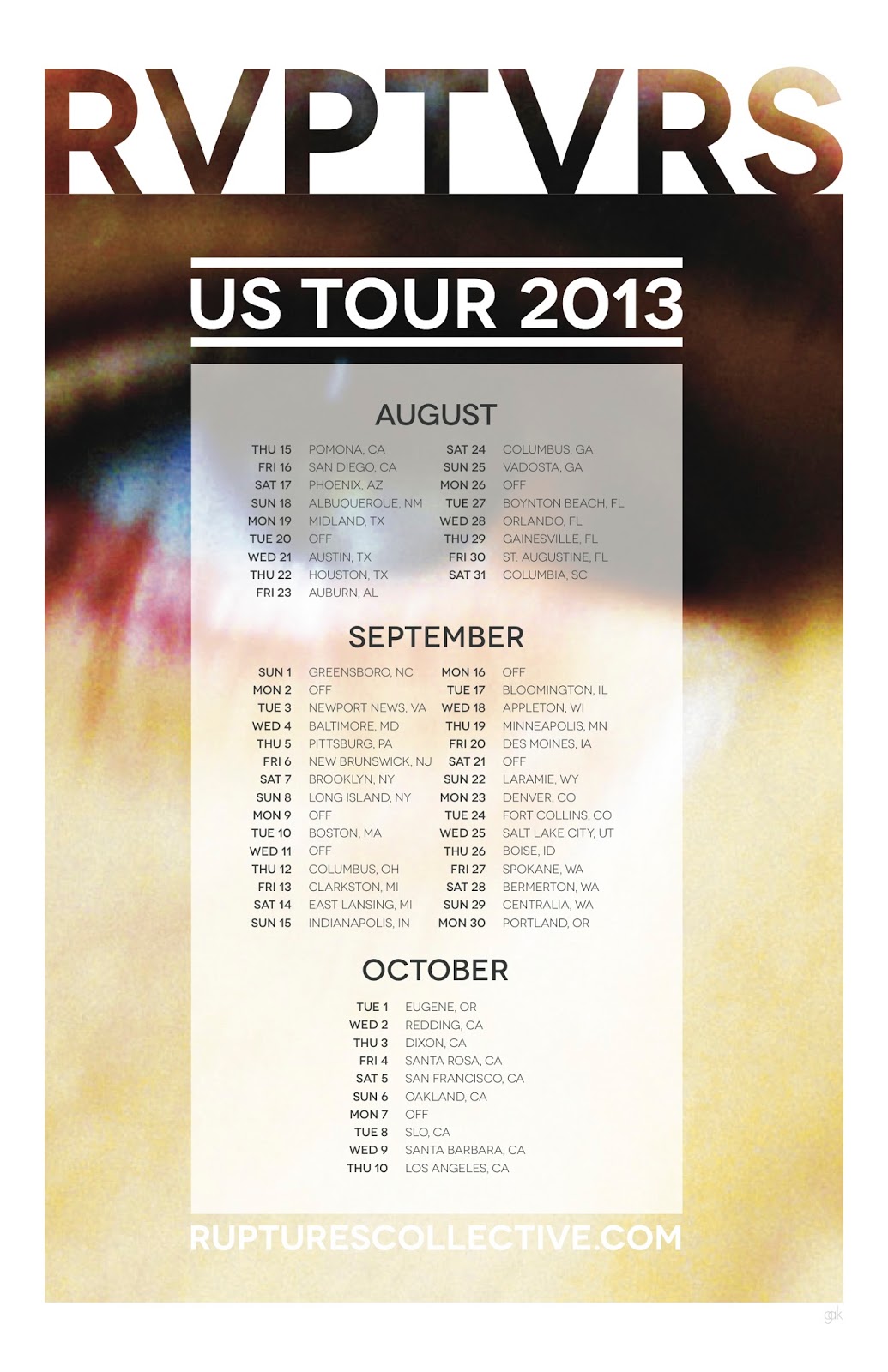 Why the name, RUPTURES?
It sounds obnoxious, we vicariously live through the act.


Can you reveal anything interesting about the band members?
- Alex is a stay at home mom
- Ivan owns his own medical marijuana clinic
- Raziel is a professional salsa dancer on the weekends
- David is an animorph
- Jesus is the co-founder of Audacity

How did you guys meet? How did you get involved in the band together?
Misery loves company.


What is the primary reason that you create music?
Habit.


What would you like to say about your lyrics.
I talk about really dark experiences in my life that no one will ever know about because it's no one's business. Make your own conclusions, get lost with me.


I’m sure each band member has one quality that, although positive and character defining, also creates friction and tension in the band. What conflicts do you have?
We really hate each other and only get through because of a pact we made for world domination. Or spreading the word of jesus. Not too sure at this point.

I have always found your releases to be quite varied – and no 2 songs ever sound the same. Is this deliberate? Does your new material follow this trend?
I've never woke up and lived the same day, I don't think music should be bound to those limitations either.


Is there anything that you try to avoid when writing a new song?
Using metalcore breakdowns.


Are there primary songwriters in the band? Is it a collective effort when creating new ideas?
Collaborative.
I would contend that your material has gotten noticeably more aggressive, what were the reasons for this?
One time at a show we were called Chiodos. It was very funny, but I didn't want it to ever happen again.

I would also contend that your overall style of music is pretty popular – but I feel like your band is pretty obscure still. What’s the deal?
I still have no idea. Hopefully this question can be answered sometime in the near future.


Do you think that your musical direction may take an unexpected and major shift in the near future?
Possibly. Most likely.

Can everyone in the band read music? If not, how do you communicate when writing a song?
No. We use one-syllable semi-word rhythms, such as "ta-ta-ta-ta". This usually means that we want a 'blast-beat' somewhere in that measure of the song.


Can you talk about layering of the vocals in some of your songs?
We all free style in the studio. Some people call it talent, we call it tentativeness and luvvv.


How in hell do you do vocals and instrumentals at the same time?
Practice. I grew up listening to a lot of artists that sang and played an instrument simultaneously, which inspired me to do the same thing, except with mediocrity.


How has your hometown/upbringing influenced your music?
The world is a ghetto.


What is the most positive and negative influence in music? Your local scene?
We love music, especially punk and other extreme/underground styles. Most of the artists we relate to came from similar situations and voice feelings we relate to; hate, anger, insecurity. You can take a wild guess at what that also does to a scene or community.


Who were your primary influences when you started playing music and who are they now?
Too many. It’s something that we don't even really talk to each other about.


If RVPTVRS chose to do a cover, of which band would it be of?
Interpol; this was decided just now.


If you had to slap a genre label on RVPTVRS so potential new listeners could get a good idea of your sound without hearing you, what would you label yourselves as?
Punk, anything else adds to futile arguments that aid the empowerment of idiots. (*editor’s note, he’s talking about me)


How would you describe the scene that birthed RVPTVRS?
The love-hate relationship with everyone, everywhere.


What is your favourite song to play live? Any particular reason?
'Meca', it's the least shittiest song off that album. 'Deca' being our 2nd choice.


What things have happened in 2013 thus far that you would like the readers to know about?
People are still racist, sexist, and homophobic and it sucks.


Do you find it hard to balance objectivity with emotion when listening to/playing/talking about music?
We leave emotion for live and recorded performances. We're clueless and apathetic about all else.


What music that you used to love do you look back on and shake your head at, now?
I don't really shake my head at any of the music I used to love, I just either don't listen to it anymore or listen to it occasionally. They definitely shaped me as a person and created endless paths for me both musically and emotionally. (*editor’s note – regretting wording of question)


Besides music, what do you spend your time doing? What are your hobbies?
I spend a lot of my time alone in my room, or playing with my dogs.


Are you doing anything to make sure that you are not sucked down the technology vortex?
Not at all, technology rules. How else would I be able to play Super Nintendo games on my computer?


What thing in your life at the current moment is bringing you the most joy?
Melodic crust bands.


In no particular order

best show you've ever been to?

Cattle Decapitation at Chain Reaction in 2004.


the band you would like to go back in time and see?
Nirvana


What are your recommendations for:
music?


books?
Ramona and Beezus. And everything by Vonnegut.

Is there anything else that you would like to recommend or say?
India Pale Ales were named after adding hops to pale ales that would expire when being shipped overseas to the eastern countries, specifically India. The hops not only increased the longevity of pale ales, but also gave the beer a new distinct taste, a very comforting taste, similar to eating pinecones and grass. Grass for the mass.