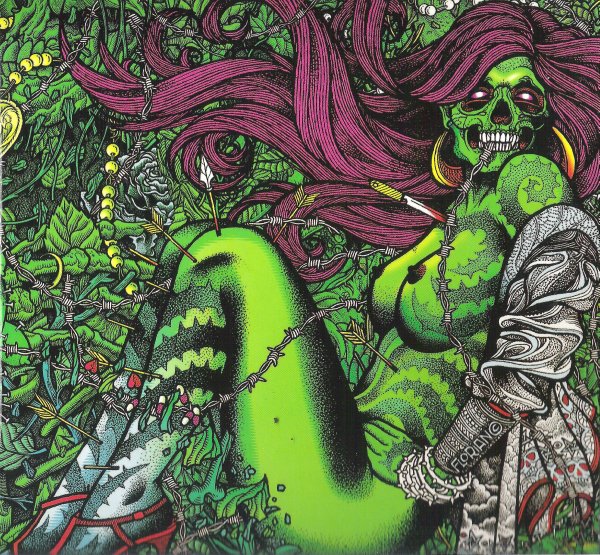 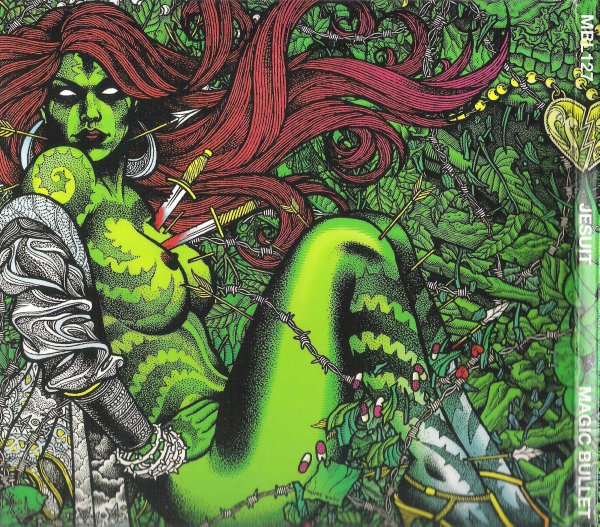 I didn't get into this band until last year. The only reason why I checked them out was because the artwork caught my eye and when the description I saw, simply, "Nate Newton". Sold. Fucking sold. Considering Nate Newton is from Old Man Gloom, Converge and Doomriders fame - I'm not going to go into a lot of detail. But I can say they're a great listen - but inferior to the other Nate Newton bands.

The band had 4 releases from 1996-1998 which were compiled on the 'Discography' album, which has amazing artwork.

Let's be honest, Nate Newton has a style to him. Just like Tom from Capacities, anything Nate Newton touches has a dark but catchy edge that is unmistakable. Here's where it started. Seriously, "Hole In The Sky" could be a demo for Doomriders - but it came out in 1998! (it's also a Black Sabbath cover) That shit was ahead of it's time. Crossing fuzzy metal licks, feedback, aggressive hardcore and monster breakdowns - JESUIT forged a new style that diverged from the Boston hardcore/metal acts Cave In and Converge from the late 90s.