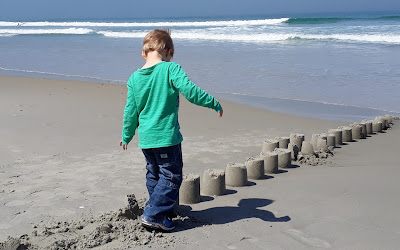 Before I get into three pretty large-ass lists, I'd like to note that this is the blog's 1000th post! That's a lotta posts! I think it's been almost five or six years since I started and I've been extremely consistent with posting including having help from friends Jesse Mowery and Thomas Schlatter. We also had a massive Best Of post by a few of my friends (check it here), and 2018 will mark the year that we will hit 1,000,000 views...holy shit!!!
Two quick things not mentioned in the lists are my favourite show and favourite non-2017 record that I heard for the first time. The answer to the former is the Zegema Beach Records Fest that I put on prior to leaving Ontario. So many friends, amazing bands and relationships created. The bands included Respire, Massa Nera, Crowning, Foxmoulder, Terry Green, The Ultimate Screamo Band, Commuovere, Sarin, People's Temple Project, Sarin, What Of Us, Terrible As The Dawn, Worst Days, Lessener, The World That Summer, An Ant And An Atom, Hiera, Nanette and Growing Fins. My answer for the latter is 49 Morphines' 'Partial Eclipse' thanks to Jesse's review of them on this blog. Lastly, I also wrote about the 10 bands that have impressed me the most in 2017 via the amazing Idioteq.com, linked here.

-------------------o0(1)0o-------------------
SEEYOUSPACECOWBOY
'Fashion Statements of the Socially Aware' 7"EP + 'Atrocities From a Story Book Perspective' cassingle
When Connie sent me the tracks for this EP I literally lost my mind on our facebook chat and just repeated her name over and over again. Spastic, sassy, violent, volatile, danceable and extremely mature songwriting abilities make this a no brainer, plus they also released a cassingle (which also rips) and have four more tracks seeing the light of day any time now from their forthcoming Secondgradeknifefight 7".
Bandcamp
Facebook
ffo: Fear Before The March Of Flames and Heavy Heavy Low Low
-----o-----

-------------------o0(2)0o-------------------
CROWNING
'Funeral Designs' cassette EP
I've recounted my Crowning story enough on this blog, so I'll just say that no one saw this band or EP coming and the unstoppable hardcore/screamo combo they've got going on is fucking incredible. They even throw in some emo-violence and metalcore parts - oh, and they've acquired the Itto vocalist to boot. All. Hail. Crowning.
Bandcamp
Facebook
ffo: Youth Funeral and Leveless
-----o-----

-------------------o0(3)0o-------------------
SAMARRA
'We Are All Accomplices' digital EP 'мятеж' split cassette EP
I saw them live in 2016 and sank my claws in early, as I knew right away how unbelievably good they quartet was. I was able to premiere their digital demo as well as released their other three songs on a split with the band I'm in called мятеж on tape. Hailing from Richmond, their four members all contribute vocals and the instrumentals will shake you to the ground.
Bandcamp
ffo: Truman and Dawntreader
-----o-----

-------------------o0(4)0o-------------------
MAJOREL
'Restless in Memory' cassette EP
When my awesome friend Jesse sent me this to hear and release, I was expecting a lot but this fucking shook me senseless. The combination of vocalists each doing their own screams with fantastic instrumental work reminiscent of bands such as Welcome The Plague Year, Envy, Off Minor, Samarra and Ostraca. An exceptional EP that belongs on any list out there.
Bandcamp
Facebook
ffo: Samarra and Hot Cross
-----o-----

-------------------o0(5)0o-------------------
BLUE YOUTH
'Blue Youth' digital EP
This came out of nowhere and blew me the fuck away. Snotty, dissonant and catchy math-rock/post-hardcore from Canada. Likely heavily influenced by Waterloo/Kitchener's Life In Vacuum, their nod to other bands such as North Of America, The Holy Shroud, Desiderata, Riddle Of Steel and Pile are unmistakable. New release coming this year, apparently. On my most anticipated list for sure.
Bandcamp
Facebook
ffo: Life In Vacuum and The Holy Shroud
-----o-----

TRUMAN
'ma doi' cassette EP
A stunning, dark, beautiful piece of work by these members also associated with acts such as Samarra, .gif from god and This Land Is Now Dead. The three song total over fifteen minutes and move in and out of chill ambient passages before shredding your fucking face off. Also - amazing people.
Bandcamp
Facebook
ffo: Welcome The Plage Year and Joshua Fit For Battle
-----o-----

-------------------o0(7)0o-------------------
CELEBRATION
'Shook' cassetteEP
I was asked to premiere this explosion comprised of six songs that were heavily influenced by Breather Resist and Ed Gein, which makes total sense after hearing the EP. Haunting, dirty and heavy as fuck, they've done away with the emo-violence in search of their own thing and it works out really well for everyone involved, especially the listener!
Bandcamp
Facebook
ffo: Ed Gein and Cassilis
-----o-----

-------------------o0(8)0o-------------------
COMMUOVERE
'Du besoin de disparaître de soi' cassette EP
A band this special whose immediate dominance of the Canadian emo-violence scene was probably destined for its quick and untimely dissolution. Blackened, violent and explosive farewell from the three-piece with three vocalists and no bass. Hailing from Quebec, they recently released their final song from a live recording here.
Bandcamp
Facebook
ffo: Guidelines and Welcome The Plague Year
-----o-----

-------------------o0(9)0o-------------------
BLACK NAIL
'The Air Was Perfectly Neutral' digital single + 'A Meeting of Bliss and Trauma' cassetteEP
Oh my lord this band just kills me every time. Lightning-fast with the ability to stop on a dime and destroy your life with insane breakdowns. Anticipate their next release in fanatic excitement. Check out their exclusive premiere that we did for them here.
Bandcamp
Facebook
ffo: .gif from god and Letters To Catalonia
-----o-----

-------------------o0(10)0o-------------------
SNAG
'A Dying Emperor Within a Dying Empire' cassette EP + 'Snag' cassette EP
Oh man Snag was all over my speakers this year, releasing their debut EP first and a split cassette with Social Caterpillar later in the year. Spastic, screamy hardcore with more dips into melody and Stop It!! territory than you'd expect. Also, extremely environmentally conscious.
Bandcamp
Facebook
ffo: Tunes For Bears To Dance To and People's Temple Project
-----o-----

-------------------o0(11)0o-------------------
PERFECT BLUE
'Crystalline in Gorgeous Imperfection' cassette EP + 'Unto Souls Whose Wellsprings Fail' cassette EP
Perfect Blue have just been killing it, releasing four EPs in just two years, with two making an appearance in 2017 and both kicking major ass. The band plays a technical style of screamo rooted in some Off Minor and Kidcrash but opt for really heavy stuff not unlike Ostraca.
Bandcamp
ffo: Healing Powers and Ostraca
-----o-----

SHIZUNE
'Cheat Death, Live Dead!' 10"EP
I really like this 10", and was impressed by everything they did regarding it, including releasing it themselves. The 10 songs are classic Shizune but even more refined and entertaining, with three of them blowing my goddamn mind, "Lentiggini", "Dead All Day, Rodeo Tonight!" and "Always Separate the Drugs".
Bandcamp
Facebook
ffo: La Quiete and Øjne
-----o-----

UNDER GLASS
'Wading in Petulant States' cassette EP
Perhaps the darkest EP of the year (assuming we're all forgetting about Hexis, of course) with strong screamo ties. The deep, cutting hardcore with emo-violence sections, breakdowns and dual screeching/dark screams are insane. Oh, and it's a fucking two-piece, to boot!
Bandcamp
ffo: Celebration and Usurp Synapse
-----o-----

PORTRAYAL OF GUILT
'Portrayal of Guilt' cassette/7"EP
This thing is amazing, and I don't think anyone is going to try and argue that fact. The Texas blackened screamo band brings insane heat, especially considering it's a debut effort. Strong ties in sound to Majority Rule aka crushing, fast and ripe with spots for head bobbing.
Bandcamp
Facebook
ffo: Majority Rule and Ostraca
-----o-----

KOMAROV
'Komarov' cassette EP
After seeing the band kill it in Europe I had to jam the recordings and I was very impressed. Battle Of Wolf 359 worship done exceptionally well. Dark, intense and imposing, these new songs pack a goddamned punch.
Bandcamp
Facebook
ffo: 49 Morphines and Battle Of Wolf 359
-----o-----

LOVE/LUST
'Sorrows' digital EP
Mixing a whole hell of a lot of a elements, this three-track demo is amazing, especially considering these were the first songs written by the band. Think of it as post-hardcore/post black-metal with vocal effects.
Bandcamp
Facebook
ffo: Respire and Locktender
-----o-----

Top 10 Splits
-------------------o0(1)0o-------------------
EIGHT FEET UNDER Vol.1 8-way split 2x12"LP
Vi Som Alskade Varandra Sa Mycket + Via Fondo
Youth Novel + Sleeper Wave + Pastel + Lamantide
Nous Etions + The World That Summer
This has been my baby for so many years it'd be hard for me not to choose it, especially considering how unreal most of this stuff is. Vi Som Alskade Varandra Sa Mycket, Sleeper Wave and Youth Novel all contribute their best material to date, while the rest (my band not included) exclusively released fantastic EPs, including Nous Etions' final output. Also, the packaging/art worked out beautifully!
ZBR: Bandcamp
ffo: Suis La Lune, Sed Non Satiata, Shizune and Funeral Diner
-----o-----

.GIF FROM GOD / VEIN split 7"EP
I love this split. The aftermath of my label helping release it was pretty wonky as the 7" was pressed again without .gif from god on it and everyone involved on this initial release was kept out of the loop. Very poor communication and a definite lack of respect and tact regarding the situation. That being said, both bands bring unreal metalcore to the table with .gif touting the screamo side with Vein does the super technical shit.
.GIF FROM GOD: Bandcamp / Facebook
ffo: Me And Him Call It Us and Black Nail

-------------------o0(4)0o-------------------
OSTRACA / FLESH BORN split 12"LP
This was the split that got everyone hyped on Ostraca again, and they fucking brought it. Dropping three songs of crushing and mesmerizing music like only Ostraca can do. Flesh Born bring the heat on their side, too, ripping apart the listener in very short spurts.
OSTRACA: Bandcamp / Facebook
ffo: Swan Of Tuonela and City Of Caterpillar

-------------------o0(8)0o-------------------
5-WAY split 7"EP
Thisismenotthinkingofyou + I Hate Sex
Yotsuya Kaiden + Healing Powers + Ghostlate
I only actually heard this split after asking some friends to recommend stuff for me at the end of the year, and holy smokes I don't know how I missed this. Great tracks all around, including stunning songs by Yotsuya Kaidan and Healing Powers.
Rubaiyat Records: Bandcamp
ffo: Perfect Blue, Celebration and La Luna
-----o-----

-------------------o0(9)0o-------------------
мятеж / KELUT split 12"LP
A faux pas for sure, I've included a recording I'm on. It was a tossup between this and the Nionde Plagan/The World That Summer split for me and this came out on top due to it having more material. Kelut is ex-Yusuke and they bring the fury, while the longest мятеж release also happens to be our best all-around material, with a heavy emphasis on the dreamy sections, including the six-plus minute closer "Straight the Fuck Down".
мятеж: Bandcamp / Facebook
ffo: Bucket Full Of Teeth and June Paik

-------------------o0(10)0o-------------------
CONGRATULATIONS / THE RABBIT THEORY split 7"EP
I had this in the works for years, but with a sputtering income, little-to-no sales for a few years and both bands being broken up I left it on the backburner until Daniel at Time As A Color wanted to push it forward, and then bam! 3 years of waiting finished. Super chill, melodic and atmospheric rock/screamo from Canada and Switzerland, with both songs being about six minutes in length and being each band's swan song.
CONGRATULATIONS: Bandcamp
ffo: Indian Summer and Life In Vacuum