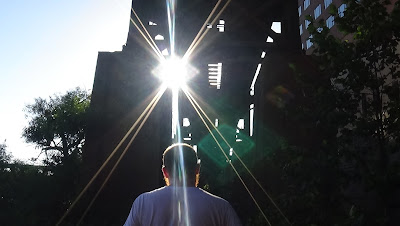 Consensus: I got to see .gif from god so now I can die happy 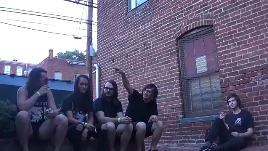 I sat down with the majority of .gif from god while I was at Swamp Fest this year and was finally able to ask them a ton of questions that I had been dying to ask. Topics covered include: Swamp Fest, safe spaces, future releases, the band's inception, influences, PG.99, Coma Regalia and the Richmond scene. The 20-minute interview is broken up into two parts which you can click through to here (for #1) and here (for #2) or just watch the embedded videos below. 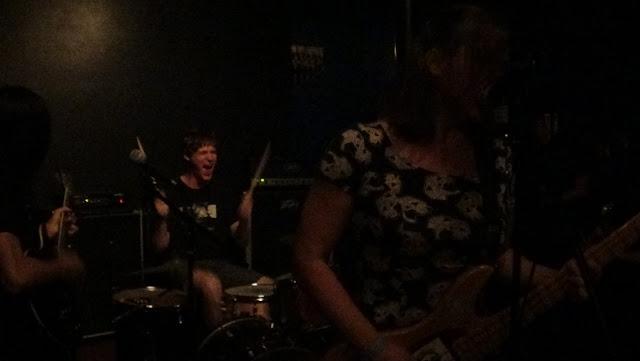 SAMARRA
Well holy fuck. Where did this come from? Oh yeah, members of Caust, Truman, .gif from god, This Land Is Now Dead, etc. teamed up with Drew Necci, the screamy hardcore vet, to create a phenomenally thick, melodic and downright punishing sound. I was seriously blown away and am salivating over all future releases. As of now the only song available is on the Swamp Fest compilation tape which you can grab here. It should also be noted that basically this entire band (plus a few other people) made the entire Swamp Fest weekend happen.

HASH CULT
HASH CULT was next and the duo jammed out about 15-20 minutes of semi-improv noise/punk/hardcore/sludge jams. I thoroughly enjoyed the dual vocals and energy the band had, as well as their sentimental, "we miss our third member who moved away." Nicky from Van Hagar and Mrtex plays in this band too. Guy played fuckin' three sets at Swamp Fest in three days. Dude's a machine. A VHS machine!
Bandcamp
Facebook

SEA OF STORMS
I found out before their set that SEA OF STORMS has an ex-member of both The Setup and Wow, Owls, which blew my fucking mind. Lo and behold it's the guitarist/vocalist who croons away like it's nuthin'. His soaring reach was more prominent in some songs more than others, but when he really belts it out the melodies, passion and placement are fantastic. The guitars are post-hardcore/alternative and certainly compliment the vocals. I'm having a hard time finding a decent comparison so I guess I'll just go with Hot Water Music.
1
Link to song *2*
Bandcamp
Facebook

Next up was the band FETISH GEAR from Richmond. Their doomy punk/hardcore sound was very refreshing and sounded like nothing else from the entire fest. The members were also really cool and stoked to be playing which made me enjoy it all that much more. I believe they recently toured with Truman, but don't quote me.
Bandcamp
Facebook

BURN/WARD
BURN/WARD takes the cake for heaviest, hardest, most punishing, etc. band because holy fuck this is like audio death. The growls and grindy metal would have sent children screaming home to their parents, but fans of the band were salivating. Very tight Richmond three-piece.
1
Link to song *2*
Bandcamp
Facebook 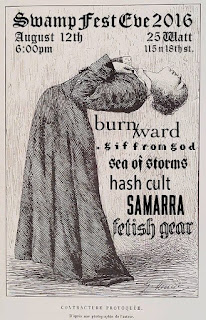 .GIF FROM GOD
.GIF FROM GOD has been one of my favourites bands ever since Chris sent me their "let's look at the plague" song well over a year ago. I was lucky enough to get to corelease their debut LP on my label Zegema Beach Records along with the band's own label Contrition Recordings (which you can buy on tape here or download here). I love this band so much I also demanded (nicely) that мятеж not book a show for this night so I could finally see them live. And what a time to do so! As stated in the interview posted above, TJ was absent from the set due to geographical obligations in Japan, so .gif recruited Gus from Ostraca to play 2nd bass as well as Benson (Truman) and Steph (This Land Is Now Dead) screaming along with Mitchie and Chris. I even got to grab a mic with Mitchie for "rats", so that made my year. This entire set was mindblowing in every way. The pure chaos and amount of people flying around (safely) was surreal to experience and the awesome set that included two new songs made my endorphins start to seep out of my eyes. I got the whole set save one song so jam them all below, including the embedded video of a yet to be released song.
1
Links to songs *2* / *3* / *4* / *5* / *6*
Video interview part 1
Video interview part 2
Bandcamp
Facebook
Posted by Dave Norman at 22:24