First off, as this is a video premiere, here are the links for Part 1 and Part 2 of the PEOPLE'S TEMPLE PROJECT/мятеж Tour Documentary 'Yeah, I'm Not From Around Here'. Now onto the band. 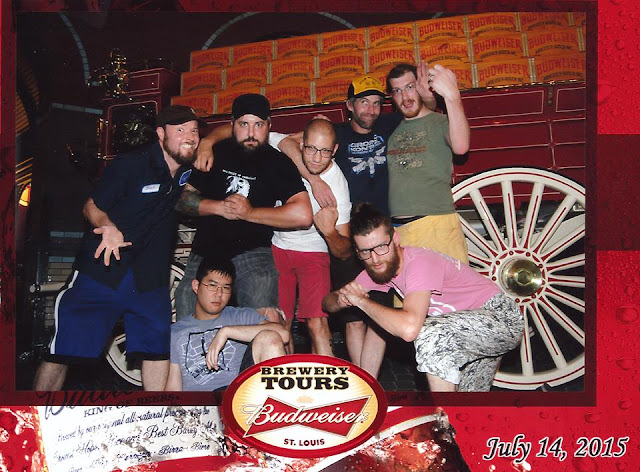 I was first introduced to PEOPLE'S TEMPLE PROJECT by one of the band's fans/friends via submission for a secondary blog thingy I used to run called OMSB Talent. You can view the very short review here. Now we've released a split 7" and gone on tour together. Crazy. The band has been backed by Olin of Friendly Otter Records since the get-go who was able to accompany them (and the project I'm a part of, мятеж) for almost half of our mid-Eastern US tour in July of 2015. PEOPLE'S TEMPLE PROJECT have a sound all their own. Considering that the band has very obvious screamy hardcore leanings, I find it very difficult to say, "oh they sound like..." as they have managed to craft something different and unique but very entrenched in screamo music. I think the closest I can come is Funeral Diner builds meets Altar Of Complaints dreamy screamo with the chaotic mashup of Kodan Armada. Yep, it's pretty darn good. And all this (as of the end of 2015) was all recorded before they acquired a bass player!

PEOPLE'S TEMPLE PROJECT began as a three-piece by creating an insanely good demo in 2013 that fixed their sights on driving emo/screamy hardcore but by their 2015 releases the sound had evolved to a more aggressive, faster and technical style. That being said, I think I love both incarnations equally as they hit home so well it's rather uncanny. The head bobbing hooks and driving nature of "Evidence 5" get me just as excited as the guitar shredding and subsequent build up that culminates in my favourite PEOPLE'S TEMPLE PROJECT part of any song beginning with the vocal patterns placed at 1:07 and bleeding into the epic conclusion of "1". As you can see/hear in the documentary video (part 2 at 5:43, linked here) the band wrote a new song before going on tour and recruited Jesse Mowery for vocals on the 5th show. He busted out some improvisational screams that stuck and were repeated nightly thereafter as one of the highlights of each set. I really hope they record a version of it for a future release because it's awesome.

Not only are PEOPLE'S TEMPLE PROJECT an awesome band, but they are amazing people and truly promote diy ethics. Their releases on cd, cassette and vinyl have all been or if not most of the driving force behind the release and the artwork/packaging and in some cases the tape/cd creation duplication. Eric and Greg from the band have also started the Akashita Corp. label which has released a compilation, the PTP/мятеж split 7" and the Sleeper Wave self titled cassette. In early 2016 PEOPLE'S TEMPLE PROJECT will be releasing a very limited lathe of all new songs as well as another 7".

I guess that's it. This could be insanely long, but considering the tour documentary is almost thirty minutes I'd recommend saving your time and energy so you can peep that bad boy. Not only are there a bunch of PEOPLE'S TEMPLE PROJECT clips, but also a heap of (generally) local bands that killed it at every stop we played. The documentary took over 50 hours to compile, cut, edit and whatnot so please check it out and feel free to share. I gotta give extra props to the Neil Perry 'Lineage Situation' tour documentary and the Mara'akate 'Congratulations on Your Impending Geography' tour dvd for inspiring me to make the video.