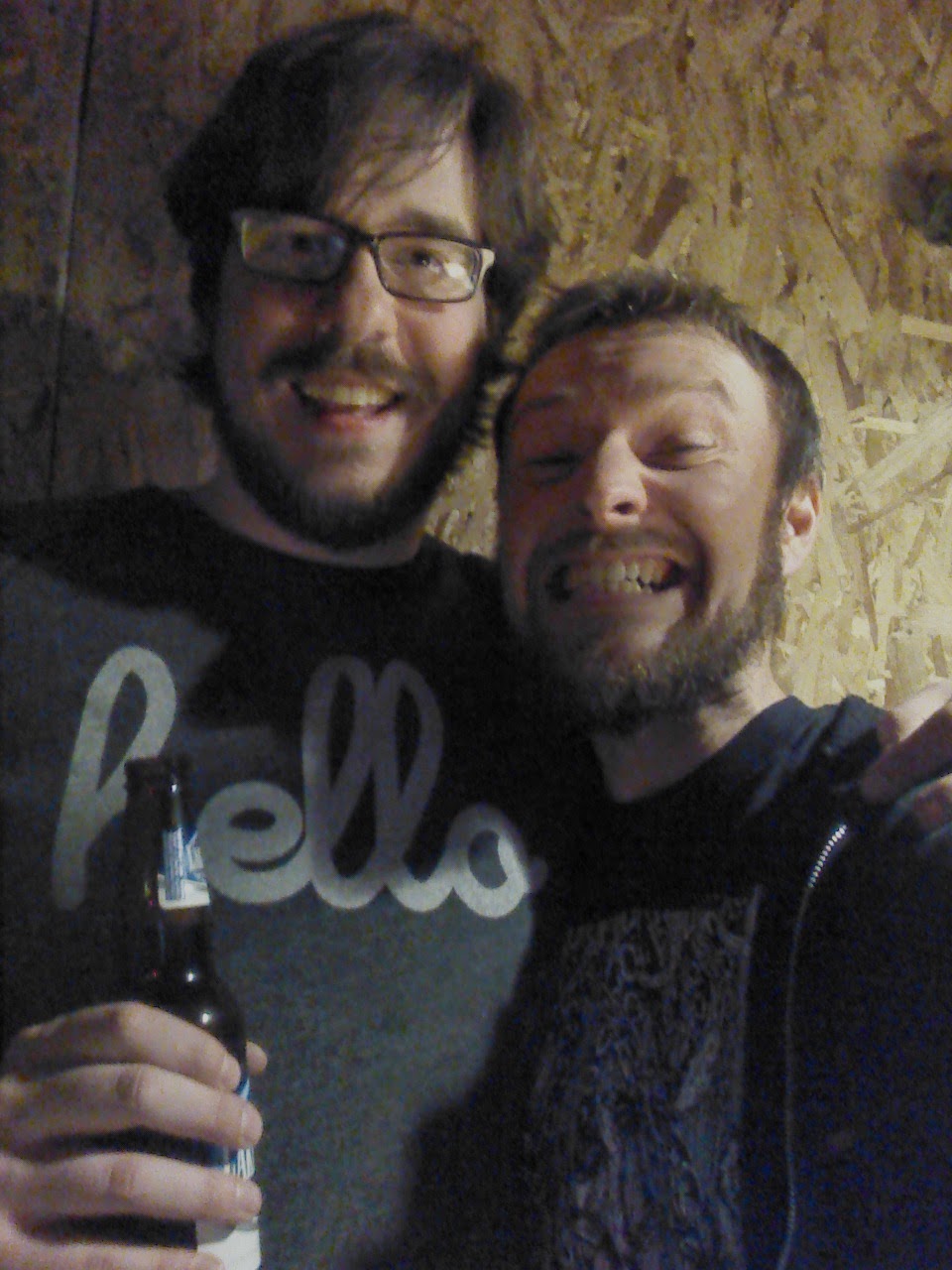 On April 4th, 2015 I made the trek to Toronto from Hamilton (a measly one hour) with a buddy of mine and caught the entire five-band bill. This really was a stacked line-up at Soybomb that did not disappoint - plus I got to chill with a bunch of amazing people, especially the Locktender fellas. You can click here to watch all 18 videos including the unveiling of Foxmoulder's split 12" material which was fucking explosive, as well as new material by Respire, Woodlouse and the almighty Locktender.

First up was RESPIRE, whose four-song demo EP floored me. Jam it here. From what I gathered, everyone who hadn't already seen the band was thoroughly impressed. One of the band members even told me that it was their best show. They played two new songs that showcase unreal drumming, three guitars and a trumpet as well as Egin's versatile scream. They also busted out "Nihil", this fans personal favourite. Beautiful interludes, soundscapes, layers, cresendos, atmosphere and straight up chaos. The band would be amazing without the trumpet, but with it are something truly unique and remarkable. They will be recording an LP this year that Zegema Beach Records will be spearheading. Based on the live stuff I've heard this will probably be in my top 20 of 2015.

Second was WOODLOUSE from Kitchener/Waterloo Ontario and they were really impressive. I saw them a few months back and enjoyed the set, but not nearly as much as this. The band permeated the room with angry, sludgy and caustic punk/post-hardcore/doom. On guitar is Justin from Congratulations and previously New Wings and he brings some massive bombshells of riffs that include some sludgy-ass breakdowns, grunge and the occasional wail. On vocals is Jesse who also injects some serious anger and frustration into his screams, yells, yowls and bellows. Very cool stuff.

FFO: His Hero Is Gone, BOAK and Cursed
No Link :(

SHAHMAN took the floor/ramp next and the two-piece from Toronto had almost everyone swaying along in a distorted, dense and hazy fog that oozed from the speakers. This set was entirely made up of the band's softer material as was obviously planned as I always see the band change guitars when they switch from soft to hard - and tonight they only had a single guitar with them. The entrancing parts really pick up as can be witnessed by getting to about 3:15 in video #1 at which point you will hear some beautiful, desperate crooning before the band slides into an Old Man Gloom-esque country-metal fusion that is stunning. Post-hardcore/noise/drone/shoegaze hybrid? Sure, why not.

FOXMOULDER. I'm tellin' ya. Their upcoming split 12" is going to be insane. These 5 new songs are easily their best work. Darryl really helps solidify the band's sound as the new drummer and makes the chaotic cohesion denser than previous material. They played 6 new songs (5 of which I've recorded on video, but you can see the other song "Tempest Ill" in the last 3 Foxmoulder live show reviews) and a few old ones such as "Tesslyn", "Ascend" and "Havelock". "New Song 2" and "New Song 5" were especially fantastic with the band going bananas at the end of "New Song 3". Man, I'm salivating just waiting to hear these recordings. Be sure to check out videos #2-6 to hear pretty much the entire new split.

To close the evening...errrr, morning, LOCKTENDER took to the stage...errrr, skate ramp, and proceeded to destroy the room with four songs of, well, I don't think massive is a big enough word. Seriously, their presence and power are tangible as well as palpable during their live sets. This was perfectly summed up in one showgoer's flat question following the set, "What the fuck just happened?". As per Egin's eager request last time through Toronto, the band opened with "Seventeen" and had a large number of fans belting out the lyrics along with Nick and Andrew, particularly the ending with "these hands will lift you up". Twas a thing of beauty. The band played a new jam second which showcases some interesting clean, chorded guitars amidst a flurry of drums and Takaru-esque urgency. There's also an extended vocal part by Jason on bass. LOCKTENDER ended with a quick one-two punch of the shotgun blast that is "The Thinker" immediately followed by the extensive and epic "Man With the Broken Nose". Excellent set, as per usual.