First off, there is an extensive interview on the Zegema Beach Records website linked here.

Now that that's outta the way, let's get this going. CARELESS is new-ish band from Stockholm, Sweden. They play a hybrid of chaotic screamo (aka Raein) and tranquil/melodic/dreamy screamo (aka Suis La Lune). The band's first EP, self-titled 'Careless' was released the same year that the band was conceived, 2012. For a debut/demo it sound not only in its presentation, but also in it's intricacy, immediacy and sincerity. The standout songs here are "Wander" which has some really good dual vocals at the beginning that lead to some nice dreamy post-rock/post-hardcore passages while "Peddling Between Gray And You" has some cool stops and starts and more of the post-hardcore vibe that is reminiscent of Black Love's newer material. In retrospect the band was only in their infancy but holy moly they got shit done.

My boy Paul at Through Love Records helped release the 'Recording Static' 7" back in 2013 and it was a huge step forward. "Det Räckte För Mig" is a very playful track that includes a solo guitar that comes straight from the book of Suis La Lune until the 51-second mark when a really cool dual-guitar attack chimes in with some beep/boop wizardry. "More Than Me" starts like it could be an Outclassed song and at 1:15 the dreamy guitars pop up again to make this one of the strongest songs the band has written. "Dead Ends" should also be mentioned as fans of Young Mountain would probably appreciate the soft/hard dynamic and the overall sound is akin to the Swedish screamo format, which I'm a huge sucker for.

Remember when a band you really like goes from comparative good to uniquely awesome? CARELESS' 'I Wish You Away' is that album which should be physically released this summer/fall of 2015 on a few labels, including my own Zegema Beach Records. Shedding the more obvious Suis La Lune comparisons, CARELESS truly craft the music on this record with precision and attention to detail as well as a focused macro view of each song as a whole. Let's bang out a short review for each song:

1***"Small Hours" slowly pulls at you with a dreamy/ambient intro that could be Sore Eyelids until the fourth minute with the screams emanate fourth and the entire ordeal starts to sound a lot more like Finland's ∞.

2***"Mirror" is one of the faster songs that ends up sounding like the amazing Raein of yore as it crashes around with piercing/anguished screams and chaotic-yet-melodic instrumentals led by some commanding drums.

4***"Pale as China" harkens Suis La Lune's 'Riala' which I wouldn't expect many complaints about.

5***"Kintsukuroi" encapsulates the sound I'm associating CARELESS with nowadays. It's extremely melodic but abrasive and chaotic enough to bridge the soft with the hard. Take the ridiculously well-written section that begins at 1:11 and ties together the tap-happy Fall Of Troy with the emotional outpouring of GRYSCL.

6***"Jag Kan Inte Drömma Som Dig" follows a similar formula with fantastically led guitar notes that don't let up until after the first minute, only to dip right back in at 1:40. The 2:18 slowdown with the spoken word vocals and infectious guitar wail are unreal.

7***"Jag Hatar Magnus Ladulåsgatan" is the bass-heavy track on the album and it is a fucking knockout punch on an already ridiculous record. The booming, unstable bass bounces around the forefront of the song leading it to much darker places than the remainder of the record, with the solo drop at 1:42 being the highlight for me which rolls into a breakdown and then soft outro.

8***"Sad Statements" is a great song that slowly sways along with lots of dreamy and spacey injections. Definitely one of the band's more epic outings.

9***"Södra Station" is the band's longest track, clocking in at over six minutes and it also veers into some serious sad-emo territory, particularly the vocals and lyrics. It feels like the counterpart to "Södra Station" and t's a good track but doesn't hit me the way the majority of the other songs do.

10***"Falsly Yours" closes this amazing debut full length with a surprisingly shorter song as I would have expected a longer outro, but the continuation of the "Small Hours" intro with additional vocals and eventual full-band fill is a fitting end to this coming out party of a record.

Here are 3 members' top 10 list of their favourite records of all time taken from the full interview linked here: 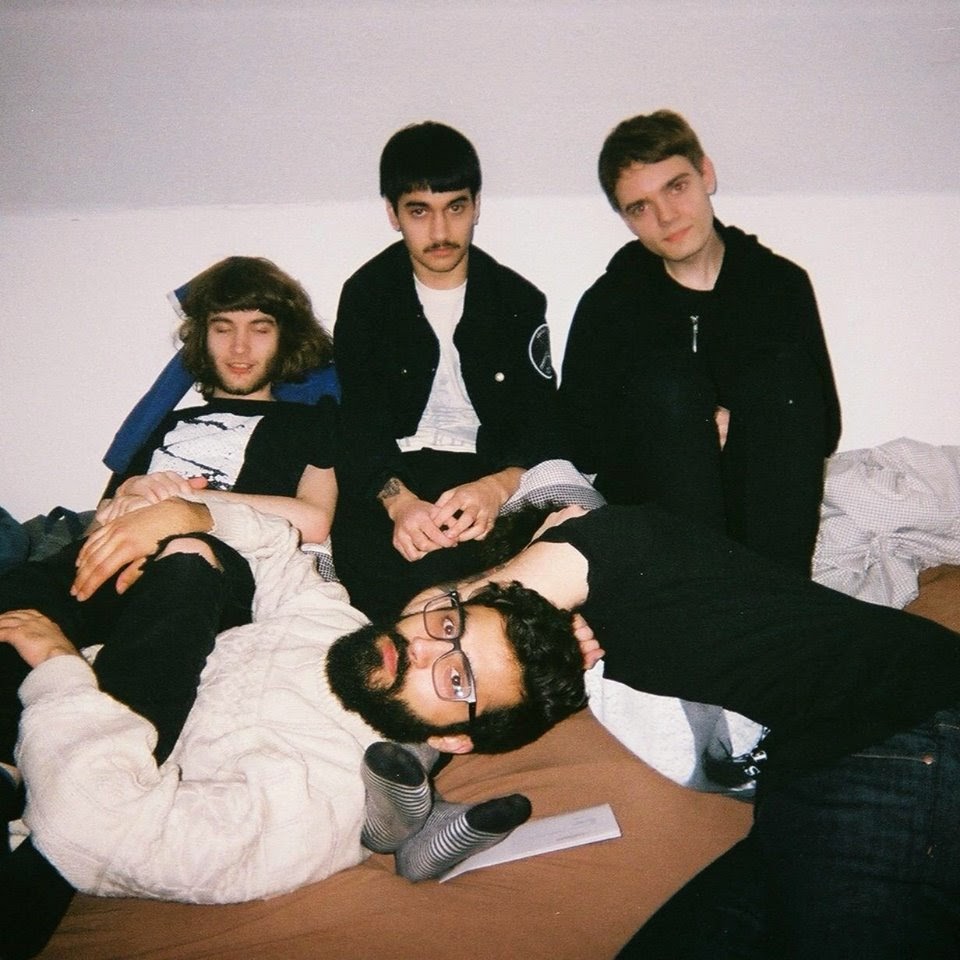 MÅNS:
1. Sigur Rós - ()
2. Circle Takes The Square - as the roots undo
3. Mineral - power of failing
4. Mew - and the glass handed kites
5. Counting Crows - august and everything after
6. The Mars Volta - amputechture
7. The Number Twelve Looks Like You - worse than alone
8. Empire! Empire! (I Was A Lonely Estate) - what it takes to move forward
9. Suis La Lune - riala
10. At The Drive-In - relationship of command