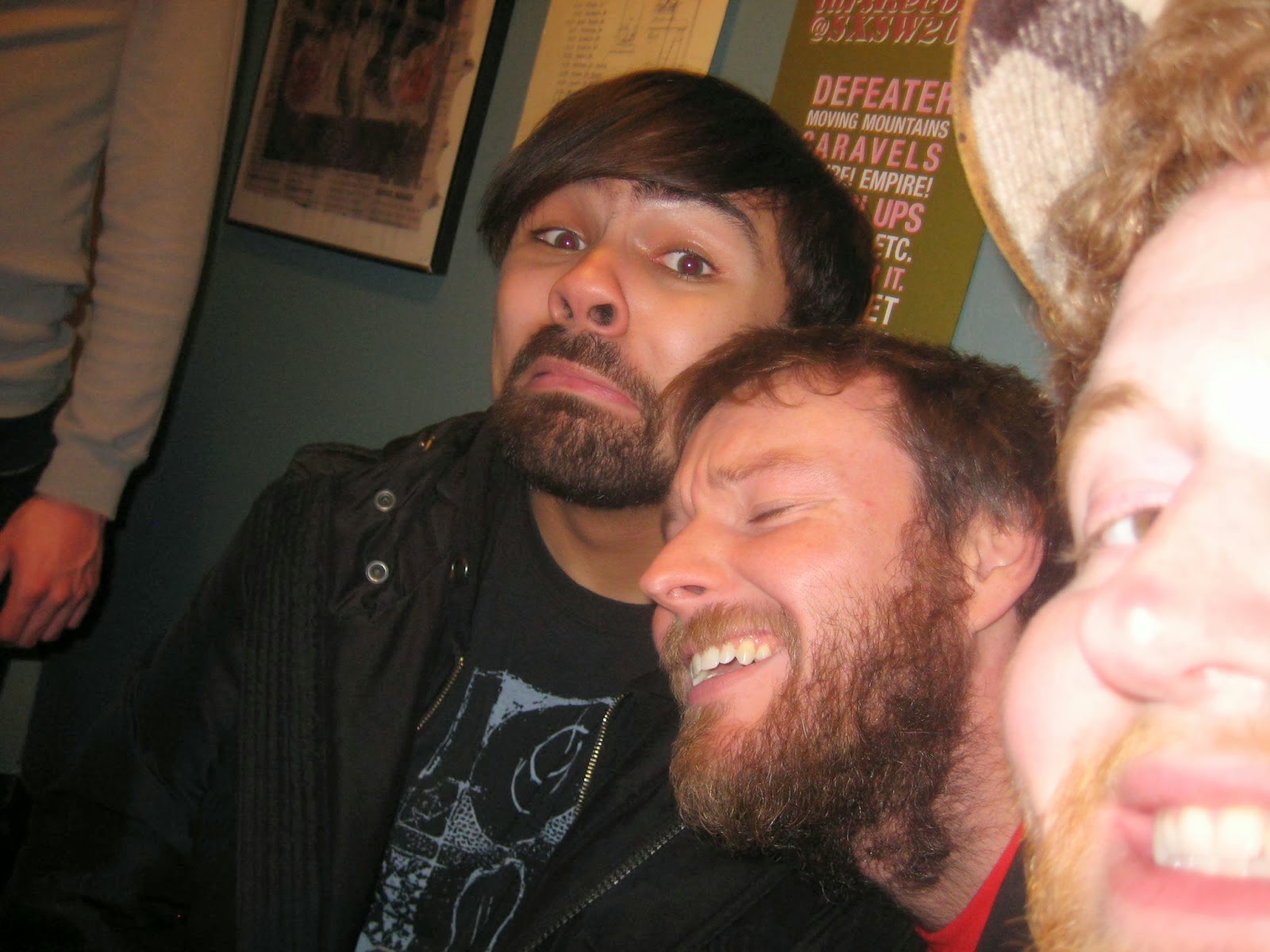 I first heard about YUSUKE on a few Facebook pages and people seemed to be really into them. I checked out their demo and liked it, but didn't quite see what all the fuss was about. I listened to the Delos split 7" and was still impressed, but not floored. Then the band contacted my label about releasing their split with Lori Berenson. I listened to the songs and, simply put, they blew my mind. The production value captured the band perfectly. The insane drums over twinkly guitars kill me every time. To hear what I'm talking about check "If I Had A Quarter For Every Time You Were Inconsistent" from 0:29-0:52 and "Home Is Where The Heart Is, So Consider Me A Zombie" from 0:26-0:56. The vocalist Tony had moved past the crazy shrieking and developed his own combination of yelling and screeching which meshes flawlessly with the quieter moments (yes, think La Quiete) and the emo-violence parts (let's go with King's Girls and Nayru, although Jeromes Dream also comes to mind).

The 'Yusuke/Demo' has a spacier vibe. Songs like "Restraints of Everyday Man" and "Reflections of a Life Once Had" have some really amazing parts but are a little bogged down by the recording quality. The dreamy part in "Echoes" is simply amazing and the build always grabs my attention, no matter what I'm doing. "So This is What it Feels Like to be Invisible" is the band's opus, I would say. The song begins with what I would only assume is Ryan (drums, floor screaming and overall ambiance) as he also does a solo project called Chimess. This cavernous echo continues for a bit before the instruments kick in and liquify your face.

The 'Delos split' 7" is a much heavier affair, with "Oversexed/Overstressed" bustin' outta the gate as one of the band's thickest and craziest songs, while "You Already Blew Out the Candle..." reminds me of Funeral Diner instrumentals coupled with The Spirit Of Versailles screeching, and it's fucking incredible. This split is really where you hear the band come into their own.

The next 3 songs are YUSUKE's side of the 'Lori Berenson split' 12" that will be out in October (probably, the test presses were picked up earlier this week):
*"If I Had A Quarter For Every Time You Were Inconsistent" has to be the band's closer at every concert. I just has to be. The beautiful twinkly intro is reminiscent of Saetia. The middle section is very Anger Is Beautiful meets Nayru. At the 1:16-mark the song slides into more pretty riffs before disintegrating after 1:30 into long, drawn-out s with multiple vocalists screaming. When I saw them play this live (as the closer) a few of the fellas were in the fetal position on the floor belting out those final screams. Such an amazing song. You can check it out on the 'Nerves Of Steel' Zegema Beach Records zampler #3 here or stream it below with the youtube embed.

*"Petals and Thorns" is the band's instrumental/ambient/noise track that is reminiscent of some Mogwai and Godspeed You! Black Emperor that I have come across, but I'll be honest, I know very little about experimental/noise music so I'll stop here.

*"Home Is Where The Heart Is, So Consider Me A Zombie" was the first song the band sent me and the guys told me there was some La Quiete and a fair amount of Saetia and Orchid parts that I would like, and holy sheeat were they right. This quick one-and-a-half minute song is a blazer and easily one of the band's best tracks. I don't really have a favourite part because the song is constantly shifting, morphing and evolving but does so so fluidly that the huge changes in tempo and style are barely noticed because, most likely, you are getting your ears kicked in and loving every minute of it.

I reviewed YUSUKE's full set after their show with Locktender and Shoto in Kalamazoo in August of 2013 when I met the guys for the first time, so check that out here. Sorry about the lighting!

YUSUKE will be having a split record with my boys in Tentacles later this year which the band's are recording for in the next 2 months. That split is going to be insane.