***CARRION SPRING / THE SKY ABOVE AND EARTH BELOW show review*** 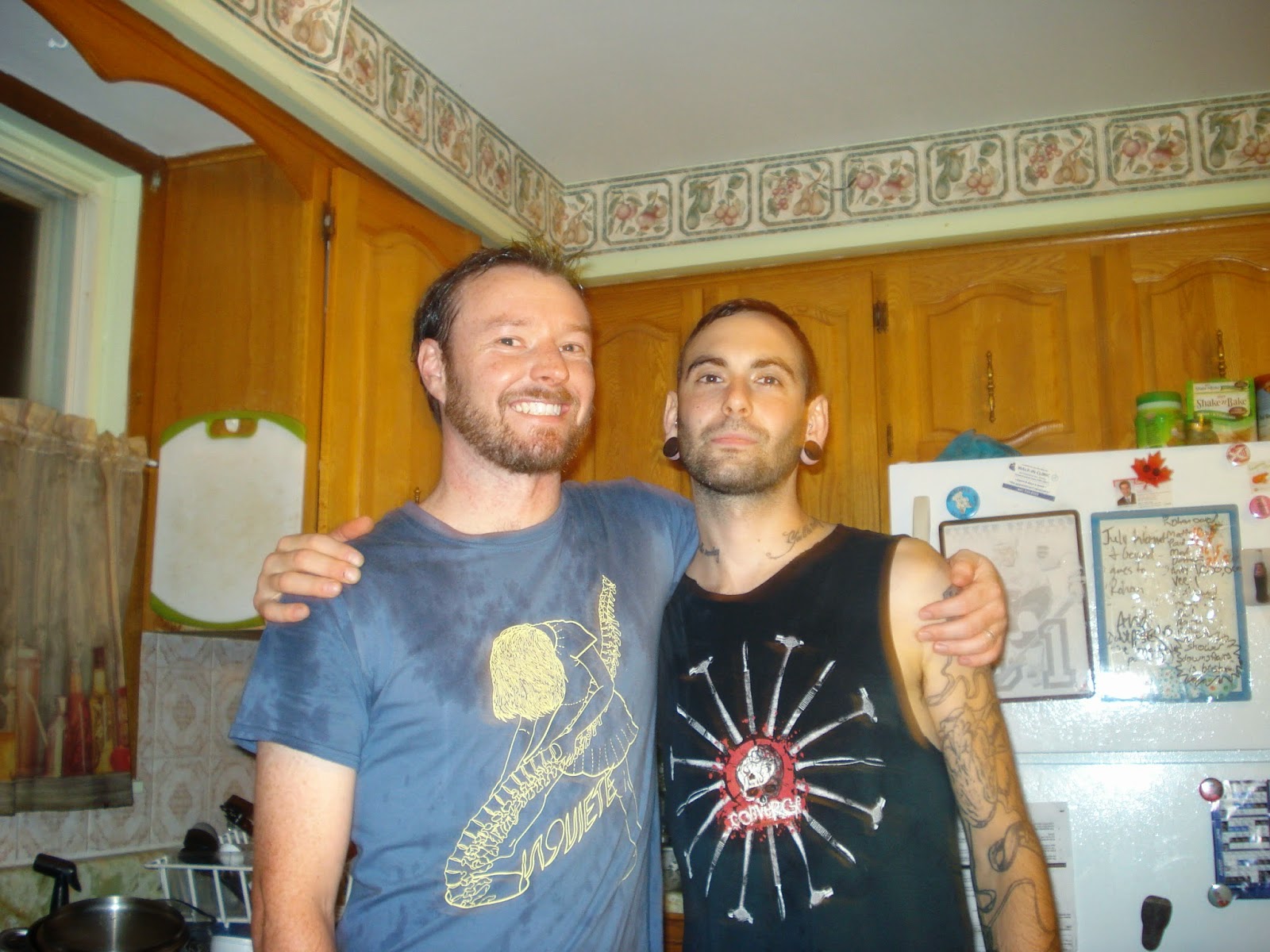 On July 27th, 2014 I traveled an hour from Hamilton to Toronto in order to see an amazing show, but primarily to meet Adam from Carrion Spring and Said Goner, as he and I started working together to release his solo album (Said Goner) almost a year ago which should see the light of day next week (August 2014). It was truly an inspiring experience to meet him as well as the other band members and the guys from The Sky Above And Earth Below, who were awesome and put on a killer set to boot. Plus, I love Reid and Friends For Life Records for being an amazing dude and Em from Foxmoulder for putting on the show. Also, screw the Brittany Spears Party neighbours that lost their cool and basically had the Carrion Spring set cut by 10 minutes.

Check the full set by CARRION SPRING and another 6 live videos by clicking this link.

CARRION SPRING "Lights Out" (orchid cover)
CARRION SPRING were even better than I had anticipated, and watching the new songs in particular was devastating. This is the Orchid "Lights Out" cover, but be sure to check the full set link to see another unreleased song from the upcoming SED NON SATIATA split 12"! Check them out if you like bass-heavy, screamy hardcore with some really awesome noodley guitars. Featuring members of Kidcrash, The Sky Above And Earth Below, Lee Corey Oswald and Said Goner.


THE SKY ABOVE AND EARTH BELOWI've been listening to this band since their demo way back in 2010, but to see them live was a completely different experience. Fans of Gillian Carter, Watch For Wolves and Pianos Become The Teeth take note. Also, fans of phenomenal drummers will be drooling by the time you finish this video.


RESPIRE
videos taken on 2 giant cameras that weren't mine, so instead check this, their teaser video here and then grab their demo EP on bandcamp here, which is unreal.


BRAUERBRAUER always entertains. 4 nice people playing punk songs with a touch of Rites Of Spring and a fair amount of Black Flag.


Check the full set by CARRION SPRING and another 6 live videos by clicking this link.
Posted by Dave Norman at 07:40