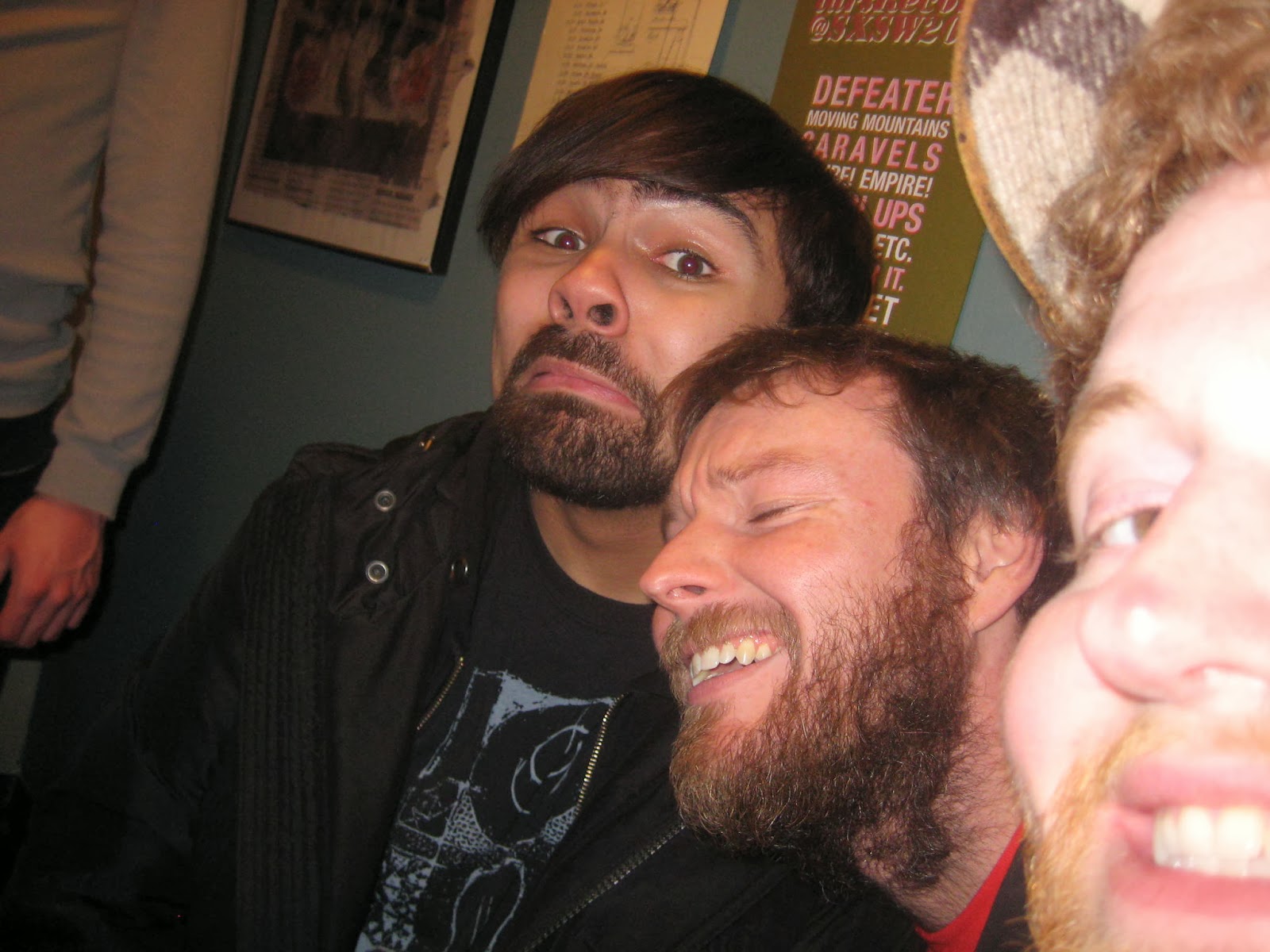 For the entire set from each band, go the Zegema Beach Records page here.


*YUSUKE*
YUSUKE pronounced "yooz-kay' are definitely carrying the spastic screamy meets jazzy/clean hardcore torch, aka for fans of Saetia, Caught In The Fall and The Spirit Of Versailles. I haven't heard anything this exciting in quite some time. I liked their older releases, but their upcoming split vinyl with Lori Berenson is hands down the group's crowning achievement thus far, and I have included 2 of the 3 songs on the upcoming split below, as they were the band's opener (insane drumming once the clean riffs start) and closer (which features an epic finale of screaming and the audio equivalent of the apocalypse in breakdown form). Amazing set and super nice guys. It was an honour meeting them at the show. If you're in Germany you'll be able to catch them at the React With Protest festival that I will fantasize about every night.
*Bandcamp


"If Home Is Where The Heart Is, Consider Me A Zombie"

"If I Had A Quarter For Every Time You Were Inconsistent"

*LOCKTENDER*
Super nice dudes! Fellow Canucks!
I've been injecting LOCKTENDER into my ears/brain for the past few months and I still wasn't prepared for what lay in store once the band hit the...basement. These guys commanded the room and absolutely destroyed everyone. 'Rodin' is coming out next month and the band played 2 songs from it, as well as "The Piazza" from their upcoming Amber split 7". The third video was live premiere of the final track from 'Rodin', titled "Man With The Broken Nose". One of the bands of 2014 - no doubt in my mind.
*Bandcamp
*'Rodin' Stream
*Order LOCKTENDER/AMBER split here


*SHOTO*
Local natives SHOTO took the stage last, accompanied by a member of The Reptilian (I think) on pedal/drone duty. This band, holy shit, is heeeeeavy. The slow, trudging music builds with haunting atmospheric riffing and the thickest bass I've heard in a very long time which explodes with some gutteral screams and growls from the guitarist and bassist, respectively. Check these 2 out and then watch another 3 on the ZBR full set link here.