On April 8th 2013 I went to Toronto to see a killer show with 2 amazing bands for only $10! I have been a fan of both bands for a over half a decade each. Check them out below!

TITAN
I had never seen TITAN before, which is strange because they live 45 minutes away from me, but I've been a fan ever since purchasing their split with June Paik on React With Protest Records (the BEST active screamo label) in 2007. They play a crushing and epic style of groovin' doom-hardcore ala Buried Inside and later Back When and Examination of the.... If you dig any of those bands definitely check out this 9 minute of my favourite TITAN song, 'Warmer Months'. This video is WAY BETTER than the Loma Prieta video, as the sound was better and I got a very intimate view of 4 of the 5 members. In short, their live set was extremely tight and to be honest - my respect for this band has been catapulted into the realm of 'mad'. I would strongly recommend that you see them if they play near you. I spoke with 2 of them after the show and they were awesome guys, and the singer looks exactly like my Dad when he was 25 years old. Here's the picture - and the video. If you end up digging these here fellas, I would throw a little Bokanovsky and Breag Naofa your way. 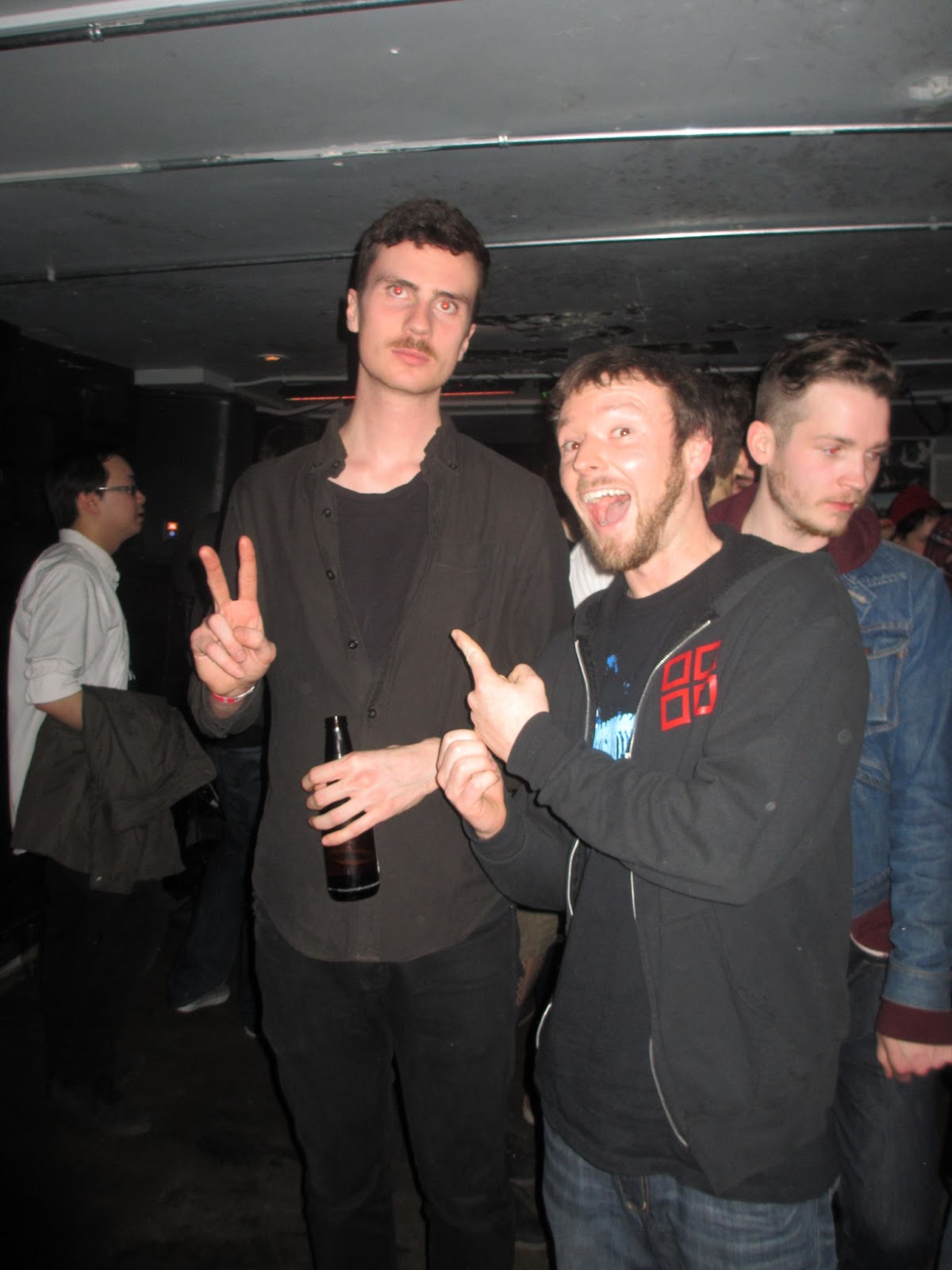 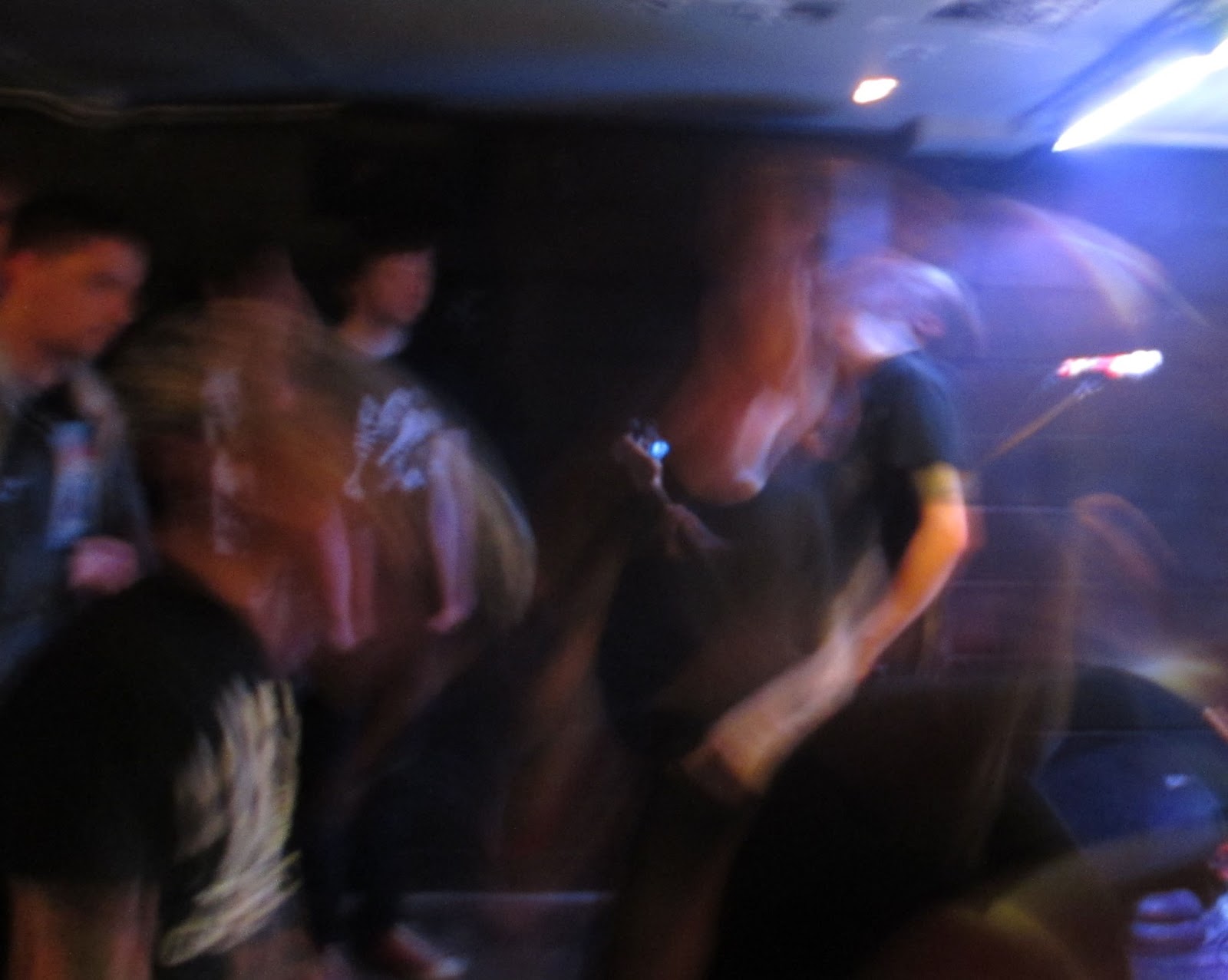 
LOMA PRIETA
This was my third time seeing these guys in the last 18 months. They always pull off a tight and intense set, but the sound is always a little muddled. April 8th was no exception. As per usual, I could only make out bits and pieces of the songs live - only when I could pick out the melody, which would generally be slow parts and breakdowns. They are a great band to see live, just make sure you know their discography quite well before you go, or the majority of the set will sound like a wall of noise. The end of this show was a little awkward, as one of the guitarists had feedback off and on throughout the set, and he literally snapped, then snapped his string, then ripped off all of his strings and finally threw the guitar on the stage and stormed off. If you get the chance, check these guys out live. I, however, will wait for a new album before I see them for a fourth time since releasing the album IV, as it is no longer worth the transportation time and cost for me to see the same set of songs again.

BIRTHDAY BOYZ
I've been linking some Youtube songs for my friends who were unaware of certain bands. This band is extremely obscure and they had 2 very limited vinyl releases, of which I've never been able to discuss with anyone because no on has heard of them!. Let's change that. If you like mathy/noodly screamo with two vocalists (think Caitlyn Bailey, early The Fall of Troy and early Desiderata with a lot of Blood Brothers-esque back and forth screaming) coupled with lyrics about how awesome Michael Jordan is, check this out. I love the BIRTHDAY BOYZ, and the best song that they ever wrote isn't located anywhere on the internet that I could find, so I mixed down the 7" record to an mp3 and posted in on Youtube. Here's the link - enjoy!

In case I haven't sold you on these guys yet, here are the lyrics - I shit you not:

"Look out Michael, Michael Jordan.
Who makes the play that wins the game? Michael Jordan!
Ball: through the hoop.
Player: Make the play.
What? Basketball!
MJ,LJ,JC and we. Birthday Boyz!
In our lives there came to be a man above all others and his name was Michael Jordan.
Michael Jordan."