THE WORLD THAT SUMMER - Day #3 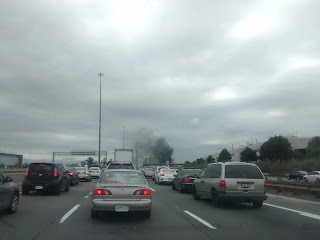 This was our last day of "tour" (hah!) and it was a blast. We got to play Soybomb a second time as THE WORLD THAT SUMMER before its (most likely) untimely demise in January of 2017. Getting to the venue from Montreal (show review here) was no sweat but getting home afterwards wasn't so easy, as we came across some flaming wreckage coming into Mississauga. I think we played pretty well, albeit fast and angry because it took us forever to get things ready cuz of a borrowed amp wiring fiasco. Nonetheless we just cut one song and blasted through as quick as we could, but what came of it was us enjoying playing even more. Especially Jesse, cuz he was frustrated. An angry Jesse means an awesome drummer for the night. Here is the first song on our upcoming 10" split with Nionde Plågan that we should have in our hands in February. It's called "What is Dead May Never Die" and is a high five to Game Of Thrones and a massive middle finger to people in power.

FOND
Here are the first two FOND videos from the band's (ex-Animal Faces) very first show. This logical progression from the final three Animal Faces releases, it is the same two on guitar/bass with Rob from Shahman on drums. The songs are generally post-rock/emo shoegaze with a dreamy, hazy garage rock twist. I've got more videos from their show on November 30th in Hamilton so those will be posted in a week or two with the Shahman interview.


SLOW MASS
I'd never even heard of SLOW MASS before, but holy fuck they blew me away. Ten seconds into their opener "Dark Dark Energy" I was digging hard, with perfectly placed plucking and a soft/loud dynamic that has hit single written all over it, although I'm sure that won't be the case :( The band plays an amazing mixture of Cursive, Worst Gift and perhaps even Weezer inspired indie rock with some thick, hammering cuts mixed in with the ultimate groovy songs. Check out the opener below but be sure to jam "Nice But Not Kind" as it is very different but just as amazing. Their 12"LP 'Treasure Pains' was an accidental exclusion from my top albums of 2016 because I somehow erased their name when compiling my list. God fucking damn it.
Links to songs:
"Treasure Pains"

"Portals to Hell"
"Nice But Not Kind"


SHAHMAN
SHAHMAN is the collective effort of brothers Pete and Rob who reside in Toronto. They have been making music for a long time and it shows. This was their release show for the "Fragments of a Distant Light" tape LP (which I have in stock here, as well as their last two 12"s here and here). It awesome. If you like dreamy, weaving and intoxicating atmospheric indie rock then holy moly this is for you. They also run Art Of The Uncarved Block (a label). Look out for an extensive interview with the twins in the next two weeks!
Link to song: *2*
ffo: Nirvana and Slint
Bandcamp
Facebook
-----o----- 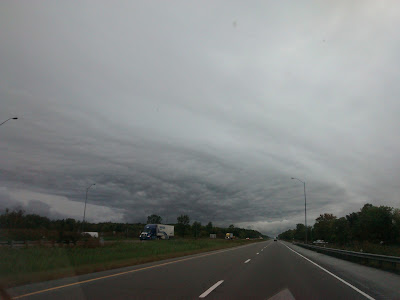