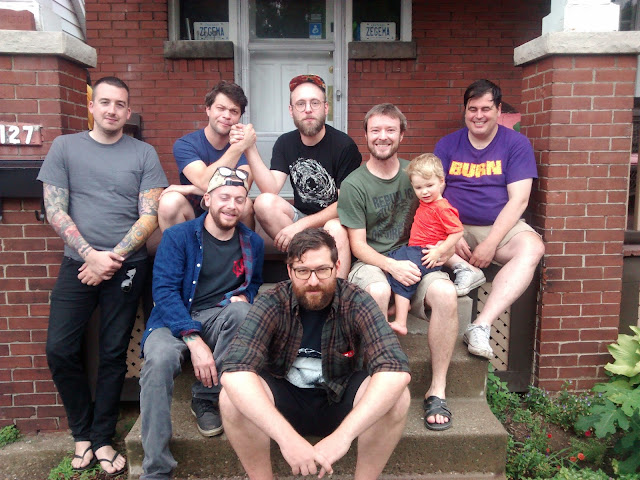 On August 1st, 2016 an epic basement show happened that almost didn't come into being. After failing to find a venue in three different cities, some local friends/fans offered to put up their townhouse for a show and they'd never even had one there before. Needless to say I was a bit worried about the show coming to fruition but with the exception of one neighbour's complaints near the end of the evening (9:30 on a Saturday) the show went off without a hitch. Actually, it was fucking amazing. Twas truly a night of friends and people hanging out with 15-30 minute bursts of noise. I made a little 7-minute clip show a few weeks back that you can watch on zee right here -> 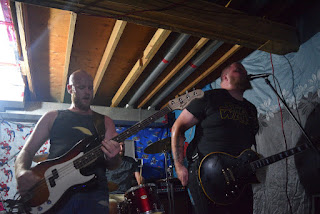 This is the band I do vocals for. Matt from Terry Green was nice enough to film two of our songs, the first from a split 2x12" with 7 other bands called "The Standard Gravity of Impending Doom" and the second from an upcoming split 12" with our Swedish friends Nionde Plågan with a tentative title of "Faction: Religion" that I fuck up by bringing in my vocals too early. Still, both songs sound pretty decent and are pretty dang heavy post-hardcore/post-metal...or something along those lines. We've got another show on September 3rd, 2016 at The Doors Pub in Hamilton (facebook event here) with some killer bands such as La Luna, Sarin, In The Name Of Havoc and Not For You. 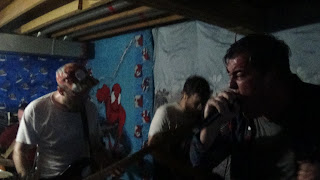 From Montreal, these six fellas surprised me by playing directly after us and bringing the house down (not literally) with their expansive and gravitational post-rock, post-hardcore and post-metal sound. They played a few unrecorded tunes, broke a string, spoke French and stole our hearts. Science bless Black Love. Can't wait for that new LP, fellas! The members also spent the night at my place and were excellent house guests, with Janic even kissing the picture of my family goodnight before going to sleep. If you haven't checked out the band the video of a new song below is a prime place to start. 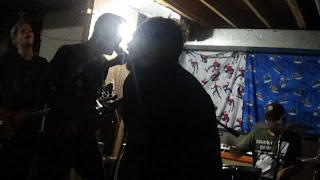 As per usual, Respire kicked major ass, even without Emmett their trumped player who was understandably incapacitated that night. The five available members went all out with their new material from the upcoming 12"LP 'Gravity and Grace' which is currently at the pressing plant and will be released on Zegema Beach Records, I Corrupt Records, Dingleberry Records and Ozona Records this fall. The band also had a strange incident involving a stolen shirt that turned up as a birthday present on twitter the following day. Weird. Anyways, check out the four videos below and see why people are calling their LP album of the year. 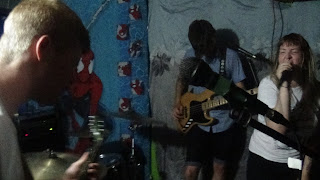 I was lucky enough to have both final bands say yes to playing this date so I definitely think this was a stacked fucking show. The four piece boasted their new drummer Keon and the band ripped through what must have been at least 20 minutes of scathing, snarling and screamy hardcore from Toronto. The band draws from a myriad of influences and ends up sounding like their own beast whose parents may have been linked to the Killie and Loma Prieta bloodlines. The band will also be playing the same show as The World That Summer on September 3rd, 2016 at The Doors Pub in Hamilton (facebook event here). 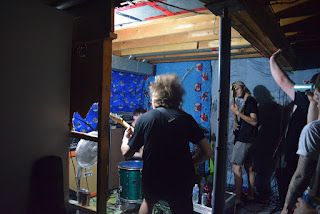 They did it again, but it's no surprise here. Mississauaga's Terry Green were an epic closer of sassy, emo/screamo akin to Gillian Carter, Monte Ida, State Faults and The Reptilian. Amidst spilled beers and pressure to "not play too loud", the boys ripped through four or five songs in less than 20 minutes to close a truly magical evening. The tracks have all been laid down for their debut 12"LP that will be released on Zegema Beach Records likely early next year, so get stoked for that. I post about this band a lot because they are amazing people who make amazing music and deliver it in an amazing fashion. Love you guys.