Shit's getting real over here. The 2x12" gatefold 8-band/4-country split has an artist being revealed weekly, the most recent being Vi Som Alskade Varandra Sa Mycket from Sweden and the second band will be announced on Tuesday February 2nd, 2016. The Protest The Hero boxset should be going to the printers in the next few months. Lots of interviews coming up this month as well as at least three song premieres. Holy shit. ZBR also has a bunch of distro coming in (some of which has already arrived) and includes records from Desordre Ordonne, Skeletal Lightning, Adagio830, Dingleberry and Shove which cycle through the new items page (linked here) before dispersing into their proper categories (12", 7", cassette, etc.). The new Zampler #6 is up for free download and with a new month comes 200 new free downloads from bandcamp, linked here. The ZBR distro along with the band I'm in (The World That Summer) is playing our first Toronto show on February 6th with Black Love and Terry Green at the Worst Gift 12" record release show, linked here. Let's get to it. Here's last month's tracklisting for the OMSBmix#1 that was reviewed in January.

2) ADAJE - Harrowing Sounds From the Ravine 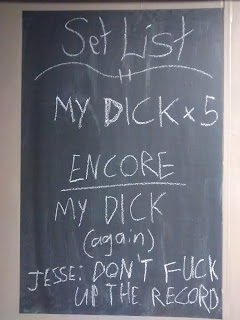 4) TEENAGE SWOON - Where I Live

5) TIME IN MALTA - This Revolution

6) FACE TOMORROW - Worth the Wait

9) THE SOUTH - D is for Destruct-Icon

11) FALL OF EFRAFA - The Warren of Snares

During the following month, I will post reviews for those bands and link the tracks to the review so you can associate the two together. This way you can listen to a new song/band and have little-to-no bias. Below, I have re-posted the February mp3 mix that is used for this month's reviews.

The new OMSB mp3 Mix #3 has 11 songs of awesomeness, including:
*-* early-mid 90s classic punk/emo/screamo/hardcore
*-* a voice as soulful as Rocky Votolato, set to music reminiscent of Waxwing
*-* a band that sounds like The Bronx meets Botch and Every Time I Die
*-* pre-Pelican post-hardcore/metal...with vocals!
*-* holy crap, that's not The Blood Brothers?!?!

Any bands/labels that are interested in having their stuff reviewed, please email zegemabeachrecords@gmail.com: with "Open Mind Saturated Brain" as the subject. Please keep in mind that I don't review everything, just what jives with the blog. I will, however, listen to everything you send me. I would recommend emailing with an idea for a song/album premiere 2 months prior to that song/album release date for a much stronger chance at being reviewed on this blog. Bands that have already had their discography reviewed can also submit new albums for review if they include song/album premieres.
Posted by Dave Norman at 16:12